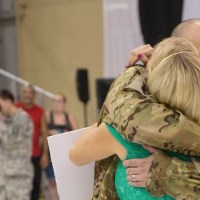 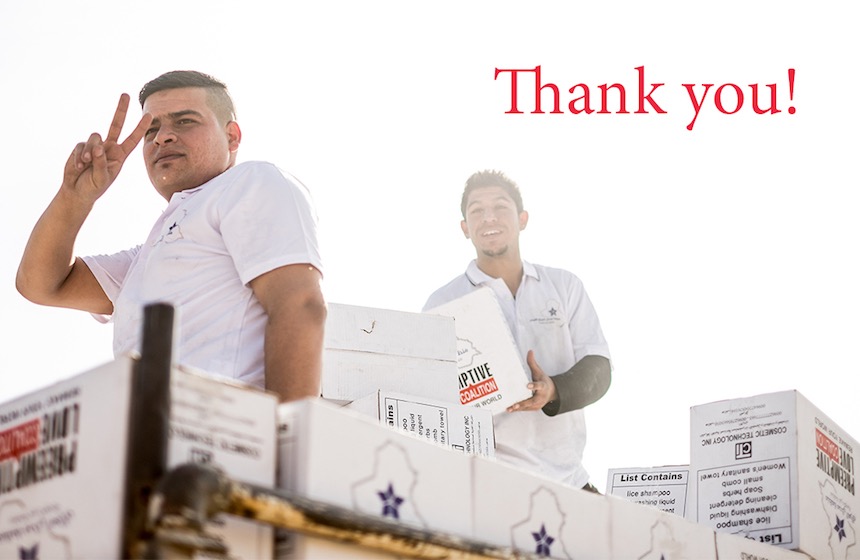 On behalf of all of us at Preemptive Love working on the front lines in Iraq and Syria: thank you.

In 2016, you helped us be first in and last to leave for families on the front lines of conflict.

You were the first to show up inside the Fallujah militarized zone last summer, when the city was being liberated from ISIS. You showed up first to get food, water, medicine to those who needed it most.

You were there when ISIS rolled up on our team, stranded in the desert outside Fallujah, and when US airstrikes laid our team flat on the ground.

You’re with us in Mosul, as the fight against ISIS continues. Over a million people are trapped, not leaving their houses. They’re desperately in need of someone to come into the conflict zone—not to hang back in the safety of refugee camps far from the front lines, but reach into the most violent, difficult places.

No other organization on the planet is reaching some of the areas in and around Mosul, where you are reaching with your love right now.

You’ve been with us as we’ve expanded our work into Syria. You were first in line, ready to help as thousands fled violence in Aleppo. You’ve helped us feed as many as 50,000 people in one day.

You’re with us inside Aleppo, as we help people get back into their homes, as we rebuild and refurbish and provide jobs—all to help people stand on their own feet and reclaim their lives from violence.

You delivered over two million pounds of food under the blazing Iraqi sun.

You brought over four million liters of water to people who need it most.

You’re in all these places—and we’re only there because you keep showing up with us.

We are so honored to be in this with you, and we’re excited to travel this road together in 2017.