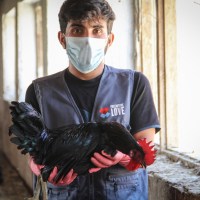 “I am so thankful to your organization. You are literally the first organization who knocked on my door in years,” Wahida tells us. Wahidi lives in Afghanistan, and our community and hers are connected together by the belief that we all deserve to live in dignity.

Prior to the fall of the government and the rise of the Taliban, Afghanistan had grown to be a foreign aid-dependent country. This meant that as soon as the Taliban took control, the global community withdrew its support. The economic situation quickly deteriorated and had a massive negative impact on most of the population as direct funds and jobs disappeared.

This, coupled with the economic sanctions imposed on Afghanistan, has made it difficult to attract investment in the country, which has delayed growth. Women have also been denied access to their jobs since last August which has severely limited the circulation of money in the country. People are desperate to work but unable to find jobs that can pay any amount of money.

In this tenuous situation, we piloted a project which gave 15 chicks to 10 families in Kabul. This project included building chicken coops, providing chicken feed, poultry vaccinations, and most importantly, training for the recipients of the chickens.

Wahida, a 41-year-old mother of seven, is one of the women who received chickens. Her life has been a struggle for decades. 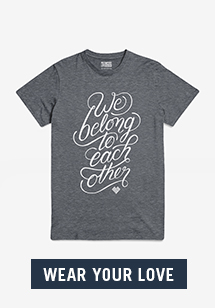 “My husband has been addicted to drugs for the last 25 years,” Wahida tells us. “Even before we got married. At the beginning of our marriage, despite being addicted to drugs, he was able to work. He was a mason. We tried to help him free himself from drugs – but he fell into it again and again. Our last attempt was 4 years ago.”

“Five years ago, due to our desperate financial situation, he married off our youngest daughter, who was not of marriage age. This year, due to a similar financial situation, our second daughter is also engaged to be married. She is barely 17. My youngest son is only 10 years old and used to sell plastic bags in the street. Now, he’s also collecting used bottles and cans in the street to sell. My 10-year-old son is literally the breadwinner for the family,” Wahida tells us.

“We also collect our meals, at times, from just knocking on the doors of strangers. For winter, I’ve already started to collect bushes from the mountains on the outskirts of town [to burn].”

Wahida is living so close to the margins, she can’t afford to make a mistake. According to Afghanistan’s Ministry of the Economy, 90% of the population now lives below the poverty line, earning less than $2 per day. The families who received these chickens live almost 20km from Kabul and live on less than a dollar/day. Chickens provide the chance for families to get a good source of protein close to home, and also provide the opportunity to sell the extras, and then cover their needs. Once the chickens start laying 10-15 eggs per day, it will almost double their income per day.

Chickens are the start of a long-term investment in families. Wahida says it’s the “biggest assistance for me and my family. I will be forever grateful.”