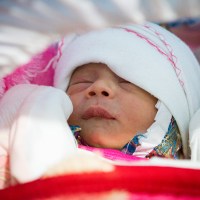 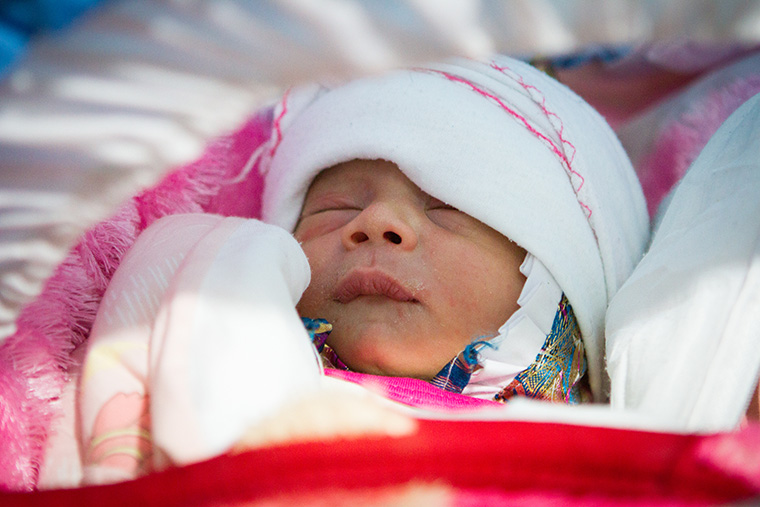 We wanted to give you an update on Baby Aram. When I last saw him, he looked impossibly small in his incubator. His whole body heaved in the effort to breathe. Obstructive bronchitis and pneumonia are so dangerous for one so young, never mind one living in a shipping container.

Thankfully, he responded to treatment, and was released tonight! He’s not well yet, but at least well enough to go home.

Sozan–she’s better too. She’s not crushed with fear anymore. There has been so much pressure on her since fathers aren’t allowed in this wing of the hospital (we witnessed staff chasing out Sozan’s husband when he snuck in for a short visit), so the burden of care fell on Sozan alone. She didn’t always understand the doctors’ different dialect, so she spent many hours worrying, alone.

Our friend here, Belen, has become close to Sozan over the last several months and has been there to help. Belen’s youngest son was critically sick with a similar infection last year, so she was able to share her experiences. Belen was able to ask informed questions of the doctors, and worked hard to translate answers to Sozan. When Aram got sick on his only blanket at the hospital (families have to provide their own blankets), Belen brought some from her home.

Most importantly, she shared Sozan’s fear and pain as only another mother can. There have been tears and hugs, and finally smiles.

All of the kids in their community are sick. When we visited today, they were all coughing and obviously unwell. Several have been in and out of hospital with this respiratory infection.

We so appreciate your care and concern for these families. They have lost so much in the last year. Your support and concern matters.