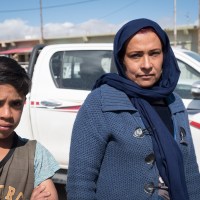 You were a young Yazidi woman when you said “I do.” You thought you knew what married life would be like, what motherhood would bring. You thought you were ready for anything, as long as you faced life together. 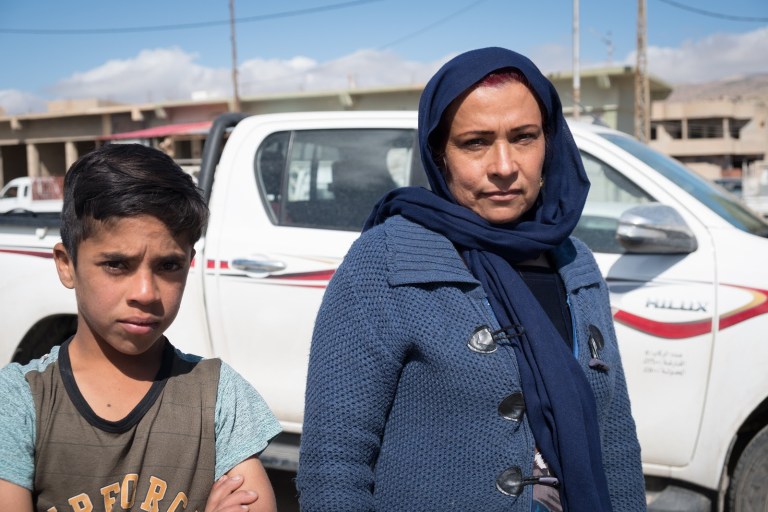 For you, life didn’t turn out much like you thought it would.

How could you imagine yourself standing at the open end of a transport truck with your son, lifting down the food, sent by strangers, that would feed your family for the coming weeks?

How could you imagine living in someone else’s empty house because your own was destroyed by war?

How could you ever imagine that returning to your home in Sinjar after the war would be so hard, that your husband wouldn’t be able to find work, that your children would be hungry?

You couldn’t have imagined any of it—yet here you are.

It isn’t the physical hardship that troubles you most, though. When asked how it feels to be back in your community of Sinjar after having fled from ISIS, your real fear comes through.

Even as you rebuild a life for your family, you worry that another group of soldiers will come and take it all away.

Yet somehow you keep moving forward. 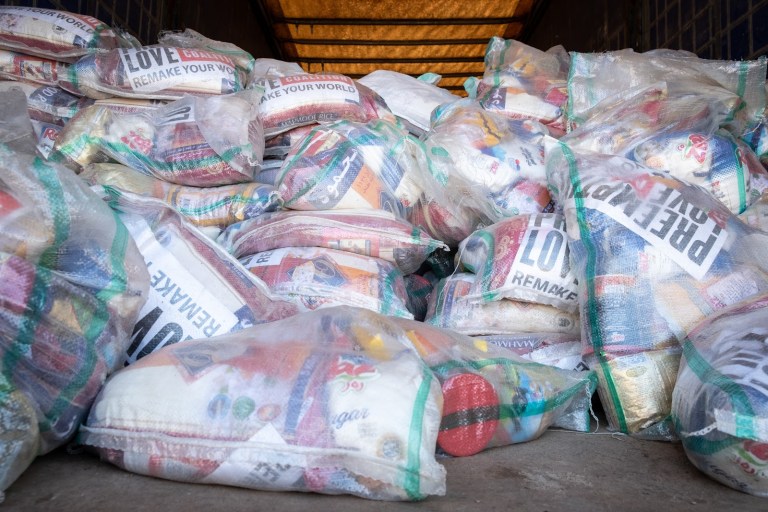 There weren’t as many women at the recent relief aid deliveries in Sinjar, northern Iraq, as we see at most deliveries. So many former residents are still displaced, living in camps, or in distant communities. 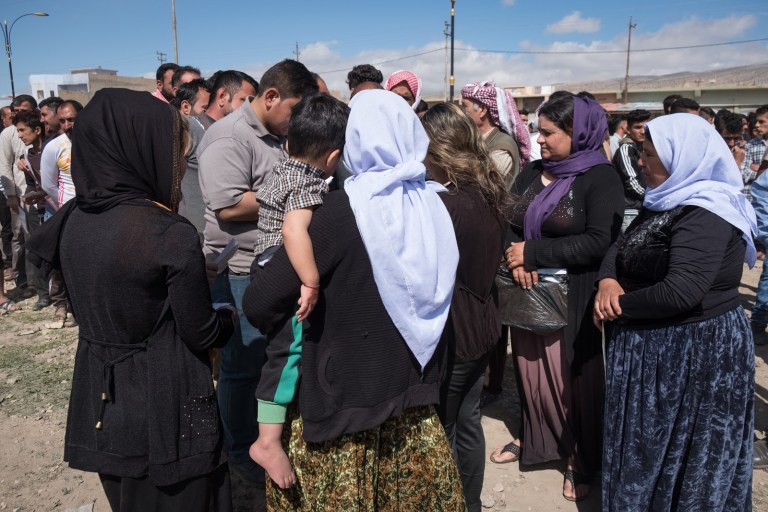 There are 3,000 women and girls who were taken by ISIS and are still missing.

For the women who have returned, for those who lined up to receive flour and sugar, lentils and tea, they are strong advocates for their families. They have to be.

The packages of food you provide are substantial enough that women can’t carry everything at one time. Each woman quickly came up with their own strategy to collect their food and find a way home with it.

Women who came alone paired up with those who came with children—they collected their food together, one portion at a time, and made a pile near the trucks with a child in charge of watching over the food. 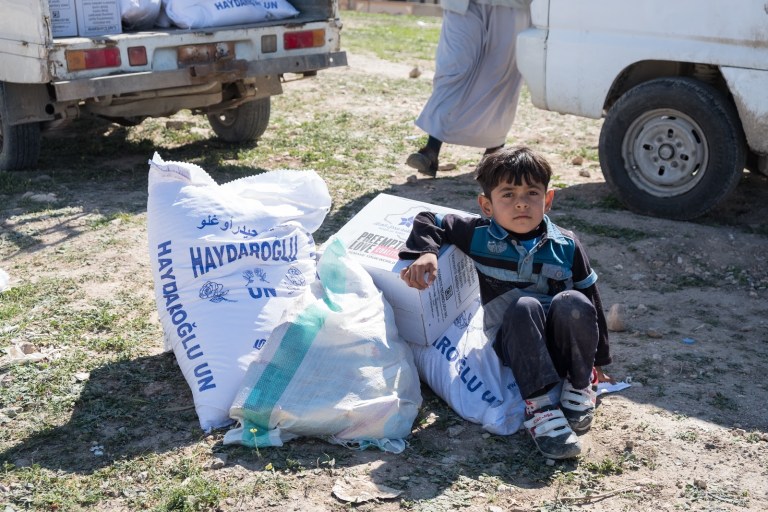 Next they found a neighbor with a car or truck, who would help them get their food home. Each vehicle carried the aid for several families—back seats piled high with food as well as hygiene kits, and trunks stacked with sacks of flour until the chassis sagged low.

Once the vehicles were completely full of provisions, the women walked home, slowly making their way from the distribution site until they disappeared into the neighborhood, their white or lavender headscarves the last dot of color visible before they rounded a corner.

They gladly walk—for a few weeks they won’t have to worry about hearing their children’s stomachs rumble with hunger. 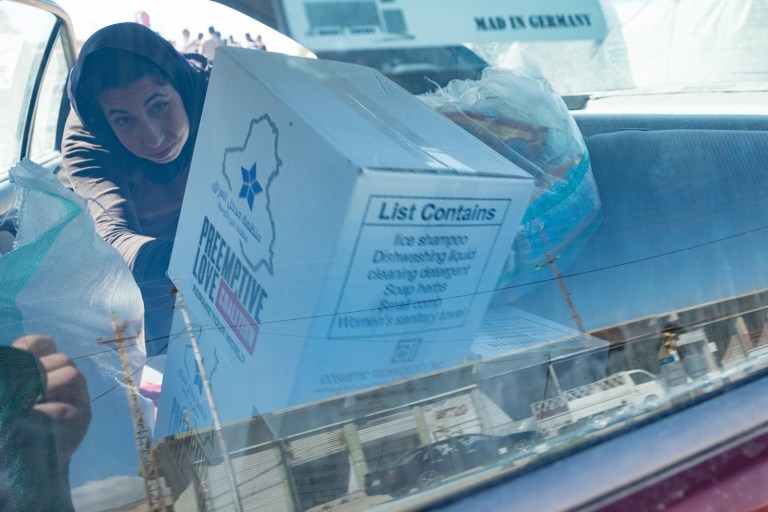 When we sat with “M” in a neighborhood a short drive from the distribution site, we kept the conversation light. Her mom sat to her right, and her brother answered most questions on M’s behalf—they are understandably protective of her.

M is one of the thousands of women taken and abused by ISIS.

When she and her husband fled their home in 2014 with thousands of other Yazidis, many ran to the mountains for safety. But M and her husband had a small truck. They hoped they could outrun the danger if they raced from the city by road. It was a risk that proved deadly—ISIS captured every family that fled the same road they did.

M hasn’t seen her husband since.

I sit to M’s left and play peek-a-boo with her toddler son. He’s shy, but when I’m patient, he lets me tickle his chubby calves and ankles with the tips of my fingers.

He never got the chance to meet his father like his five older siblings. M was just a few months pregnant when ISIS tore her family apart. She named this youngest child Sinjar after their homeland. And it is Sinjar who gives me hope.

M’s cousin lives next door, and her brother around the corner. Young Sinjar is growing up without many of the basic things we take for granted, but he is surrounded by love. He’s already confident that his mother’s love is fierce. He is learning that family looks after each other.

And on this day, he experiences love that reaches halfway round the world to find him.