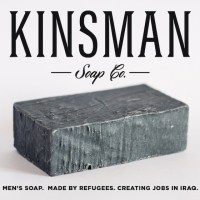 They’re some of the toughest men on earth.

Men who stare death in the face. Men who stand up to ISIS. Men who refuse to abandon their families—even when their homeland is overrun by militants bent on their destruction.

If you think “refugee” equals “weak,” then you don’t know these men.

Their strength is in their quiet determination to protect their families. It’s in their refusal to bow to hate. This strength can be found in every bar of soap they forge with their hands.

Kinsman Soap is their act of defiance. It’s their future, reclaimed from the ashes of war. It’s also a pretty great bar of soap, hand-made with all-natural cleansing goodness—no artificial ingredients, perfumes, or dyes. 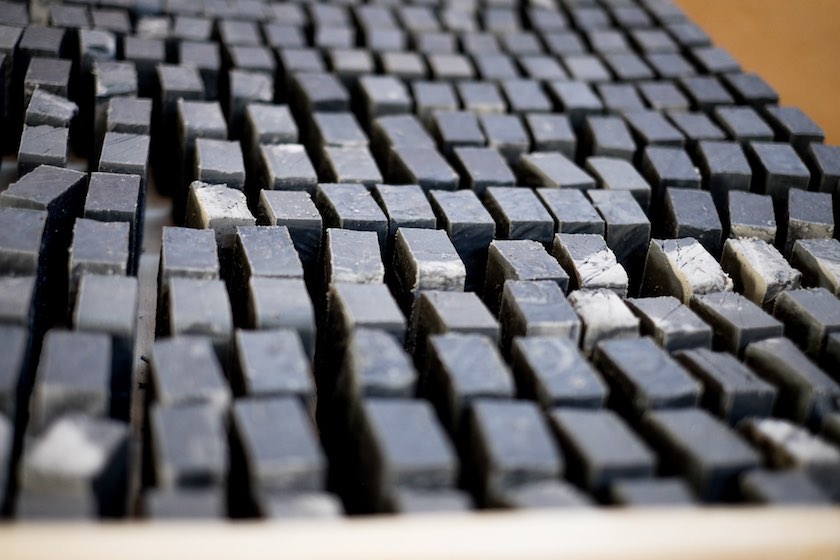 The real power of this soap, though, is not just the way is cleans but the way it transforms refugees into craftsmen. Survivors into overcomers. Every bar they sell helps them grow their business, feed their families, put their kids back in school, and reclaim what ISIS took from them.

Kinsman Soap is our latest job creation initiative in Iraq. It offers dignity over dependence. It’s an investment in men who won’t rest until their future—and their families—are secure.

You can join them in this quest. You can stand with these men—your brothers—as they build a new life. That is a bond that cannot be broken.

Here are two ways you can take action:

We sell most of our soap in Iraq, strengthening the local economy. But we’re also bringing a limited supply to the U.S. to share with you. Each bar is forged by hand with ingredients like beer and activated charcoal, delivering a rugged clean feel.

You can buy Kinsman Soap for $10 per bar (plus $5 flat-rate shipping, regardless of your order size).

This is about so much more than a brick of soap. This is a call to stand with your kinsmen—those who refuse to give ISIS the last word. We’re asking you to walk the road with them, to empower survivors-turned-overcomers like Faris, so they can thrive now, instead of having to wait until ISIS is gone. This is about standing with your brothers day after day, month after month.Kinsman Soap has already helped Faris build a thriving business. Today, he earns enough to care for his family of 14. He doesn’t depend on a handout; he is shaping his own future.

Your monthly gift of $30 will empower men like Faris, providing the equipment, training, and support they need to reclaim their lives from ISIS. As a thank-you for standing with them, you’ll receive three bars of Kinsman Soap. The first 100 sponsors will also receive three more gifts throughout the year from refugees you’ve empowered. (Valid through June 30.)

Plus, when you order by June 9, you’ll have the option to receive a Father’s Day card to give to your dad. Your bars of Kinsman Soap will ship as soon as they arrive from Iraq.

No amount of distance, danger, or difference can sever the bonds of kinship. Stand with your brothers in Iraq. Empower a soapmaker today.