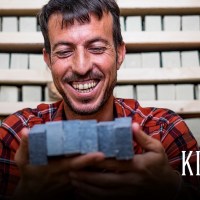 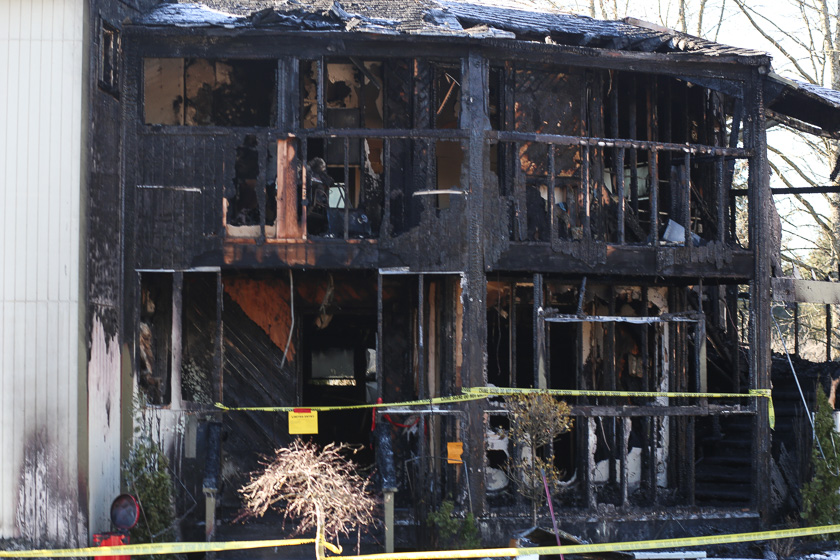 “You know, Courtney, for every terrible thing like this that happens, there are hundreds, if not thousands, of acts of love that create a ripple effect, touching all of us.”

Those were the first words Aunty Farida said to me yesterday morning, as she climbed into my car to go get a cup of tea together.

The night before, a transient man with a criminal record and a history of mental health problems lit their mosque on fire and then laid down on the asphalt to watch it burn. With the help of some accelerants, the fire spread quickly, severely damaging the back half of the Islamic Center of the Eastside, despite Seattle’s wet climate and recent sub-freezing temperatures.

The local police and fire departments responded quickly—the man was arrested within minutes and the fire was extinguished shortly after. But the damage was done.

Farida was one of the founding members of the Islamic Center 14 years ago. She raised her kids there, led women’s groups, and called it home. The first time I met her was at the mosque, as part of a project I was working on to create a sense of solidarity between Christian women and Muslim women. We took photos on a beautiful blue carpet in an area that is now just charred 2x4s.

I called Farida as soon as I heard about the fire and I asked if there was anything I could do. She said I could take her out for tea. 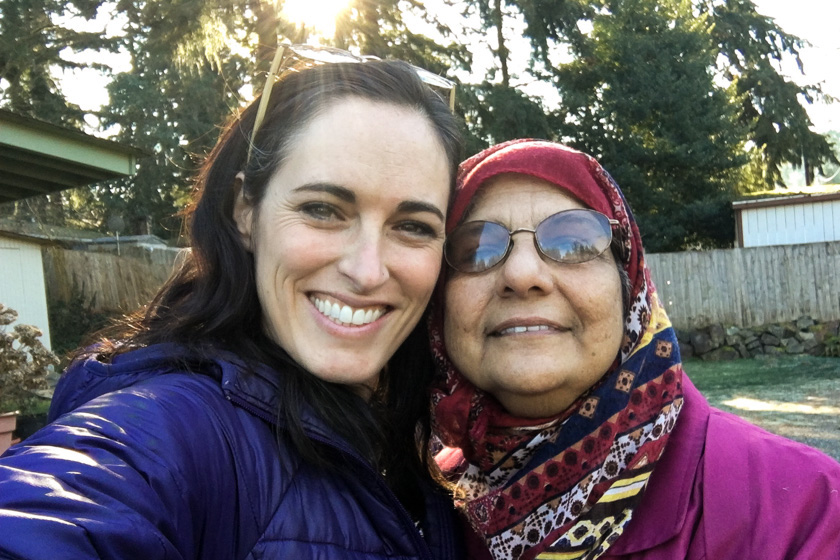 As we settled in with our croissants and drinks, I expected to hear Farida express sadness over her loss or anger at her community being targeted like this. But instead, she talked about how her heart went out to the man who did this.

She said how she wished the mosque had been able to help him somehow, and she lamented the brokenness of our justice system in dealing with mental illness. She hoped he could get help and was glad that at least he was somewhere safe and warm today. She hoped that in their anger, people wouldn’t judge him too swiftly.

Her primary concern was the well-being of the man who had lit her mosque on fire and helping the rest of us consider his humanity in the midst of our anger. It was a beautiful, inspirational sentiment—and one that I heard echoed by several other members of the Islamic Center.

After tea, I suggested we stop by the masjid (the Arabic term preferred by many Muslims for their place of worship) so she could show me the damage. We arrived to find a gorgeous show of support—several dozen bouquets of flowers, signs, cards, and a book full of encouraging messages. 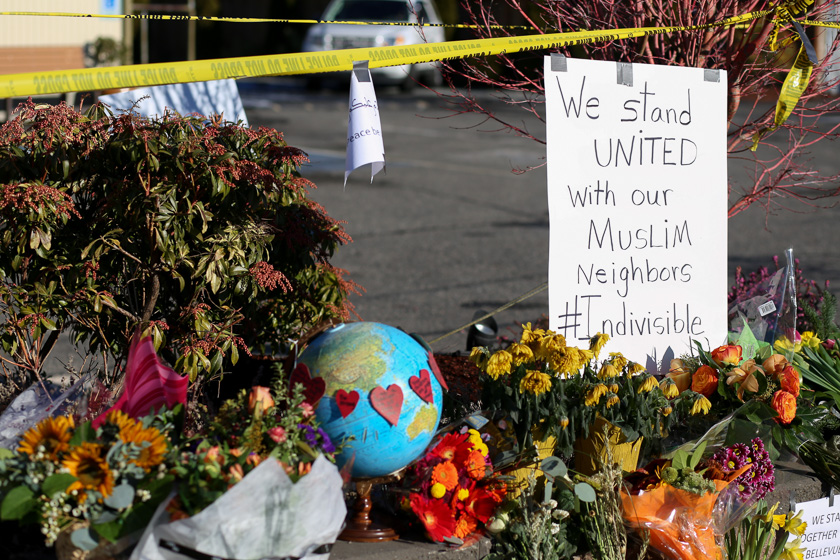 As we stood there, trying to take it all in, people started approaching Farida to say how sorry they were. Passing cars slowed as people leaned out of their windows to offer condolences. In the 20 minutes we were there, six different people (none of them Muslim, all of them women) came up to us. One woman, Susan, attends the church next door and offered her services as an architect pro bono when it came time to rebuild. 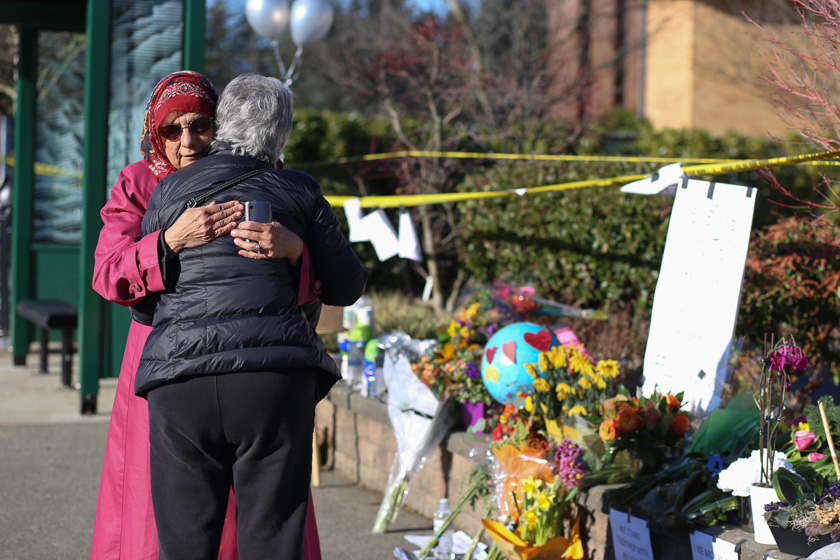 Farida and I drove home with our hearts full. It was a weird way to feel after visiting a burned-out mosque. Farida reminded me of her belief that the ripple effects of love can overcome a single act of hate. Then she asked, “This is what my religion teaches me—is this any different than your religion?”

Last night, a community meeting was held at a local high school to explain what had happened, answer questions, and tell people how they could help.

The turnout was so great that the crowd overwhelmed the school’s 450-seat auditorium. People lined the walls and filled the stairs. The fire chief joked about the fire code before stating, “This is one of those times that you just let the code go”. 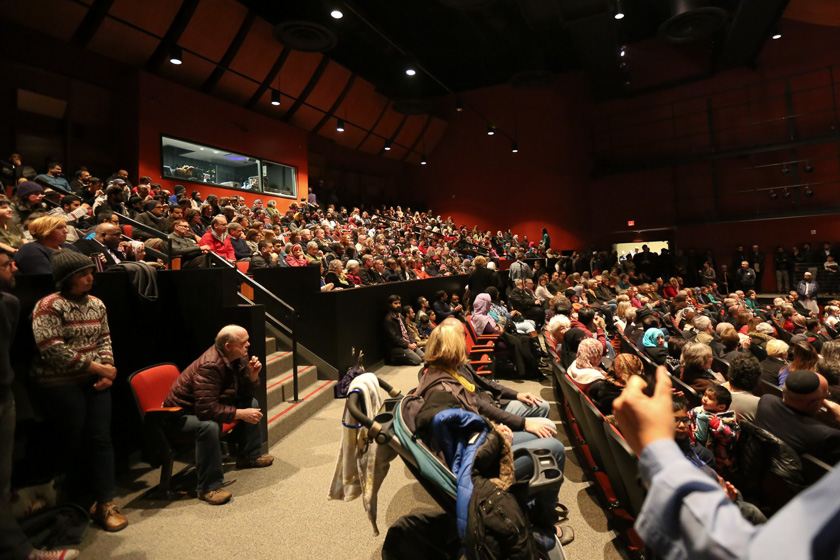 To the hundreds of people who wanted to know how they could help, the Islamic Center made their answer clear: come together and unite the community. After the meeting, they set up refreshments and encouraged everyone to stay and socialize in order to build the community better and stronger.

As everyone streamed out of the auditorium, the evening’s emcee shouted, “Remember, the point is to meet someone new! Not to talk to people you already know!” 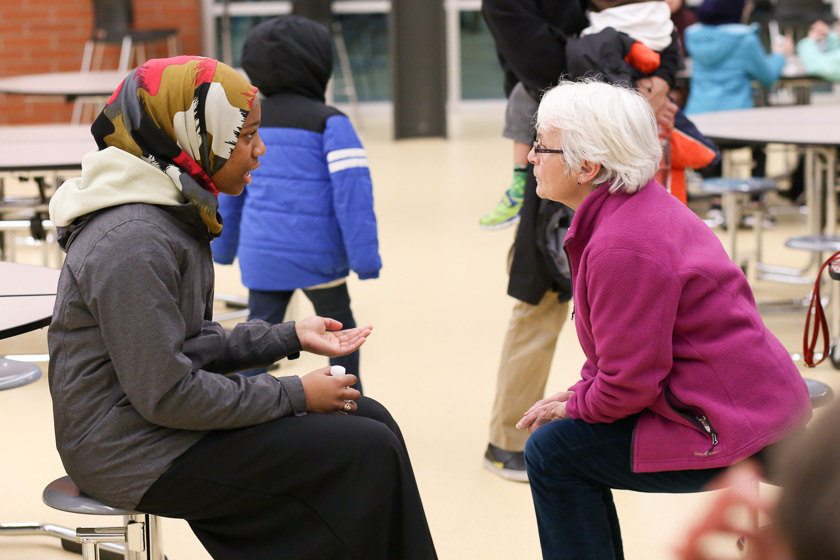 People took him seriously. It filled my heart to see people from all different backgrounds getting to know each other. There was a guy with a cowboy hat talking with a man wearing a Jewish kippah and a woman in a hijab. It was lovely.

There was a clear consensus among everyone in attendance that while the fire was tragic, the love, acceptance, and support that came out of it was far greater.

The last speaker of the night, James Whitfield, said, “Moments like these are turning points in history—an opportunity for us to speak up and decide which way we go from here.” 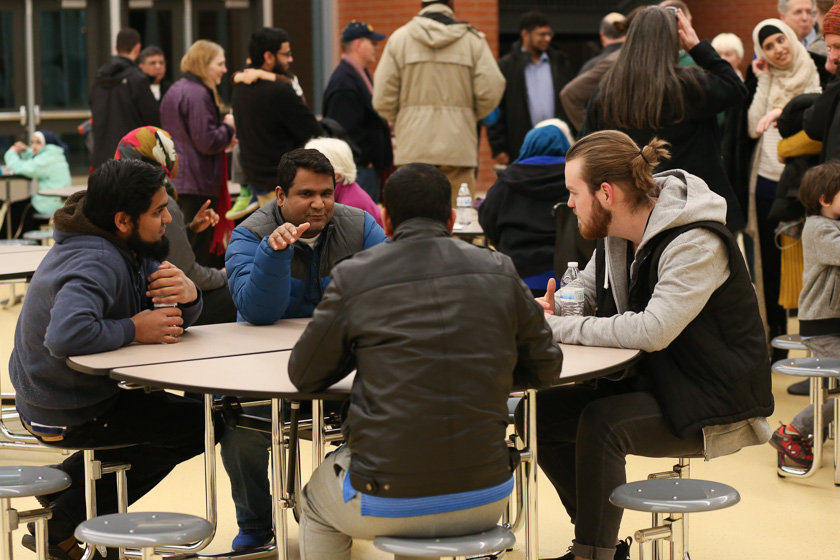 Last night, the people of Bellevue, Washington showed up and sent a clear message: We choose love.

Love that was found in the ashes of hate.