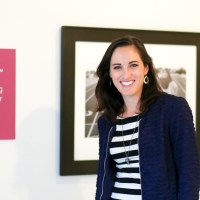 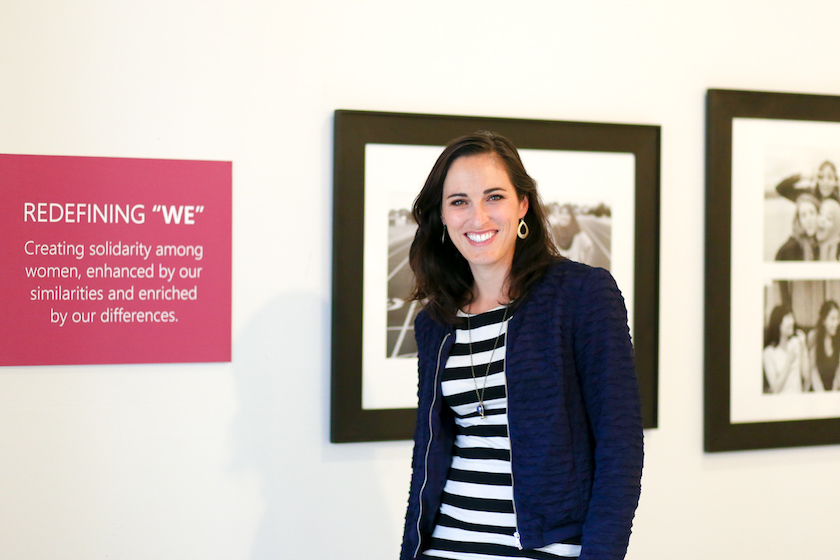 Have you ever had an idea that you just can’t NOT do for some inexplicable reason?

This project was one of those.

It started as an assignment for grad school. My professor made us immerse ourselves in a foreign subculture for a semester – a fairly easy task in the Seattle area where I live. Since I knew very little about it, I decided to use it as an excuse to learn about my local Muslim community. I called up a local mosque, the Muslim Association of Puget Sound (MAPS), and asked if I could visit.

I had no idea it would set the course for my entire year.

Over the next 4 months, I visited the mosque, joined them for Friday prayers, attended interfaith events they hosted, participated in community service efforts, went to educational events about Islam, and made friends.

One of the many things I realized during this process was that Muslim culture and my own Christian culture have a lot of shared values. I saw tons of similarities between my experience in church and that of the women at the mosque. We also shared a vision for what our religious communities could and should be about. 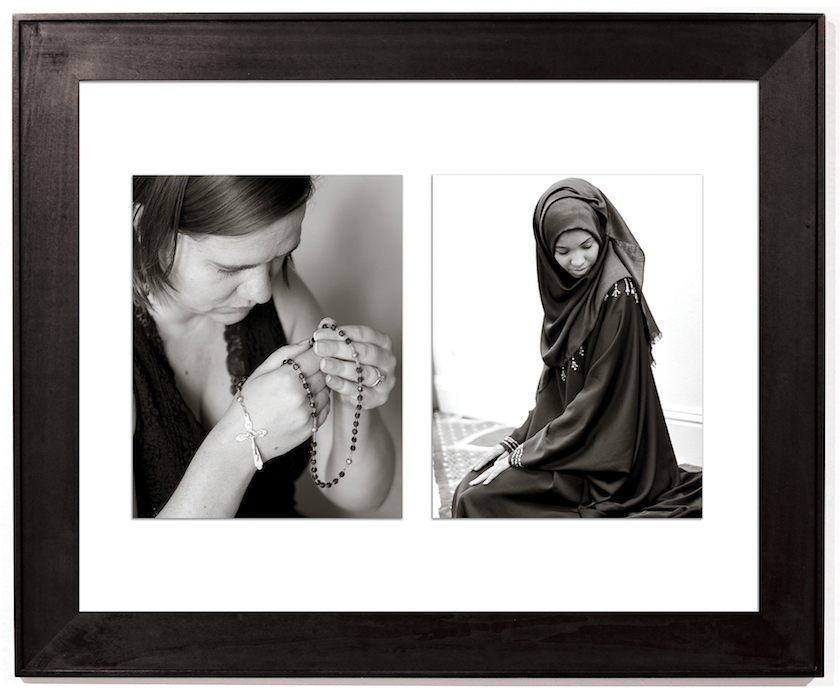 There were also deeply surprising things that revealed my ignorance and false assumptions about Muslims and Islam. For example, I was shocked to meet more outspoken feminists at the mosque than I’ve ever met at church. I heard compelling female speakers publically representing their mosques. On social media, I saw my Muslim friends marching in Black Lives Matter demonstrations, flying to support the water protectors at Standing Rock, and serving as delegates in the electoral process. 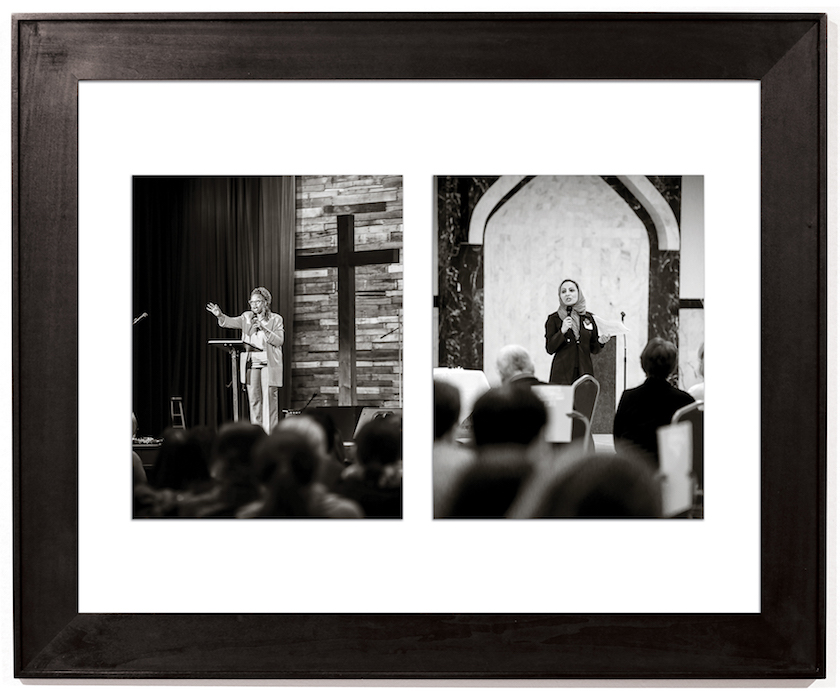 Why did these things surprise me? I felt embarrassed by my own ignorance and grateful to have my perspective corrected.

To be sure, Muslims and Christians disagree on some major things. I’m not trying to gloss over those differences. But we can disagree and still honor each other

I recently heard a story on NPR describe the current global climate as a “clash of civilizations between the Muslim world and the Christian world” and it broke my heart a little bit. It doesn’t have to be that way. And if we are serious about making peace, it cannot be that way. 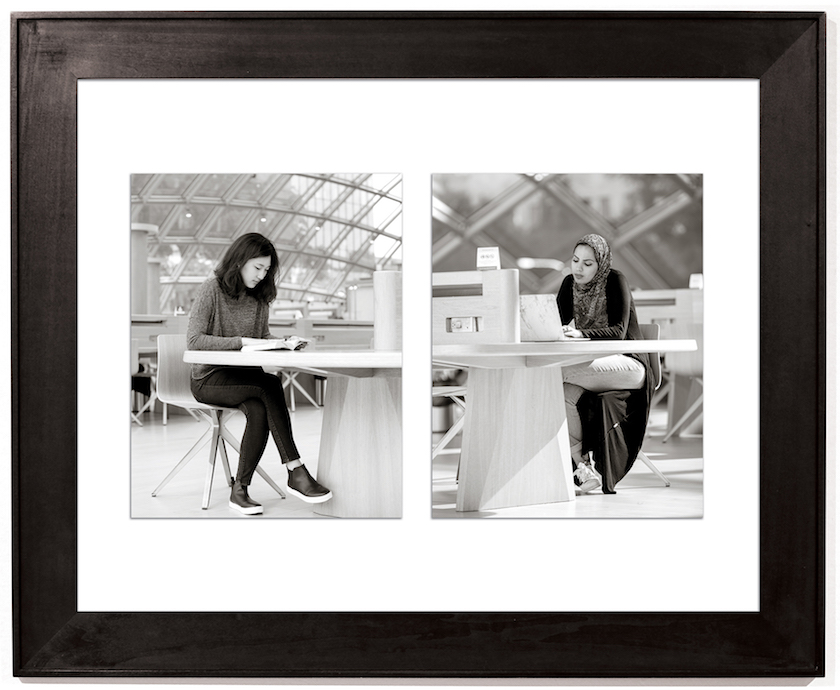 As I made friends and saw how truly dynamic my Muslim sisters were, I felt driven to bring other Christians along with me. I wanted them to see Muslims as individuals, rather than as a faceless group of people, often wrongly stereotyped and grossly misunderstood. But how? What could I actually do about it?

I took stock of my resources, skills, and networks and decided that tapping into my background and connections as a photographer would be most useful. 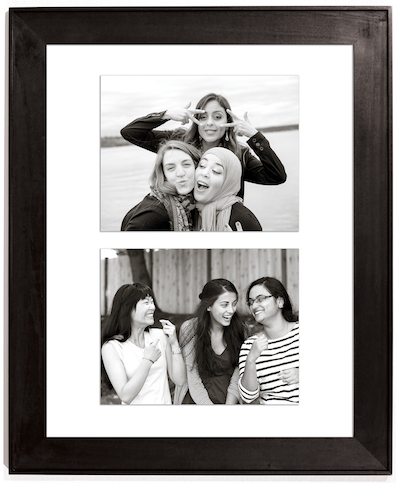 I schemed up an idea to use my skills and networks to break down barriers between Muslim and Christian women—not just artistically or intellectually, but physically.

I wanted people to meet face-to-face because that’s how peace is made.

The idea was to get female photographers around the country to create one photo of a Christian woman and one photo of a Muslim woman, both engaged in a similar activity. The photos would be displayed side-by-side in a shared frame to communicate the women’s equality and connectedness. The resulting photo collection would be used to facilitate dialogue events for women.

My goal was to show that women do many of the same things (and a huge variety of things), regardless of our faith tradition. I hoped this would create common ground on which we could productively discuss our differences and enrich our relationships. 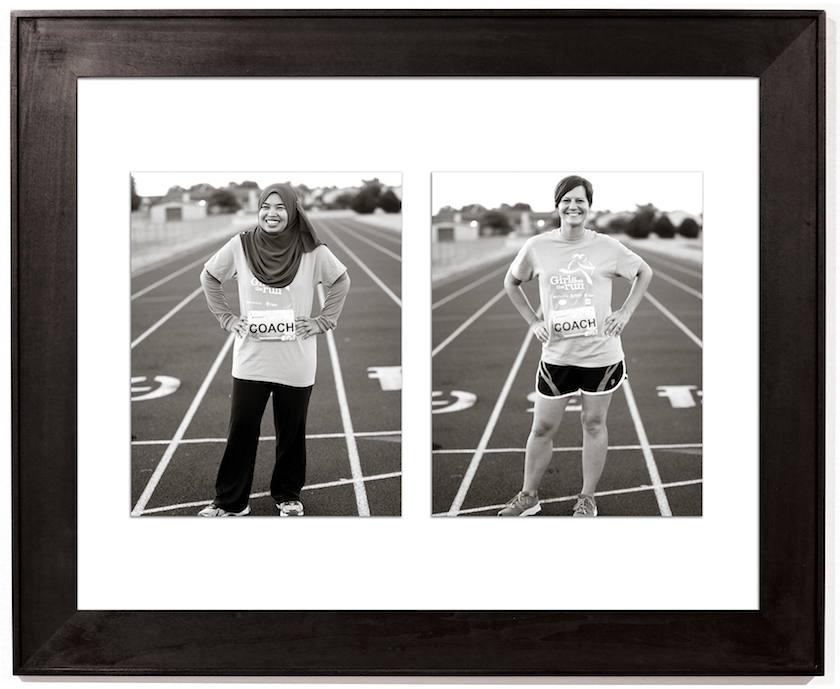 Originally, I decided to postpone the project until after I finished grad school. I’m a full-time grad student, a wife and a working mom of two little kids. I didn’t have time.

Then Paris happened. And I had to do something. This was my something.

It took me six months and hundreds of hours of networking to get this project off the ground. I originally set out to get 10 photographers to take 10 sets of photos, but the project snowballed. In the end, I had 23 sets of photos, 17 photographers and 50 photo subjects spread across seven states (and one photo from Morocco!). It could have kept expanding, but despite winning two grants, I ran out of money for all the frames and mats.

Creating this exhibit was one of the most exhausting and rewarding things I’ve ever done. It was entirely collaborative and I met the most incredible people from all over the country.

It gave me hope that there are good people fighting for the same things I am fighting for—peace, kindness, friendships across social boundaries… and preemptive love. 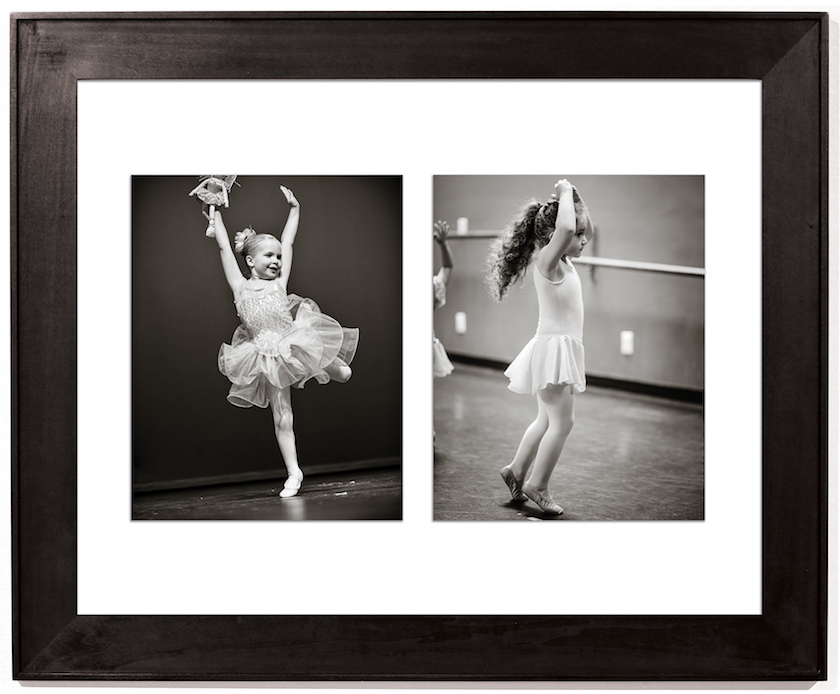 Our first dialogue event was in September 2016. Eighty women from all different backgrounds showed up on a rainy holiday weekend to dialogue and be together. We talked, laughed, cried, and made friends. 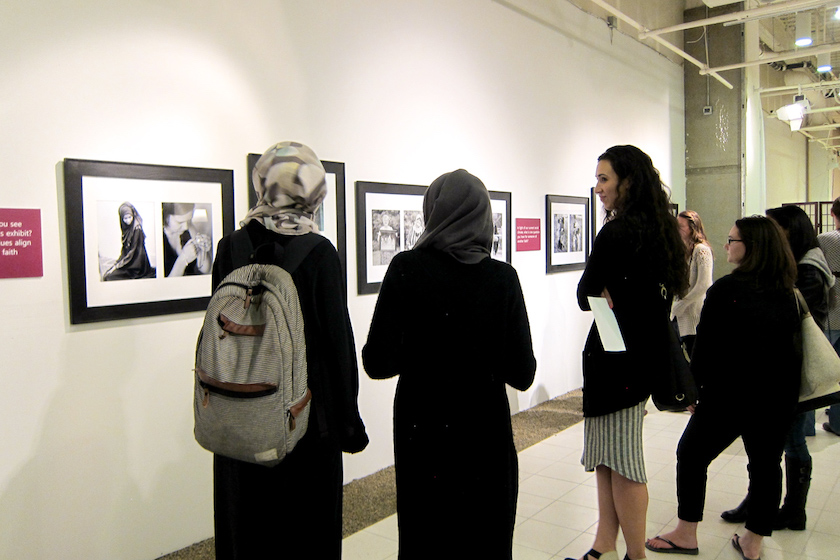 And people on both “sides” left having decided that maybe there weren’t “sides” after all. That we are, in fact, all on the same side. The side of peace. 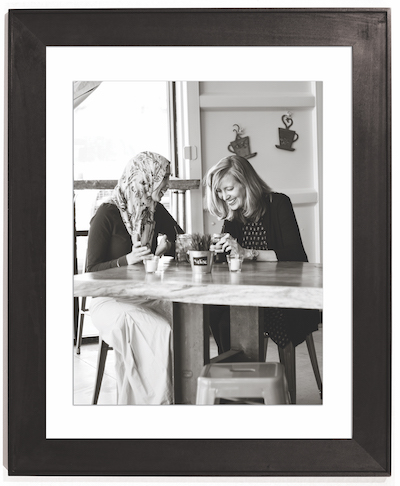 Since September, the exhibit has been displayed in several spots in the Seattle area and will continue to be shown in this area until April when it will travel to Southern California. If you are interested in attending or hosting the exhibit, please contact courtney.christenson@preemptivelove.org.