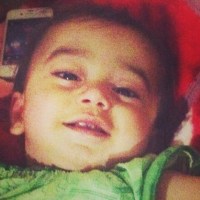 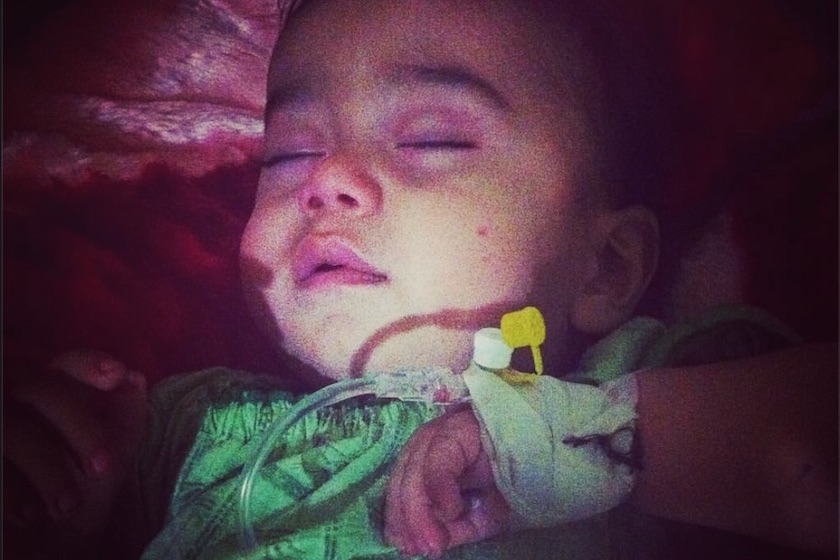 The other day, as I was visiting our soapmaker friends to pay them for their newest batch of Sisterhood Soap, an unexpected face burst through the door.

It was baby Aram, Sozan’s precocious son. He’d heard our voices and crawled through the mud to come and see us.

He was covered in dirt, and he was the most beautiful sight.

Last year at Thanksgiving, it seemed impossible to imagine the sight of Aram running toward me.

Sozan was pregnant with Aram when she fled from ISIS in 2014. Another child, a 7 year-old-daughter, died of starvation as they ran.

The pain of fleeing ISIS was still raw when Aram was born. Their new home was a leaky shipping container in a muddy field in another part of Iraq, where everything from the language to the culture was foreign.

Instead of joyous anticipation at the arrival of her son, all Sozan felt was fear.

“I’m afraid,” she said over and over, as she got ready to bring new life into her newly shattered world.

Sozan named her baby Aram, meaning “peace that comes after a storm.” But the storm was far from over.

Over the next year, baby Aram was in and out of the hospital. During a visit this time last year, things took a desperate turn. Aram began having seizures. He slipped in and out of consciousness. We began preparing for the worst.

Sozan was terrified, as any mother would be. So much already been taken from her. “If I lose him, I lose myself,” she said.

A young medical student diagnosed Aram as septic, changed his treatment… and then we waited. Three long days and nights. We waited and wept and prayed.

Then we saw life slowly coming back to little Aram’s body. We saw him open his eyes for the first time in far too long. We saw a smile slowly stretch across his face. We knew we were seeing a miracle. 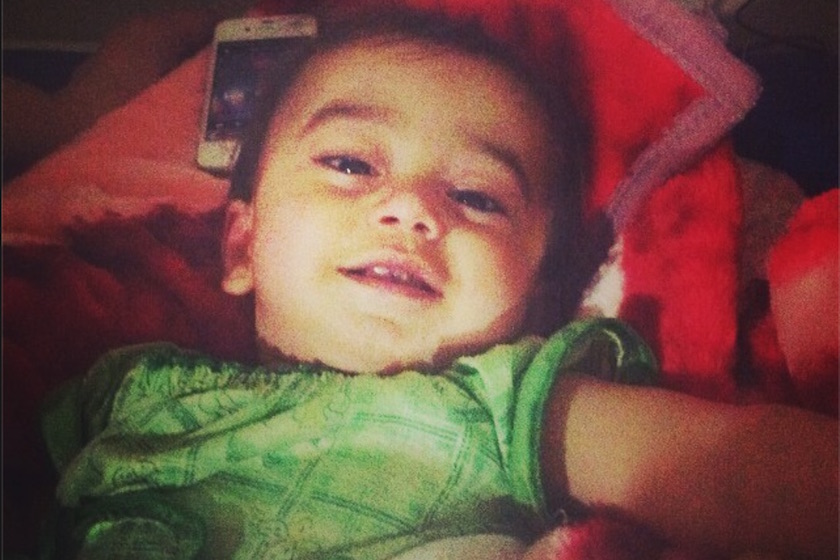 Aram went home from the hospital on Thanksgiving Day, one year ago. It’s not a holiday here in Iraq, but last year it was for Sozan and her family. They sacrificed a lamb in thanks to God. They wept and celebrated… and hoped.

For the first time since ISIS, it felt like the storm might be passing. Aram’s name felt less like a desperate dream and more like a promise—one that was bound to come to pass.

As I visited Sozan’s family this week, I gave thanks for so many things. For the money I was paying them for the soap they had made—another 2,000 bars of Sisterhood Soap from each family.

I gave thanks for the unmistakable signs of self-sufficiency all around. Sozan’s family does not lack for medicine or food or clothes. This year, they are ready for winter. They are not afraid anymore.

But most of all, I gave thanks for the sight of Aram’s beautiful, mud-caked face, smiling brightly.

For Sozan and his family, he really is the peace that came after the storm. 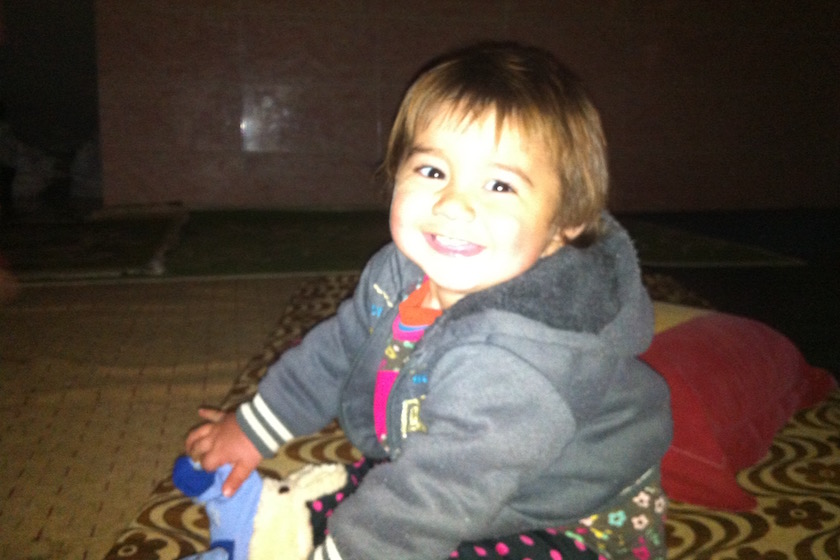