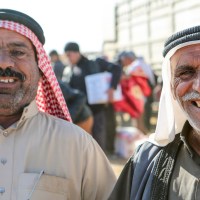 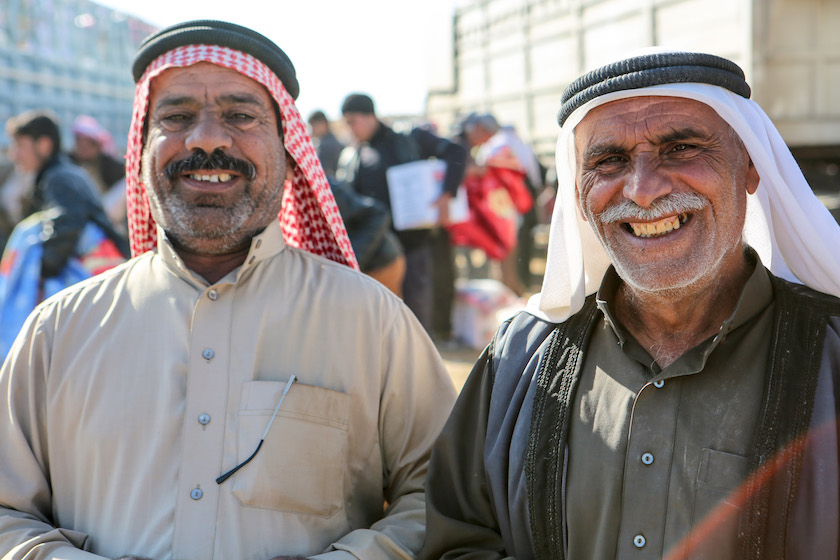 This month, we’re serving hundreds of families in a remote area west of Mosul. They are caught up in the fight against ISIS in a part of Iraq controlled mainly by Shia militias. No other organizations have been able to reach these families, not even the UN. But you lean into the hard places, for families like these…

Abu Haythem and Abu Abdallah used to be some of the richest men around, though you’d never guess that if you’d met them in the line of men receiving relief aid, here in this remote part of Iraq. Humble, traditional, and tribal, they live the same migratory, shepherd lifestyle as their ancestors. They have a reputation for respecting all, regardless of a person’s faith.

Their wealth and status were tied up in their vast herds of livestock—sheep, cattle, and camels.

But the war with ISIS, their ensuing displacement, and the abrupt end to their traditional lifestyle stripped those things away.

They could have sold off their flocks and lived very well in the city—but city life isn’t for them. They are committed to the land of their fathers.

That all changed under ISIS’ rule. Abu Haythem, Abu Abdallah and all of their fellow livestock owners were forced by ISIS away from their homes and into long-abandoned villages in ISIS-controlled territory where they could be controlled more easily. They could no longer take their herds south as their people had for generations. It didn’t take long for the environment—and their herds—to suffer.

After three years of intensive grazing and drought, there is nothing left—nothing but dirt and rock. And their animals, now seriously malnourished and sick, are dying.

“In three years, no one ever came to us and gave us aid like you did!” 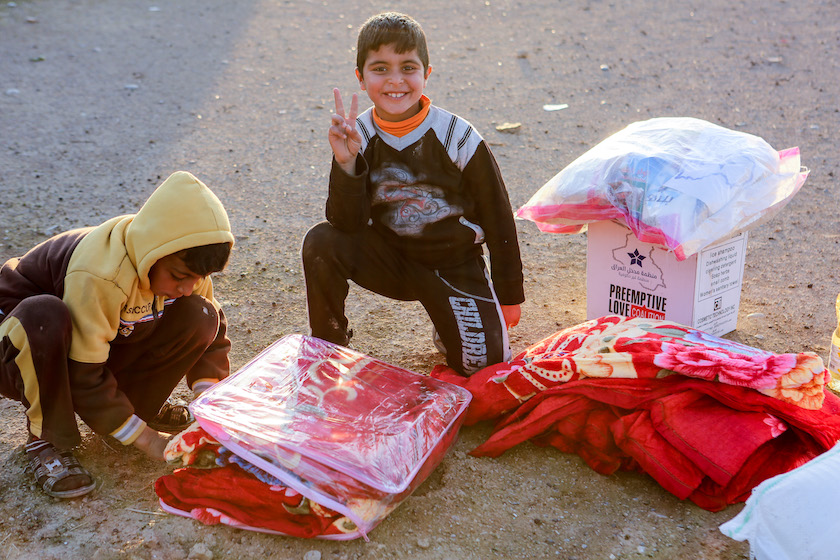 The Shia militia fighters who liberated this area from ISIS share their food rations with the displaced families when they can, but it’s never enough. And the rations don’t help their sheep.

You brought a month’s worth of food to these families. You brought feed for their sheep. And most importantly of all, you brought your presence.

“The sky didn’t rain—only once this winter, and it was for just one day. No weeds come from the ground for the sheep. We are hopeless. But now we are thankful that you came and bring food for us and our livestock.”

“But now we are thankful that you came…”

When no one else showed up, you came to these families. Connection has been the most vital aspect of their lifestyle for centuries, and it was severed by ISIS and the war to retake Iraq.

You stepped into the gap with your presence and let Abu Haythem, Abu Abdallah, and their community know that they aren’t in this alone.

Continue to show up for these families with provision and presence. Give today.

Erin Wilson contributed to this story.