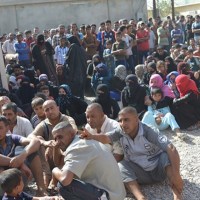 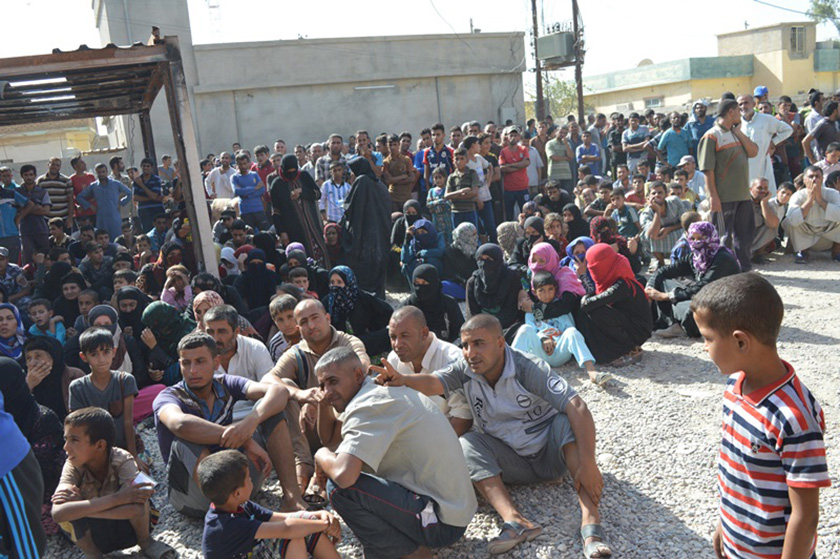 With Mosul making headlines around the world this week, there are a lot of people tuned in to things here right now.

That said, from our vantage point on the ground and on the front lines of this crisis, there are a few things you might be hearing that aren’t quite right, or don’t tell the whole story—and we want to provide some clarity. They aren’t totally wrong, per se, but they’re off, and we think you deserve to know the full story.

1.The campaign to capture the city of Mosul itself hasn’t quite started.

It’s true, the Iraqi government announced the start of their campaign to retake Mosul, and it’s true that greater numbers of troops are amassing on the front lines and have liberated a few outlying villages. The fighting outside Mosul has already displaced thousands. But the Mosul city limits—and the one million people trapped inside—are still miles away. When the Iraqi government announced campaigns to liberate other ISIS-held cities like Fallujah and Ramadi, the army was right outside the city limits. In the case of Mosul, the Iraqi military and other paramilitary forces gathered along a front line that has barely moved in years. The reasoning behind this arguably premature “assault on Mosul” announcement? One possibility is that Iraq’s current prime minister, Haidar al Abadi, needs to bolster his credibility and silence his enemies. Recapturing the all-important city of Mosul would go along way toward doing that. Politics in Baghdad are complex, ever-changing, and often very cut-throat. (Sound familiar?) What better to distract people from their own discontent than rallying around a common cause? Mosul.

2. Victory in Mosul doesn’t mean the end of ISIS in Iraq.

Mosul is by far the largest city still controlled by ISIS. But it’s not the last. It is extremely significant, and recapturing Mosul will be an incredible blow to ISIS. But the widespread reports that this is ISIS’s very last stronghold—as if Iraq will finally be rid of ISIS once Mosul is recaptured—they are simply inaccurate and possibly dangerous. When ISIS is finally expelled from Mosul, chances are we’ll hear a lot of  “mission accomplished” declarations, as if there isn’t a lot of work (and a lot of dying) still ahead to clear ISIS from Tel Afar, Qaim, Hawija, Ba’aj, south Sinjar, the rest of northern Ramadi and the outskirts of Haditha, and hundreds of small villages and town all across central and northern Iraq.  Besides, defeating ISIS? That’s nothing. The real, real work begins after the smoke clears. A lot of people are worried about a post-ISIS Iraq, and for good reason. If history tells us anything, the enemy void will be filled by someone else, unless we work hard—harder than we ever did during the military campaigns—to make sure local people have a voice, have rights, are respected, and have a chance to flourish.

3. The U.S. military is playing more than an “advisory” role.

This language is clever, albeit a little inaccurate, as we noted in our analysis of what Hillary Clinton and Donald Trump said about Mosul in their final debate. “Advisor” implies non-aggressor. But when push comes to shove, U.S. ground forces have stepped into an active combat role quite a few times throughout this conflict.

Four American service members have died in action since the war with ISIS began, including one this week. Thousands of U.S. troops are on the ground right now, and they’re here to give much more than advice. They are a secondary line, ready to engage in combat at a moment’s notice.

ISIS didn’t simply emerge out of nowhere in the summer of 2014, as is commonly reported. The group we now call ISIS—the militants battling Iraqi forces right now—many of them were in Mosul for years. They were battling U.S. troops during the Iraq War; then they went underground as a sort of mafia-terrorist hybrid. Some fundamentalist terror cells went dormant, some aligned themselves with Al Qaeda and carried out sectarian attacks, and others assumed a leadership role ISIS bubbled up from within the city to seize full control in 2014.

So does even it matter when ISIS “arrived” or how they got here? Yes, because it shows that ISIS isn’t the real problem.

ISIS isn’t just some foreign invader. Many politicians would like you to think that religious or jihadist extremism is some outside force, sweeping in to wreck and to ruin. But extremism is more often a home-grown problem, and it grows best in oppressed soil. The people of Mosul were sidelined and discriminated against for most of the Iraq war and for many years after—and that made it easy for these extremist seeds to take root and grow quickly, quietly, and to bear the fruit we see on our screens today. If we don’t understand the homegrown nature of all this, we won’t understand the problem. And hear me: we must understand the problem if we’re going to confront it head-on.Killing every ISIS fighter in Mosul won’t fix this problem any more than cutting off all the fruit from a tree will kill the tree. You’ve got to get to the root, and that’s much more difficult in a place like Mosul, but it is not impossible. The next time someone  shrugs and says in that wise, knowing voice, “They’ll always be fighting over there,” tell them another story. Tell them how, by empowering parents to begin working again as soapmakers, tailors, candlemakers and whatever else they dream of doing, we can push back against the defeatist notion that terrorism—that ISIS—is just the norm.

Tell them how, by delivering hundreds of thousands of pounds of aid to people on the front lines of conflict, we can reject the idea that violence gets the last word.

And tell them how, by choosing to stick with these families for weeks and months—even after all the camera crews and many of the NGOs have packed up and left—we can bring this other, better story to life.

Because you know that Iraq, the Middle East, and this whole planet can do so much better than ISIS, and you’re ready to work hard to make sure it does.

Someday, Mosul will be a city famous for peace. Let’s get to work.

Don’t let violence have the last word in Mosul. Stand with families in the crossfire—make sure they have what they need to survive and rebuild after the battle.