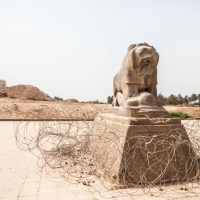 Iraq has an incredibly rich and unique history. Istanbul, Rome, Paris, New York, Tokyo—centers of culture rise and fall, but there’s only one Cradle of Civilization, and that’s what we today call Iraq.

A long time ago, back before this region was carved into suspiciously straight lines, Iraq was a bastion of culture and innovation. When Alexander the Great conquered the known world, he made Babylon the seat of his empire. 1,000 years after that, the Abbasid Muslim dynasty built Baghdad to serve as the capital of the vast Muslim empire, and for the next 500 years, Baghdad reigned as a world hub of learning and was at one point the world’s most populous city.

Few places on the planet (if any) have a history as rich as Iraq’s, and here are five inventions that prove it.

In the 900s, Muslim scientists ignited the medieval imagination and laid the groundwork for automation, hydraulic machines, and robotics. Three brothers known as the Banu Musa authored “The Book of Ingenious Devices,” detailing how to craft automatic fountains and flute players as well as artificial scorpions and snakes. Their most famous invention was found in the palace of the Caliph in Baghdad: a magnificent artificial tree with gold and silver branches stunned visitors to the royal court. The brothers filled each branch with multicolored leaves that seemed to sway in the wind and artificial birds that fluttered their wings and sang.1

A Muslim emperor once charged Muhammad Al-Khwarizmi with proving the existence of God through mathematics. He developed the revolutionary concept of algebra in response. Named after the Arabic word for “reintegration,” algebra paved the way for the complex mathematics that underlie computing, engineering, and most of modern society. The name Khwarizmi is also the root of the English word “algorithm.”2

The physician Muhammad Al Razi is credited with a wide variety of medical breakthroughs, including pediatrics. His book “Diseases of Children” was the first to treat pediatrics as an independent field of medicine. He was the first to differentiate smallpox and measles as separate diseases. His book on the diseases aided the development of a rudimentary vaccine used in the Ottoman Empire and remained one of the most credible medical guides in Europe until the mid-1700s.
Al Razi was known as a compassionate man, treating the poor for free. He also authored the first home medical manual written for the general public and those without access to medical care.3 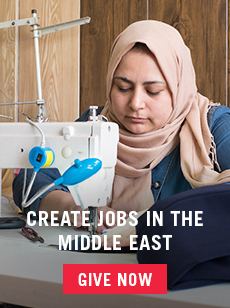 Sumerians, former residents of what is now Iraq, invented the first written language over 5,000 years ago. The language, known as cuneiform, remained indecipherable until the 1800s, when Iraqi explorers and European scholars cracked the code and read the language for the first time in a millennia. It is difficult to overstate the importance of written language in history, but cuneiform tablets also contain a wealth of information about the ancient world. Even more wild, scholars have only translated five percent of the existing two million known tablets, meaning there is still much to discover.4

Yaqub Al-Kindi, born in the Iraqi city of Najaf, is known as the father of perfume and the author of over 260 publications on geometry, optics, philosophy, music theory, astronomy, and chemistry. His wide variety of interests led him to write a book containing over 100 recipes for perfumes, aromatic oils, and the first generic medicines. The products were made possible by his revolutionary advances in distillation and now-elementary chemistry techniques. Al-Kindi was also a pioneer of prescriptions and drug therapy, calculating the precise dosages needed by various patients over a fixed period of time.5

And the list of inventions here goes on! The wheel, the first (accurate) calendar, maps, the 60 second minute and 60 minute hour, the first schools, the earliest sailboats, and a lot more. This place has an incredibly rich history that continues to this day! Despite what you see on the news, the arts—poetry, music, painting, photography, film-making—they’re still a vibrant part of society here.

1 Foundation for Science, Technology and Civilisation. “The Mechanics of Banu Musa in the Light of Modern System and Control Engineering.” MuslimHeritage.com. Evans, Helen & Dixon, William. “The Glory of Byzantium.” Pg. 405. 978-0870997778