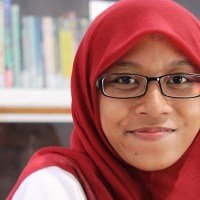 American Muslims are 6 to 9 times more likely to be attacked than they were 15 years ago, before 9/11, a new report finds.

The Georgetown University-based Bridge Initiative published their findings last week, revealing an increase in the number of violent acts targeting Muslims due to their faith.

They identified 174 reported acts of anti-Muslim violence, noting the actual figure could be much higher, since many incidents go unreported. The Department of Justice’s Bureau of Statistics estimates the real number of hate crimes targeting Muslims and other minority groups is several times greater than the reported figure.

Some reported acts of violence were committed by children as young as 12.

Anti-Muslim violence does “not happen in isolation,” according to the Bridge Initiative. The data is “reflective of an intensifying climate of Islamophobia.”

In December 2015 alone, there were 17 documented attacks on mosques and Islamic schools. There’s also a worrying indication that we are passing fear and hate to the next generation: some reported acts of violence were committed by children as young as 12. 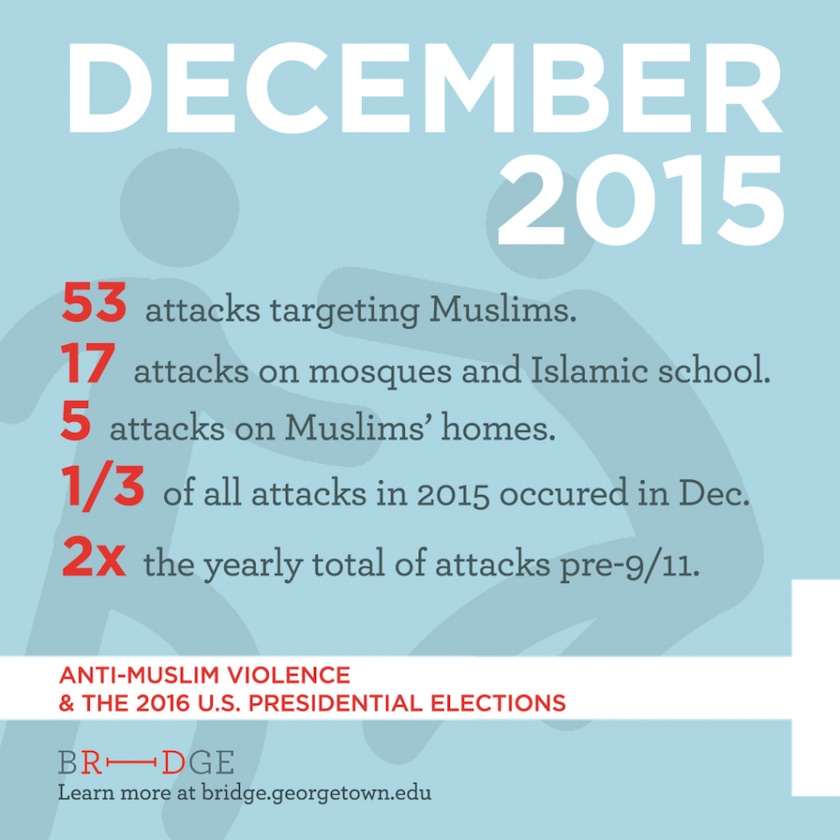 The increasing violence comes amid rising anti-Muslim rhetoric and a polarized political backdrop—as well as global events like the Syrian refugee crisis.

But perhaps the most troubling factor contributing to the rise in violence is a tendency to see our Muslim neighbors as less-than-human. A recent study asked participants to rate different groups according to how “evolved” each was perceived to be. Muslims were rated considerably lower than other groups. In order words, they are seen by many as “less evolved”—that is, less human.

“These perceptions are extreme,” says Nour Kteily, one of the researchers who conducted this study. “But they’re not limited to a fringe… pretty significant numbers of people were willing to dehumanize other groups.”

This is the first step toward rationalizing violence against another group: dehumanizing them. Making them less-than. Fear of “the other” is a powerful motivator; it can persuade otherwise ordinary people to commit unthinkable acts.

Simple acts of kindness won’t stop every act of violence. But over time, they chip away at our tendency to dehumanize others.

So what can you do about it? The same thing you do every day: unmake violence with love.

If fear triggers our tendency to dehumanize, then leaning into that fear and choosing to love anyway can help us to rediscover the beauty and humanity in those who seem so different from us.

It can be as simple as greeting a Muslim neighbor.

When you hear anti-Muslim rhetoric, speak up. If you see anti-Muslim violence, help pick up the pieces, like these Alberta residents did after a local mosque was vandalized—not once, but twice.

Simple acts of kindness like these won’t make the refugee crisis go away. They won’t stop every act of violence. But over time, they chip away at our tendency to dehumanize others. They loosen fear’s grip on our hearts. They propel across enemy lines, only to discover that the person waiting on the other side was not an enemy to begin with.

We can write a different story. We can wage peace, one heart at a time.