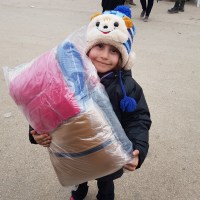 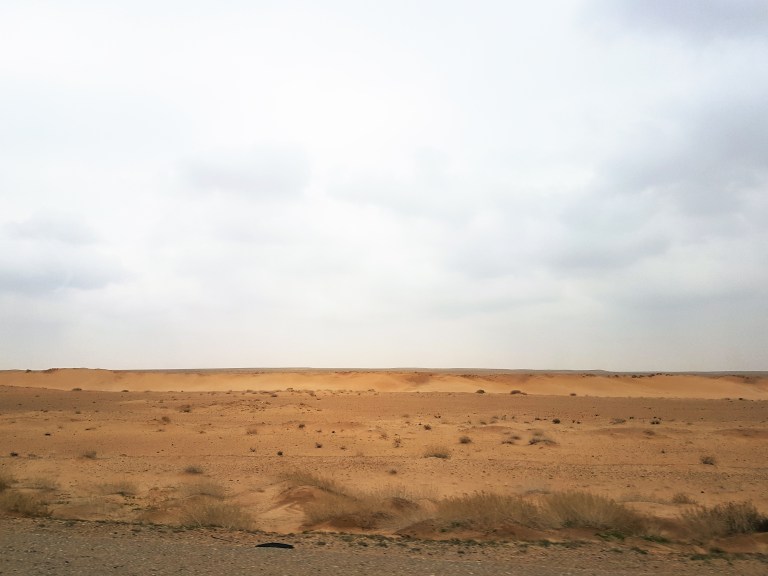 The road to Deir ez Zor, a thin ribbon of asphalt, snakes through the Syrian desert. For nearly 200 miles, not a single car passed. The driver, Walid, was the only one willing to make the journey past camels, bombed out oil trucks, and faded ISIS banners that dotted the roadside.

Finally reaching the streets of Deir ez Zor, our friend and teammate Michel found that everything was destroyed. Everything.

“I was feeling like I am walking in the land of the dead when I was in Deir ez Zor. Everything was broken.” 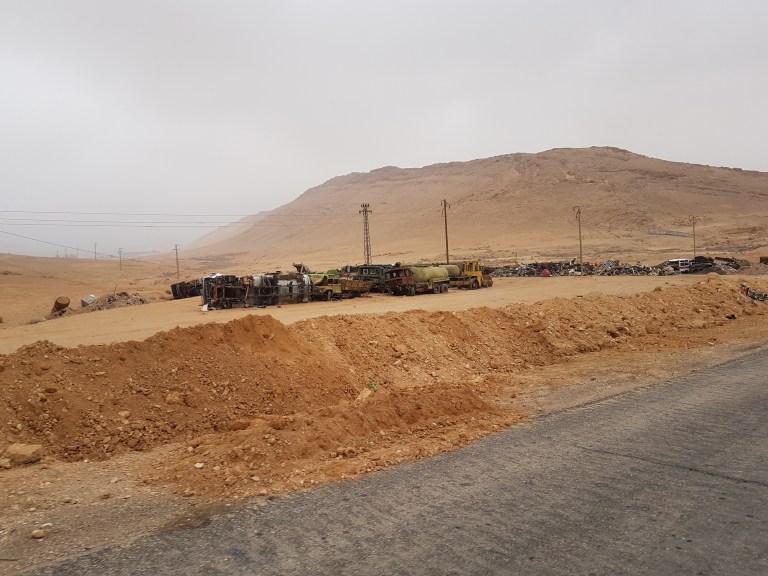 The Land of the Dead. Fitting.

A hundred years ago, this place was a final destination for 30,000 Armenians marched there by the Ottoman Empire as part of a genocide. In open-air concentration camps that surrounded the city, refugees cooked grass and ate dead birds, until finally succumbing to death.

There used to be a memorial and museum in Deir ez Zor, built in memory of the Armenians who died there. It was destroyed by ISIS in 2014.

ISIS completely surrounded Deir ez Zor for three years during the height of their dream empire.

Their besiegement of the city was nearly as brutal as the Ottoman-led effort to wipe out Armenians. They cut off roads leading into the city, thereby cutting off the supply of food and other goods. Electricity, fuel, communication lines, and clean water disappeared, one by one.

Basic staples like rice were hard to come by and extremely expensive. Air-dropped food was often taken by gangs and sold on the black market—at prices too expensive for most families.

In a tragic mirror of history, many families resorted to eating grass to survive.

By November of last year, Deir ez Zor had been retaken, and ISIS pushed away from the area.

The price of liberation was high.

“Churches were vanished. Every church in Deir ez Zor, every building. They hit everywhere.”

Outlying villages were even harder hit than the central city. Villagers came to Deir ez Zor to find relief. But with so many structures destroyed, it was difficult to find anywhere to live. “People live together, four to ­five families to a room.” 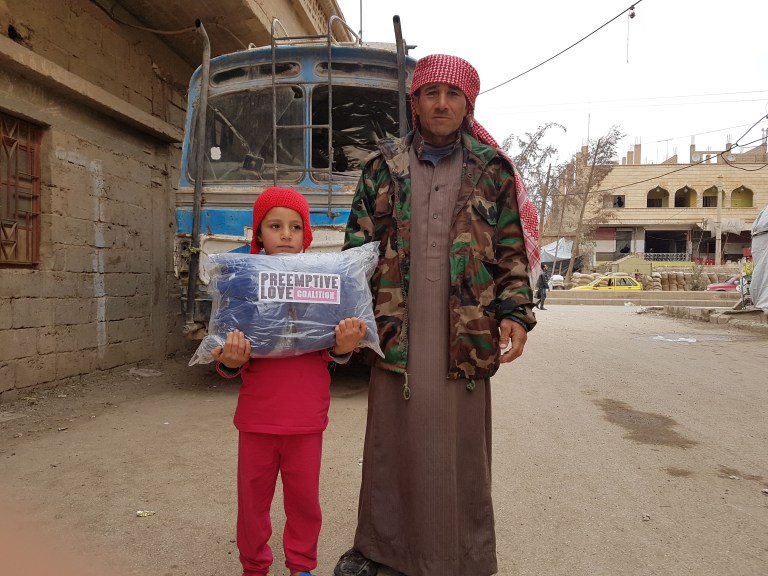 Even as the area tries to recover, there are constant reminders that three months of liberation isn’t very long. “You can always hear gunfire going on. Even… next door to where I was. Gunfire is still going on.”

Here we are today, at a broken city, in a country still at war. This is where you are showing up. 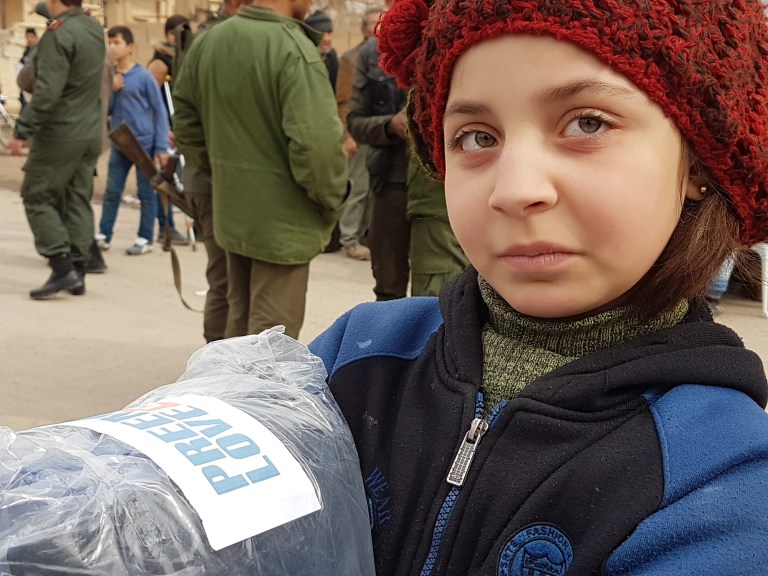 This is where you provided warm clothes when we told you families were freezing.

This is where you are employing dozens of local residents to cook and deliver hot meals. 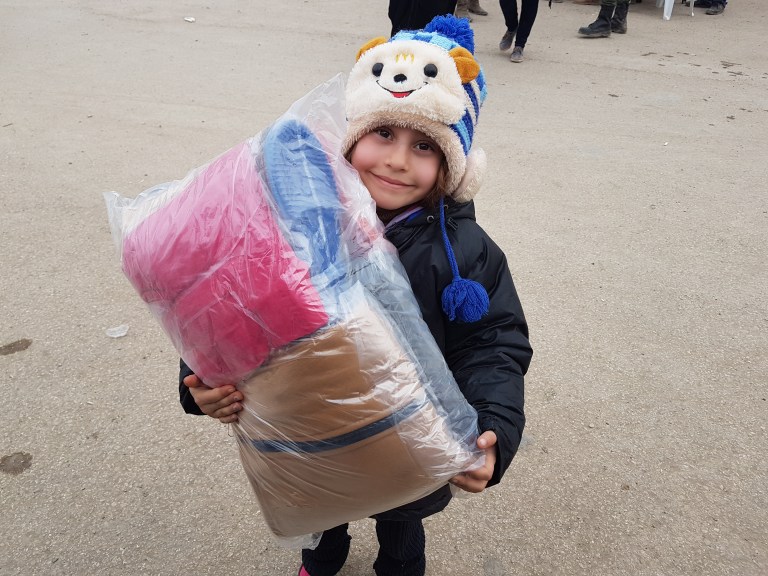 This is where you go, where no one else is serving. 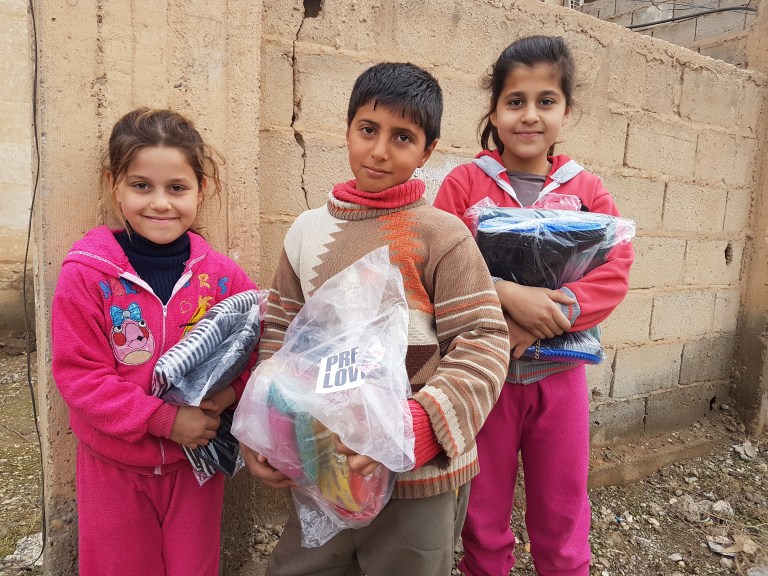 Help care for Syrian families on the frontlines of war. Give today.