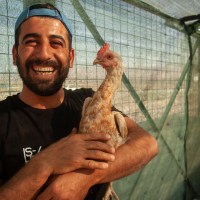 The slight coolness, the mildest moisture declaring the chance of rain, the shade distinct from the sun with the slightest chill, a change in the air—these are the welcome signs of autumn’s arrival. And for our friends from Syria, who are farming with us on our experimental farm in northern Iraq after being displaced from their homeland by civil war, the arrival of fall also brings memories of a special annual event on the farm: building or renewing traditional chicken coops.

Aziza remembers when her father shared with the community what their next build would be. Everyone with feet that could stomp around in the mud, or hands that could form bricks, arrived to help. Aziza, at 10 years old, was prepared for the work but was most excited about the laughter of the men, women, and children as the days unfolded. With the whole community present, a chicken coop could rise from the dirt, quite literally, in 2 days and a home in less than a week. Each day of construction was followed by a feast regardless of exhaustion.

For Yaser, it is the pre-feast festivities that hold memories in the soul so deep that he can’t get through the story without bursting out in laughter. He remembers his friends, family, and neighbors, covered in mud from head to toe and gathered in front of the firehose. As the water surged from the hose, many fell to their knees—not from the water’s power or the sheer exhaustion of a day spent building a coop from mud and straw, but from the jubilee of doing it together.

In the last few weeks, it was this spirit that spread across the faces of our farmers Muhadine, Yaser, Aziza, and Ghandi as we built our chicken coop using natural Syrian building techniques. Each of our farmers holds fond memories of this event, comparing the beauty of this time spent together as precious as that of Eid celebrations. It is an activity that necessitates the addition of an annual layer of cob plaster on the exterior of coops to maintain the structure’s integrity—and another chance to relive memories of the past and make new ones. 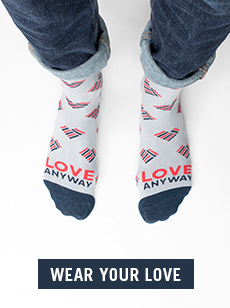 Yaser’s parents, still in Syria, yielded to building a cement home in recent years. Because of war, the number of individuals in their community has dwindled too low to maintain the communal event of re-plastering their cob home. Where they once were able to find reprieve from the sweltering heat of summer and frigid winds of winter inside the cob walls, the use of cement has left them reliant on the ever-decreasing electricity supply to heat and cool their home.

Yaser’s father was once able to sustain their family for a whole year off of a 3-month season working his land and selling the products throughout the community. That’s not the case now. There are no longer enough people around even to maintain a plot large enough to feed his family. War changed a lot in Syria. The necessary shift to industrial building techniques meant the loss of one of the traditional methods, and with that, a cultural feast of joy was reluctantly left behind too.

A wind comes off the Kurdish mountains with the scent of rain-quenched earth. The chickens explore their new home with grasshoppers specially delivered from the farm’s shade house, with a side of greens left from clearing beds of the summer crops to prepare for the autumn planting.