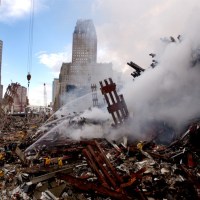 This statistic, which has circulated in a number of articles (like this one) over the past year, is not your chance of dying from a cataclysmic storm. (One in 6,745.)

It is your chance of being the victim of a terrorist attack in the United States.

Here’s a bit of background: This figure, published in 2011, was calculated from actual deaths due to terrorist attacks in the United States between 1970 and 2007. According to the most recent official reports, the annual number of terror-related deaths involving Americans overseas has remained stable over the past decade.

At the current rate, your risk of dying in a terrorist attack is substantially smaller than your chances of dying in a deer-related accident. (One in 2 million.)

One in 3.5 million should feel irrational to us. But in the wake of tragedies like Paris and San Bernardino, it feels very, very real. No wonder more than half of all Americans worry that they or someone they love will be the victim of a terrorist act.

Rational or not, fear is one of the most powerful motivators in the human experience, and for good reason. In the face of danger, fear automatically turns on the adrenaline that motivates us to act—to protect others and defend ourselves.

Fear, in its proper place, keeps us safe.

However, we live in a system that intimately understands our powerful fear response. The voice of fear is permeating—advertising, news, health, travel, politics, and parenting. It shouts so clamorously that it often drowns the voice of reason. It directs our thoughts. It drives our purchases. It whispers to us in the middle of the night.

Fear is like a powerful microscope. With the right focus and direction, it can help us pinpoint the source of a problem with enough detail and clarity to formulate an accurate response. But without proper calibration, fear distorts and blurs reality. Looking through the unfocused lens, we can make misinformed decisions that seemed so logical, responsible, and well informed at the time.

Fear is a volatile, persuasive beast. But it can be tamed through something even more powerful.

Love is the expert hand that leans in to guide our fear into focus. Love leans into fear to see the reality. Love accurately calculates the risk. When we confront fear with love, we open ourselves up to discern between fears that merit a response and those that are simply not worth carrying around.

It is only through the power of love that we can show up in the most polarizing conflicts. It is this power that allows us to lean into the onerous fear, accept the legitimate risk, and choose to love anyway.

When we lean into fear with the steady, trained hand of love, we can focus enough to see the beauty masked by fear.

We see Shia surgeons mending the hearts of Sunni children with blood donated by their Shia neighbors. 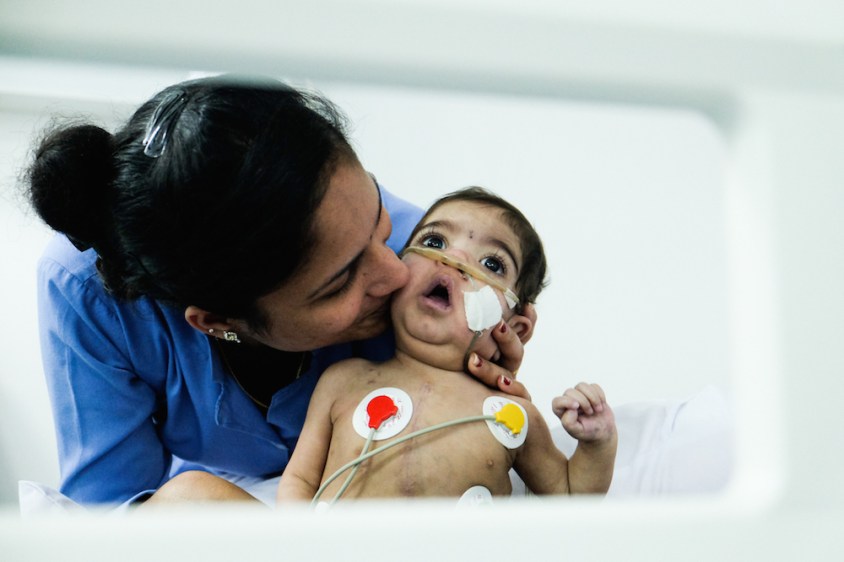 And we see you showing up. We see you throwing parties. We see you creating art. We see you sacrificially giving, audaciously sharing, boldly speaking, and preemptively loving.

One in 3.5 million. As small as it is, statistics only represent the past. They cannot predict the future. There is still risk in choosing to step out and live in love.

Thank you for walking through your fear—for showing up and choosing to love anyway.