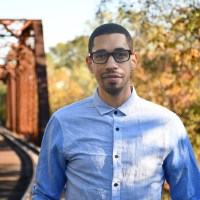 I was first called the N-word in third grade.

I was seated with a diverse group of students in the elementary school cafeteria, and somehow a conversation about snacks, sports, and Saved by the Bell turned into an argument. I do not remember what initiated the argument, though it was surely nothing more significant than which cereal was “the best.” However, I clearly remember the racial epithet hurled with hatred in my direction.

As a child, I did not understand the full significance of the word, the depth of trauma from the event, nor the trajectory it would put me on. I intuitively knew this word was full of hate, and a fury began to boil over inside of me as an equal and opposite reaction to it. In the midst of my emotional pain, I was just as puzzled as I was angry.  I had just been introduced to the now familiar face of white supremacy and racism.

By the third racist joke I got up, ready to throw a punch, and with fists clenched… decided to walk away.

In hindsight, I realize that this elementary school student was likely repeating what they heard at home from their family of origin. I also recognize that hate is a choice. The child that called me n****r chose that word amongst the slew of available insults, and his family chose to foster an environment where the children were discipled in hatred.

I now realize that if hatred is taught and perpetuated through family, then love must take the same course. The perpetuation of both hate and love are dependent upon the choices of successive generations.

Many think that recent events in Charlottesville somehow “reignited past racism,” when in reality, these demonstrations—along with the continued presence of the Ku Klux Klan, Neo-Nazis, and White Nationalists—simply exposed and unmasked this generation’s iteration of a long legacy choosing to hate.

Every racist was exposed to the false notion of white supremacy and eventually chose to adopt it as an ethos. This choice to hate or love is made at the personal, familial, societal, national, and international levels.

Our choice to hate or love, like the third grader who called me a n****r, is evidenced in both our verbal and nonverbal communication. Have you ever considered that conflicts as grand as wars are always concluded with some sort of one-to-one verbal communication? The leaders on both sides simply choose to discontinue the bloodshed. They reach a point of agreement where they decide they have “had enough,” which ironically is the same notion that initiates war. Relationships either thrive or are thwarted based upon communication.

In fact, violence is one of the lowest forms of communication. It is inherent as early as the toddler stage of development.  “If you take my toy, I will take yours.”“If you hit me, I will hit you back!”

Many of us have never outgrown this infantile propensity for retaliation. Our communication is poor because our society, including our places of worship, are nearly as segregated as ever. When we don’t connect, we can’t communicate, and tension fills the space.

Now, if peace is accomplished through verbal communication and personal choice, then why is there so much bloodshed between the initial decision to retaliate and the final choice to cease fire? Whether on a personal level or in international relations, we must decide to either perpetuate hate with retaliation, or proactively love toward reconciliation. We must choose love over hate, communication over conflict, and reconciliation over retaliation. 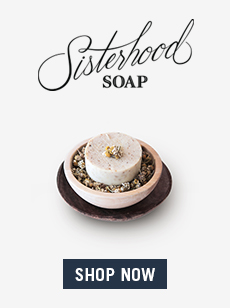 At one point in my life, I was all about retaliation. I refused to take any disrespect from others and was willing to respond with violence. I became a militant, conscious young black male who hated anyone I believed wanted to do me harm, including those that looked like me.  This was my ethos. I had become the very beacon of hate and violence that I stood to resist. I thought that living a defensive, reactionary life was a picture of courage and strength. I was simply perpetuating the cycle of hate and embodying the very wrong I sought to oppose.

I gained clarity after two sobering brushes with violence. Over the 23 years since my introduction to white supremacy, I have found it extremely difficult to choose reconciliation at times. However, as a pastor of a diverse church I have committed to choosing love. I am called to resist evil, but the weapon I choose is love.

I’m reminded of one of the most challenging and least quoted teachings of Jesus, which says to “love your enemies.” Love isn’t weak. It actually requires more strength and courage than hate. Love not only resists evil, but also the infantile, knee-jerk response of retaliation.

For those of us who are people of faith, we do fairly well at loving neighbors that look like us, but not our enemies. Though I cannot choose who makes me their enemy, I do have a choice in making them mine.

As I reminisce on the choice I made as an elementary school student, and my retaliatory choice as a teen, as an adult I am challenged to make a new choice—one that is even more significant in this time of great division. I have decided to repair the brokenness of hate with love and to restore the shattered community around me. I hope that you will join me.

Will Gravely is a husband, father, pastor, scholar, and the founder of The Stained Glass Project.