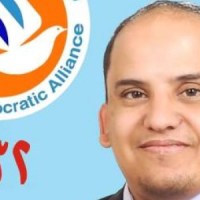 In Iraq, people with special needs or disabilities are not substantially supported by the Iraqi government or the local social welfare system. Although authorities will hold special days, or organize events, and they may even give them some extra money, government assistance is usually not even enough to buy a wheelchair. After all, Iraq has trouble looking after the average citizens’ health, let alone those with special needs.

Currently, there are no accurate statistics on how many disabled people there are in Iraq. The latest estimates from the Iraqi Ministry of Health, based on research conducted over two years ago, indicates that there are more than one million disabled Iraqis. Of this number, approximately 43,600 are disabled because of injuries suffered during the wars that the country has been involved in almost continuously since 1980. There are close to 100,000 amputees, over 100,000 blind people and around 205,000 are at risk of blindness or suffer visual impairment of some kind.

Other sources estimate that the number of disabled in Iraq is actually far higher. The Iraqi Association of Disability Organizations along and the United Nations, for example, suggest that around 10 percent of the population suffers some kind of handicap—this means that almost 3 million individuals have special needs.

RELATED: How People With Disabilities Can Heal Us All

And all of the above is one of the main reasons that Muwafaq al-Khafaji, the head of Iraq’s National Association of Disabled People, ran for Parliament in the country’s general elections in April.

Al-Khafaji’s aim was to allow the voices of the country’s disabled to be heard. As a candidate, the well connected al-Khafaji depended on votes from people with special needs as well as their families and others who are sympathetic to their cause. Al-Khafaji’s friends and supporters volunteered in his campaign, put up posters, and organized voter rallies to raise awareness of Al-Khafaji’s platform.

A visually impaired professor in Baghdad campaigned for similar reasons. Khalil Ibrahim is in his 70’s and ran for office because he wanted to represent Iraqis with disabilities as well as other groups in need, such as Iraq’s poor. Ibrahim believes that these groups are underrepresented in Iraqi politics and he wants to change this; he wants to know why political decisions that should impact these groups never result in any concrete change.

Ibrahim’s election campaign was mostly run by volunteers, with groups putting up his posters and raising awareness of his platform. “Big parties have a lot of money to spend on campaigns,” Ibrahim explains. “But my brothers actually helped me out with mine. Up until today we have spent about [$8,500].”

His team of volunteers included students he is currently teaching as well as some of his past students—he says this brings him so much joy, whether he won or lost.

“Officials show sympathy to us but they don’t actually do anything concrete for us,” says Mohammed Idan, the head of Iraq’s Association of Short Statured People. Idan has previously campaigned to change the way little people are perceived in Iraq. Idan decided to run for office because he wants to see the approximately 7,000 little people in Iraq represented in Parliament.

“We want more than sympathy,” he says. “We want equal rights and a response to our demands for better care.”

Like the other disabled Iraqis who ran for office, Idan relied on Facebook, volunteers, donations and his own limited finances to support his campaign.

There were around 50 volunteers in Idan’s group and each one hung posters in their neighbourhoods, Idan explained proudly. He managed to get 100 posters printed but in some areas they were defaced and cut to pieces.

“That’s an immoral act,” he says, “it shows that there’s no respect or fairness between candidates.”

For Idan and the other would-be politicians, getting to Parliament is important for more than the usual reasons: Besides working on issues like corruption and political gridlock, they want their voices finally heard by the general public.

This article was reposted with permission from Niqash.com.