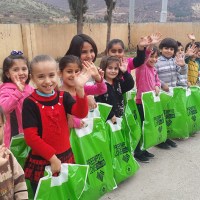 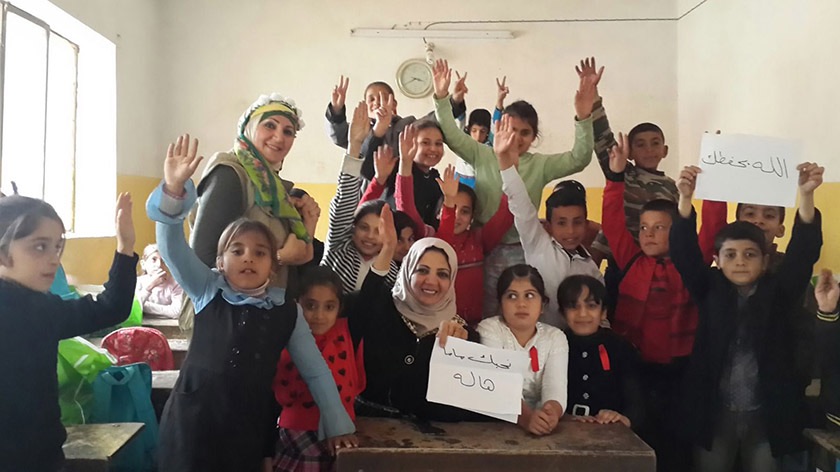 Last summer we introduced you to some of the children displaced by the war with ISIS—thousands who were no longer able to go to school. You showed up! This school year, you helped to put more than 20,000 children back into the classroom full-time! You also helped teachers like Ms. Tagreed to take great care of their students after escaping ISIS.

If militants invaded your home, if you lost everything in the conflict, if you were separated from your spouse, and if you had to start over in an unfamiliar place, you might feel overwhelmed.

You might decide that now is not the time to worry about the needs of others.

And it would be perfectly understandable. It’s how most people would respond.

But Ms. Tagreed is not most people.

For years, she made her home in Mosul, Iraq’s second largest city. When ISIS seized control in 2014, Ms. Tagreed and her family knew they had to get out. But they could not all flee in the same direction.

Her husband’s life was in particular danger, so he escaped to another country. Meanwhile, Ms. Tagreed and her children made their way north—to the semi-autonomous region of Kurdistan, where many families have fled after being displaced by ISIS.

Such hardship would harden many people. For Ms. Tagreed, it unleashed extraordinary kindness.

Before she fled, she was an art teacher. She was exactly the kind of person we needed for our Back to School project for displaced students—not just because of her professional skills, but because of her kindness.

Ms. Tagreed came highly recommended to one of our partners, Hala Sarraf, because of her kindness. But as Hala said after hiring Ms. Tagreed, “I did not expect [her to be] THAT kind.”

As part of our Back to School project, Ms. Tagreed carefully planned for the needs of students throughout the year. At the beginning of the school year, she made sure each child had a school uniform. She even recruited her family to help! Ms. Tagreed’s daughter and father worked to assemble complete outfits for each student, and then her father and son helped deliver and distribute them. 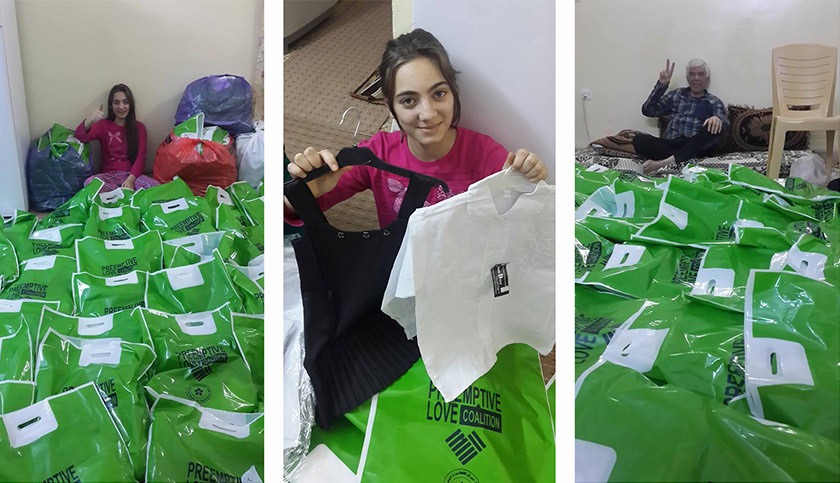 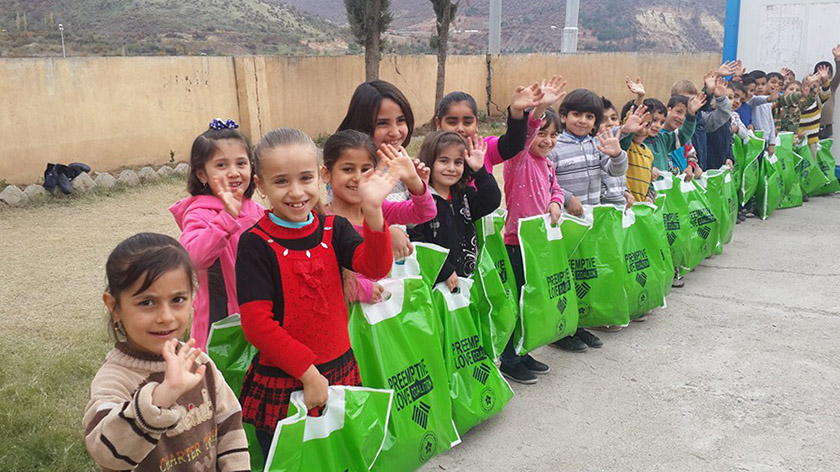 Ms. Tagreed delivered school supplies, making sure that each student had the tools they needed to succeed during the year.

When she noticed the state of the children’s shoes, she arranged for each to receive a new pair. She and the school principal, Mr. Matti, helped each child choose a pair that fit. 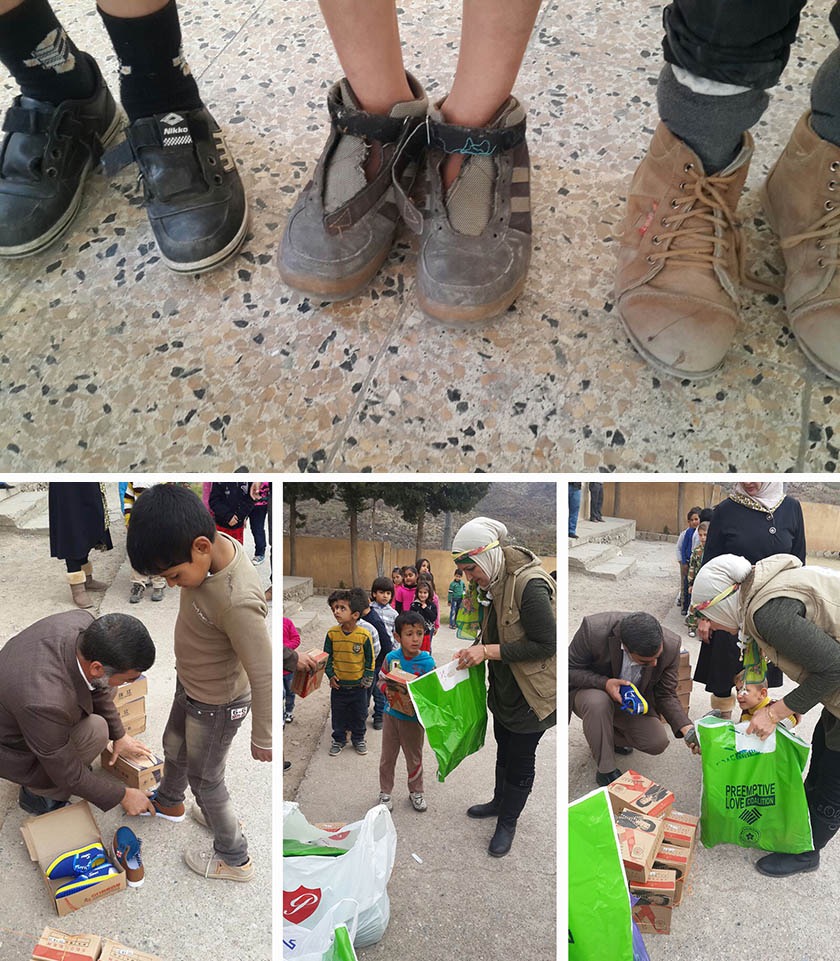 When the the weather turned cold enough for snow to stay on the mountains, Ms. Tagreed delivered hats, gloves, and socks to students to help them stay warm. 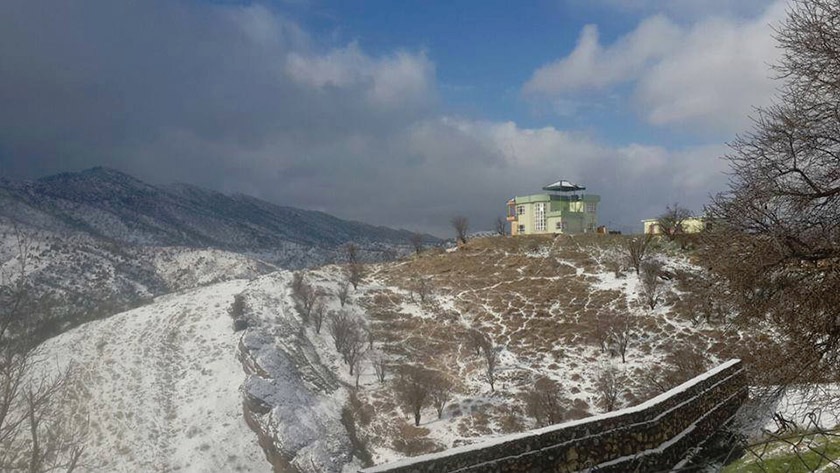 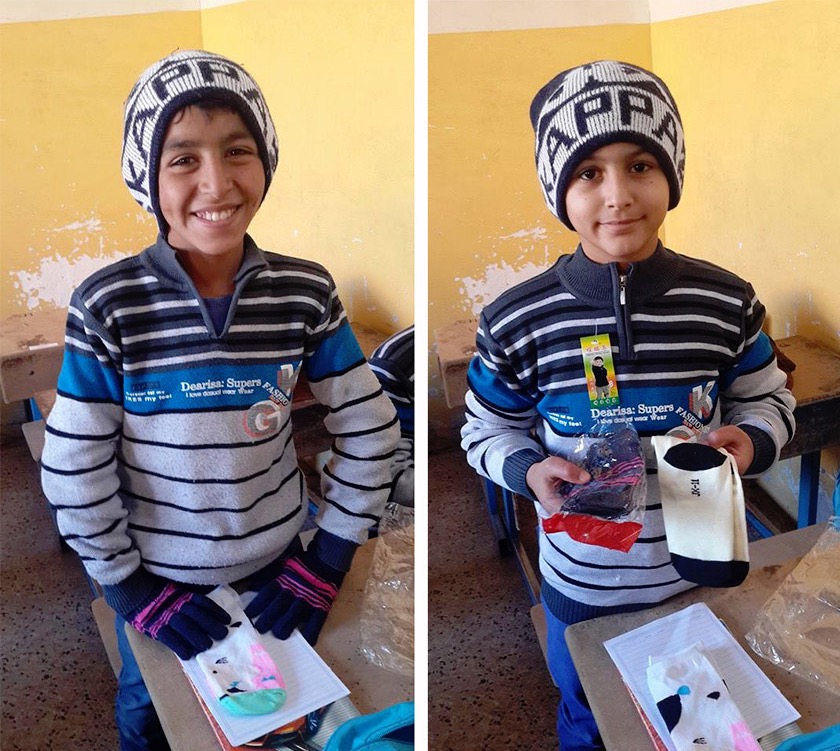 Ms. Tagreed cares for displaced students like only someone who understands their situation can—because she does understand.

Ms. Tagreed is more than a victim of conflict. She’s more than a statistic in Iraq’s ongoing displacement crisis. She’s even more than an art teacher! Ms. Tagreed has made an art of teaching, supporting, and encouraging displaced families. She uses her role in schools to make sure that her students’ families are getting the support they need, too.

Regardless of the weather, she and her son go out to help as much as they can, even though they have little themselves. She has inspired her son and his friends to take on projects of their own, caring for those in need in their community. 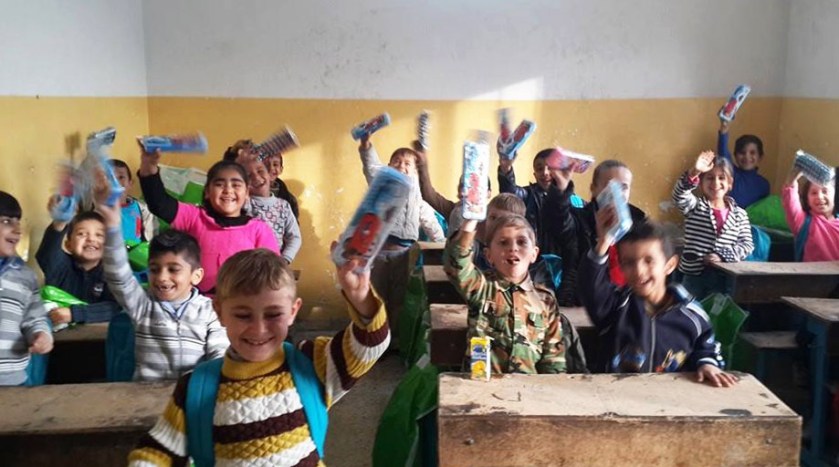 What does it look like to unmake violence when your whole world has been turned upside down because of violence? It looks like Ms. Tagreed.

Tagged: back to school Kurdistan Mosul