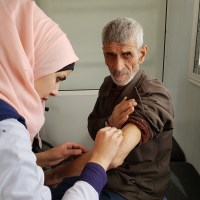 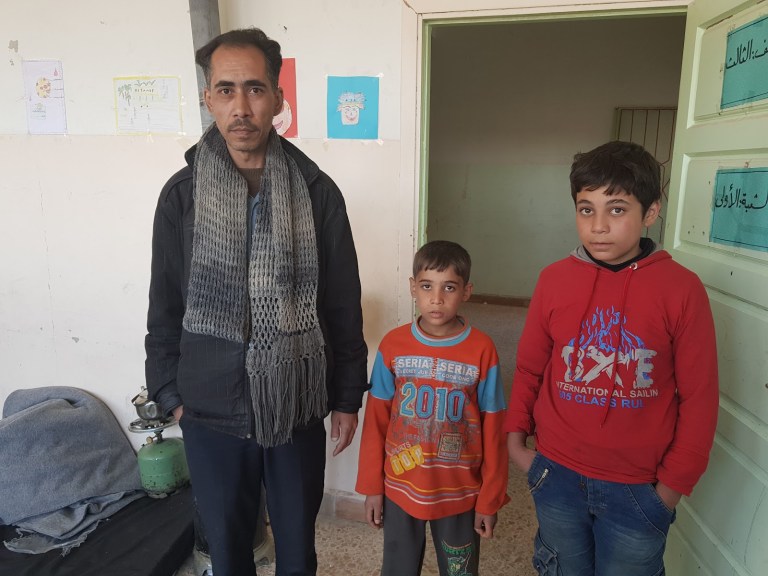 When Mohammad and his wife arrived to the shelter near eastern Ghouta with their three boys, they had only the clothes on their backs.

Mohammad said he could finally breathe again—trapped in basements and underground shelters for years, going days on end without food and water, they felt like they were suffocating.

We rarely hear of the men who stay home to look after their families as best they can.

When the “us vs. them” rhetoric is at its height, there is no room for stories of men who are not fighting.

Everyone is assumed by the other side to be an enemy combatant.

As for Mohammad, he was trapped.  Militia groups refused to allow anyone from his village to flee. Held as human shields, they provided leverage to continue ruling the area for as long as possible. Not only were they living in terrible conditions, but they were under constant threat of bombings.

Mohammad feels a mixture of joy, relief, and impatience now that he is out of danger. He’s impatient because he desperately wants his village to be freed, and the situation returned to what it was before the war. He wants to go back to his village, and to provide a decent life for his family like he did before they were besieged.

Mohammad truly is the most typical husband and father. He wants nothing more than to make a good life for his wife and sons. 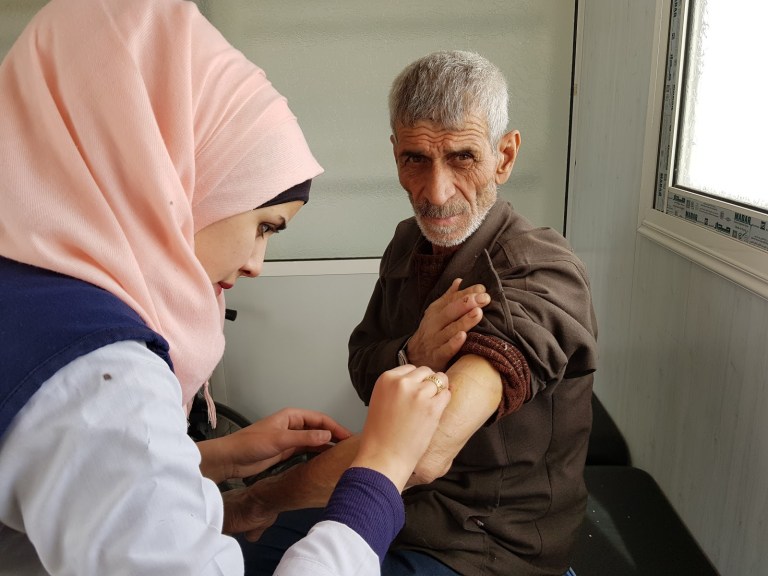 When you ask Said (pronounced say-eed) about the last seven years he spent in his besieged city, it’s his stomach that carries much of the memories. Even if you could find bread to buy, he tells us, it was rotten.

Life was tragic, he tells us simply. One of his sons disappeared during war. His other son was killed three days before we met.

Said and his wife survived the violence, but they won’t forget being treated inhumanely in their own home—in their own home! When you’ve worked your whole life, and provided a home for your family, you expect at least that place will be safe for you and your wife.

Said is thrilled with the shelter. In fact, he called it “paradise.” The shelter is basic, and he is surrounded by strangers in need. But there is food, water, and someone to help with their medical needs.

Said tells us he’s got his sense of dignity is back—that they can feel love again, can feel human again. 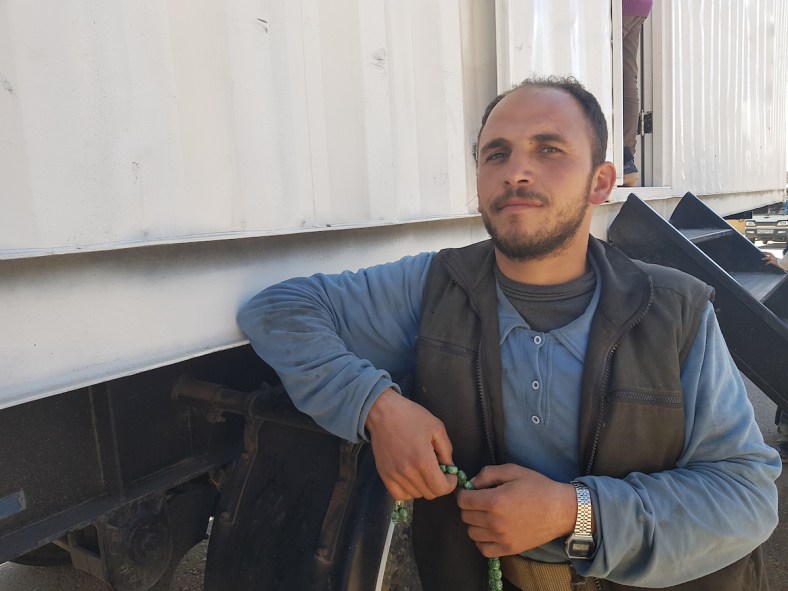 For Mohammad, leaving his home for the shelter might just be the most courageous thing he’s ever done. This is the very first time that Mohammad has set foot outside his hometown.

His life has been tied to his farm for his entire 30 years. Mohammad’s days were set by the seasons—planting, tending, and harvesting crops and caring for his sheep.

He and his parents only survived these years of war because the militias who stole almost everything he raised—including his wheat, barley, tomatoes, and cucumbers—left just enough behind to keep them alive.

In times of war, some families have as many children as they can manage, trying to increase their odds that some will survive the violence. Mohammad has taken a different approach. He hasn’t married. He doesn’t want to bring up children in this war.

For today, Mohammad tells us he’s optimistic and ready to start living again. The war is far from over.

But today, in the shelter, he is safe.

This is who you’re showing up for today—Mohmmad the father, Said the grateful, and Mohammad the farmer.

You are giving them a chance to catch their breaths before they set out to do the one thing that means the most to each of them: provide for their families again.