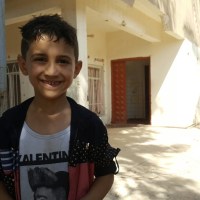 We do not have closer friends or a program that has encouraged us as deeply as we do in Fallujah, Iraq.

And so, with Fallujah making international headlines again at a rapid pace, we want to give a brief overview of what is happening. In subsequent posts we’ll share how it affects the families and children in Fallujah whom we serve, a little more of Fallujah’s significance and why we remain optimistic about the future, but for now, a broad summary:

Depending on your sources, you’ll hear that…

There are a few notable voices saying that the claims of Al-Qaeda in Fallujah and Ramadi are grossly overstated and that the story is a pretext to justify official, state-sanctioned Shia-on-Sunni bloodshed.

The nuances required to understand what is going on are significant, especially for those who have come to equate Anbar/Fallujah with Al-Qaeda, terrorism, and Islamist extremism. The reality on the ground is often different than many of the headlines report or imply.

Sadly, it does not seem like the conflict in Anbar province will be letting up soon. I’ve called many of our friends to check on them: friends in the Fallujah medical community; other civilians who have worked for PLC; and those who are in meetings with tribal leaders. Some have fled the city and are living with hundreds of others in rural schoolhouses. Others are trapped in their homes, dodging Hellfire missiles, unable to go to their medical clinics or the hospital to help the patients they love. Some proudly report they are amassing arms and are ready to fight the Iraqi government. Lost in the mix are thousands of families and their children who are the only future of this country.

Please join us in praying for the safety of our friends in Fallujah and Ramadi and an enduring resolution to this painful bloodshed. More to come…