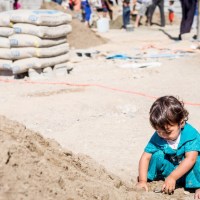 “We know people who joined ISIS. Many did.”

The young man runs a sleeve over his face and blinks at the hot sun. Behind him sits a pile of burnt, twisted air coolers and charred bed frames—vestiges of the fire that tore through his refugee camp in Iraq recently. 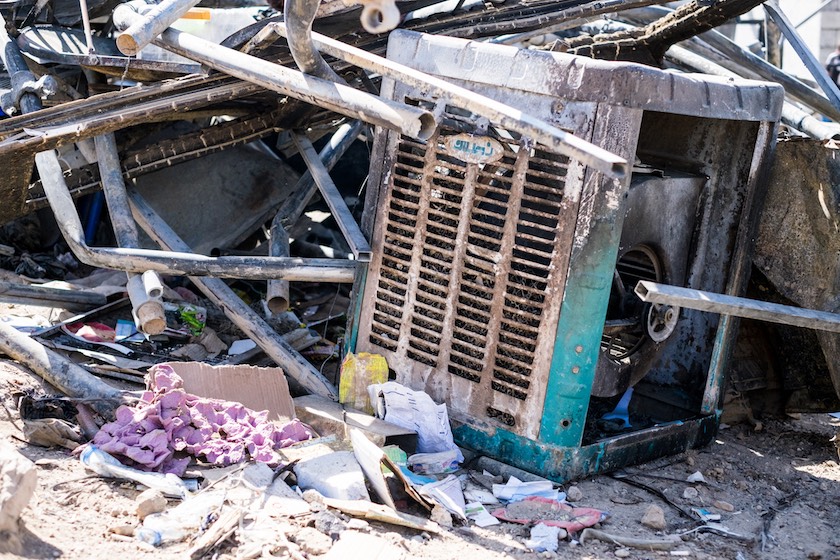 “Then why didn’t you?” I ask. “Why did you choose to leave instead of joining ISIS?”

The young man throws a sidelong glance at his friends, then looks down to the ground and says, “They killed my father. He was Iraqi police.” 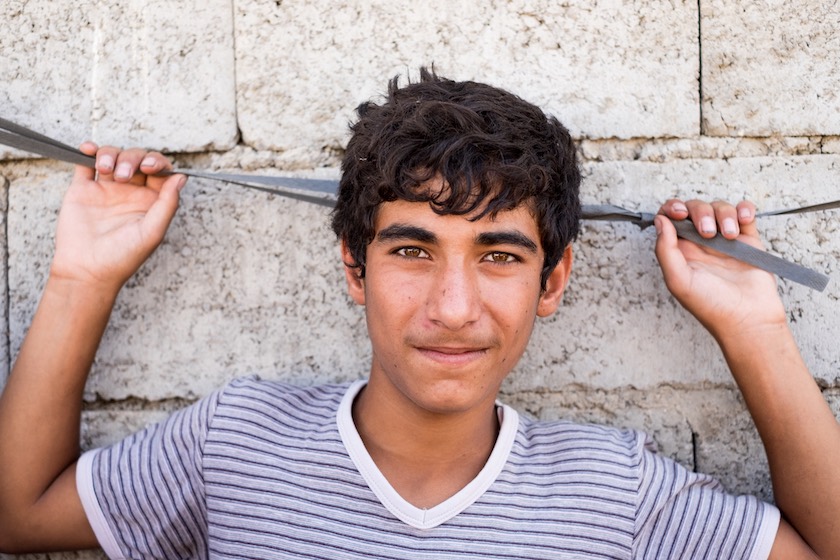 We were here to look after several hundred families affected by the fire.

The camp is situated outside the typical NGO “safe zones,” somewhere between Fallujah in central Iraq and Mosul to the north. It’s just a short drive from ISIS front lines. As a result, people here feel stranded, without much help. 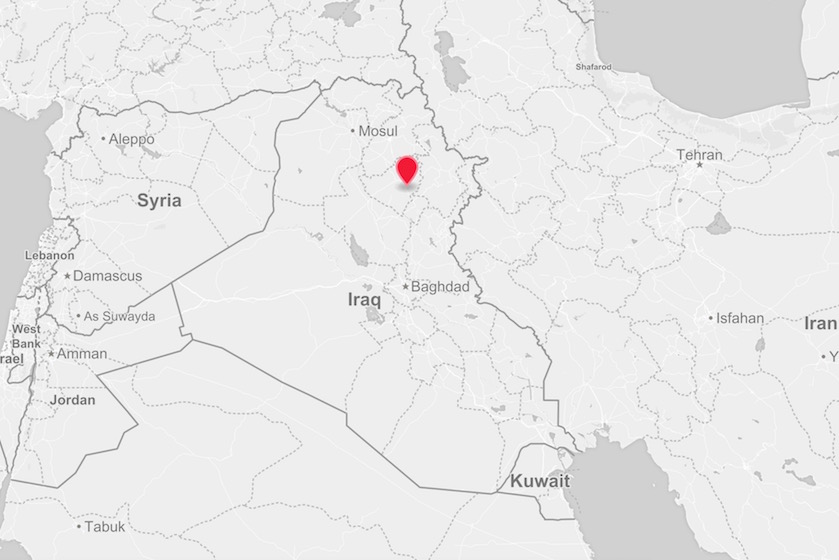 But there’s another reason for their isolation: people back home—their neighbors, fellow community members, and relatives—joined ISIS in large numbers.

When we arrived, locals on our team urged us to avoid saying where they were from, for fear they would be unwelcome. They recommended we avoid sharing our nationality, too.

The people in this camp have been branded as ISIS sympathizers and supporters, and its’ is a big part of why they’re stuck living outside the safe zones… and why haven’t received much help.

People are afraid of them.

So when tragedy strikes, when a fire tears through their camp, and when families lose everything again—who would even show up for them? 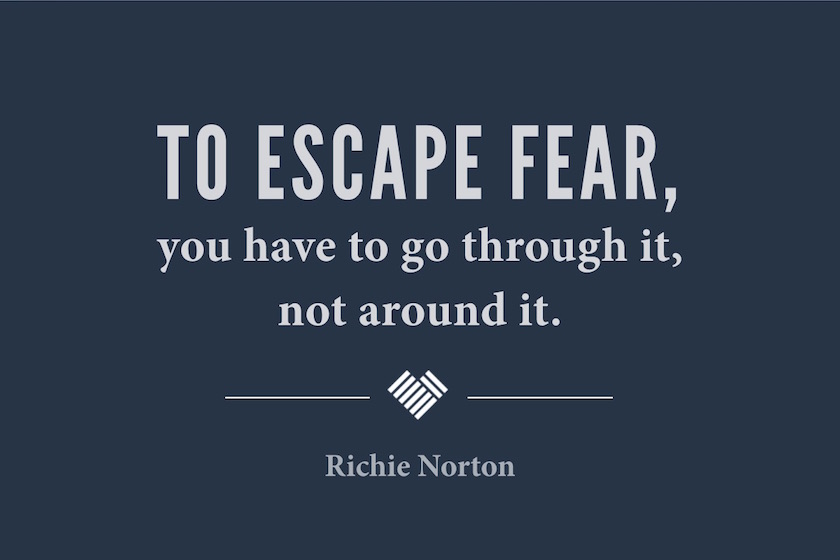 Last week, a woman in this refugee camp was preparing lunch for her family.

For a moment, she stepped away from her kerosene stove and out of her tent. We don’t know why or for how long, but it was long enough for a tent flap to catch fire, and for the fire to spread—ultimately consuming the homes of more than 50 families.

Twenty large tents in all.

Amazingly, only person was harmed in the blaze: a father burned his hand grabbing a superheated gas can, so it didn’t explode and kill his neighbors.

Families who had lost everything to ISIS, lost it all over again. 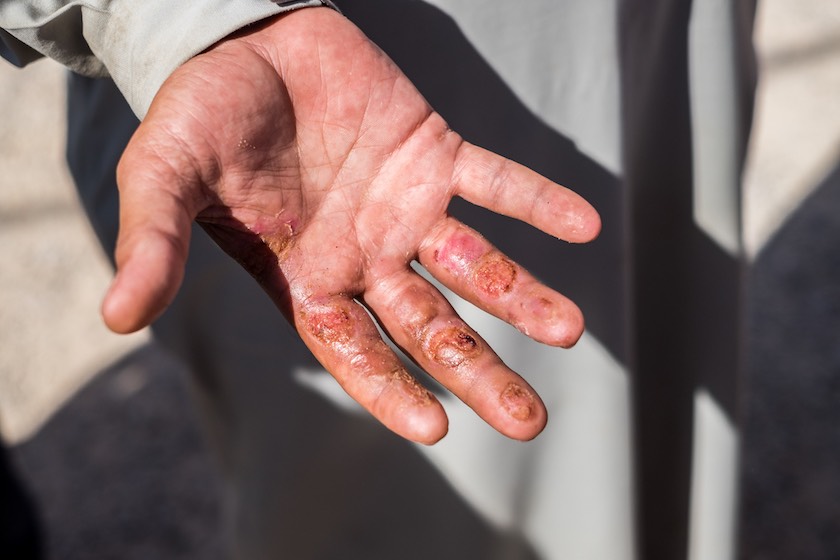 But rather than wallow in their loss or complain about the fire and no one is helping them, the people of this camp got to work. They rolled up their sleeves. They took out a loan and started building.

“Rather than set up new tents that could burn all over again, we’ll build something that doesn’t burn,” they said.

They didn’t just wait for help to come. 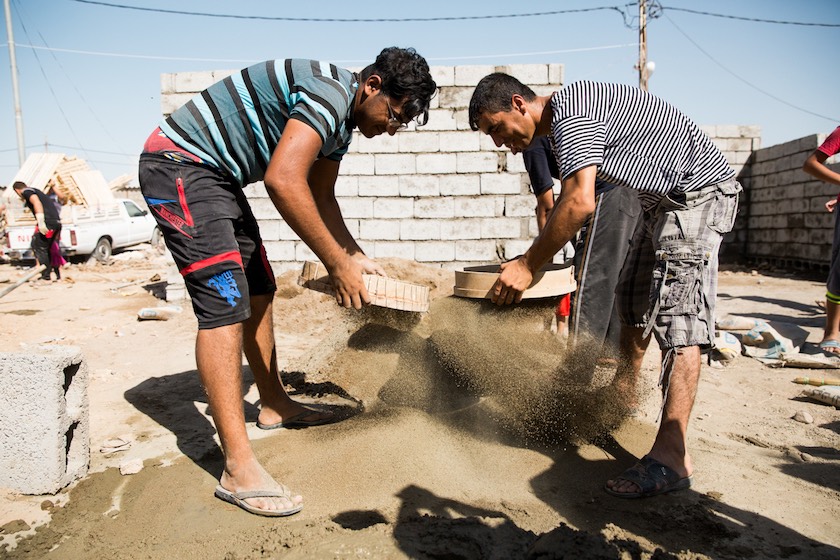 When we arrived, young men and women had formed an assembly line to sift, mix, and spread cement across, while others carefully set the concrete bricks, one over the other. Houses were going up quickly as the entire community pitched in to help. 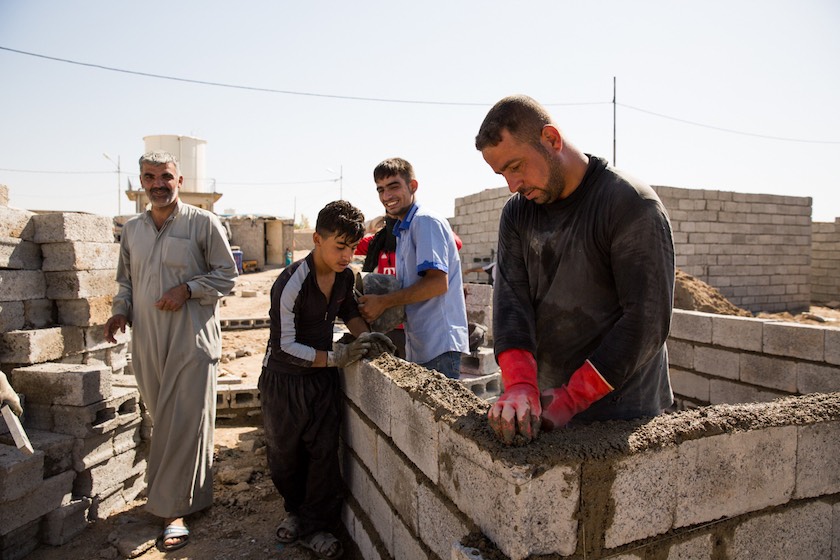 At one point, the man in charge gestured toward the new homes and said, “We didn’t know if anyone was coming, so we are building the houses ourselves.”

Their initiative inspires us. It defies the popular stereotype that says refugees ara lazy or unwilling to contribute to their communities. 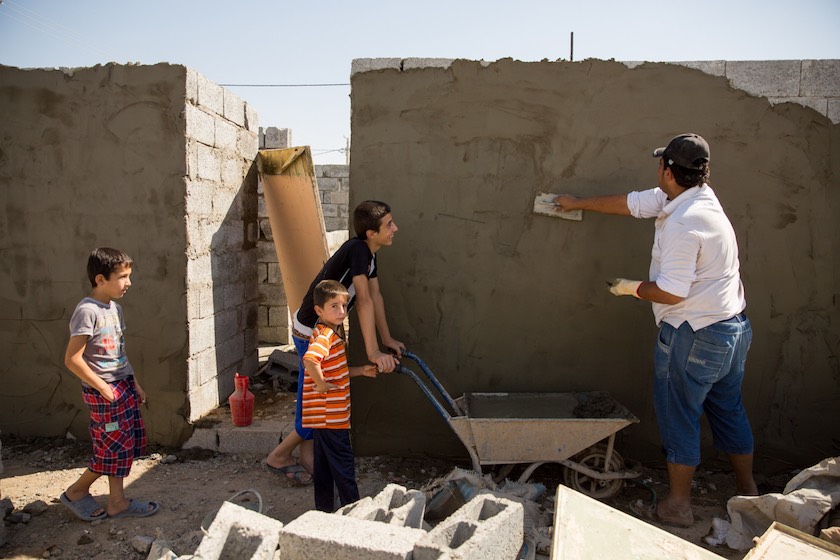 These families didn’t wait for anyone to show up, but that doesn’t mean they had everything you needed. Far from it.

That’s why what you did here matters, too. You leaned into their initiative. You brought these hard-working, displaced families a truckload of rugs, blankets, and beds—items that were lost in the fire. In fact, you fully met their need within hours of our appeal. You helped them recover what was lost and make their homes even better than they were before. 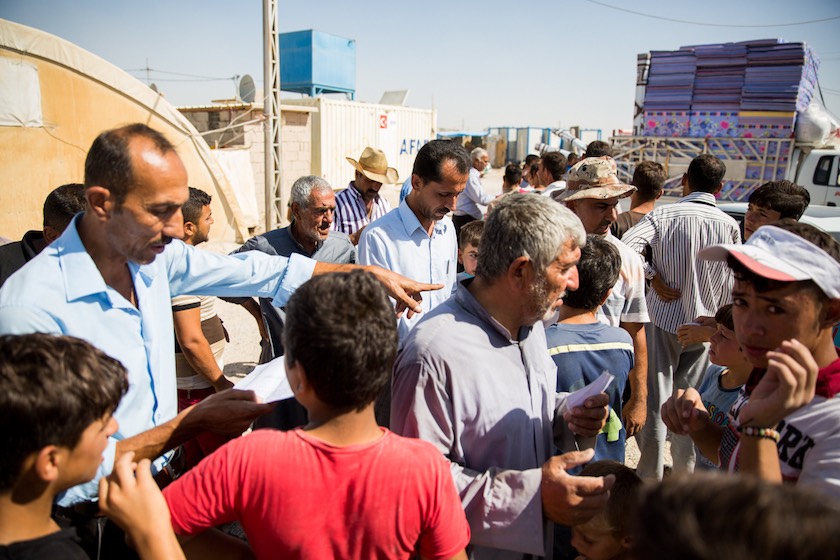 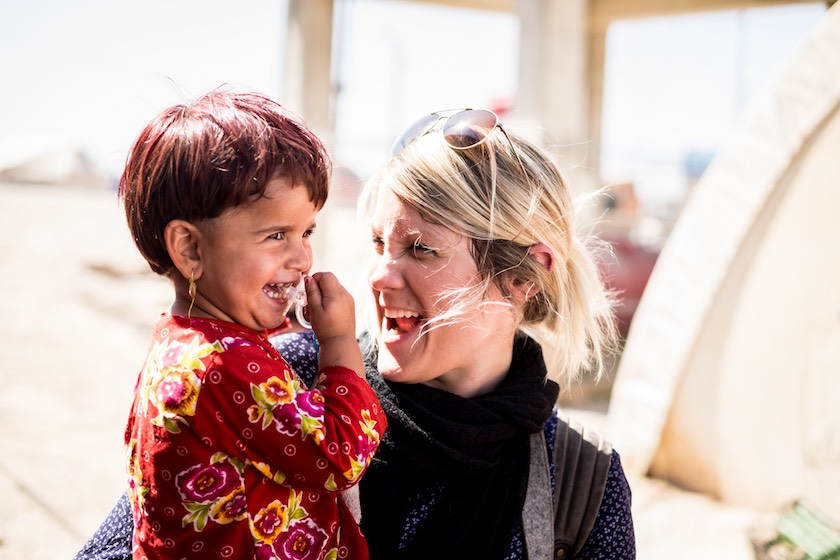 Yet again, you showed up—outside the “safe zones,” a few miles from ISIS front lines, to love the people no one else will. You didn’t let fear or mistrust stop you. There was a need, and you showed up to meet it.

And we plan to do so much more with these families, too.

We’re using your donations to continue the rebuilding effort—to make sure families get things like roofs for their newly built homes, water pipelines, fire extinguishers, and solar stoves to protect the remaining tents.

First and foremost, we’re listen to displaced families, to hear what they need. More than anything, these families want to make sure their children are safe from accidental fires. 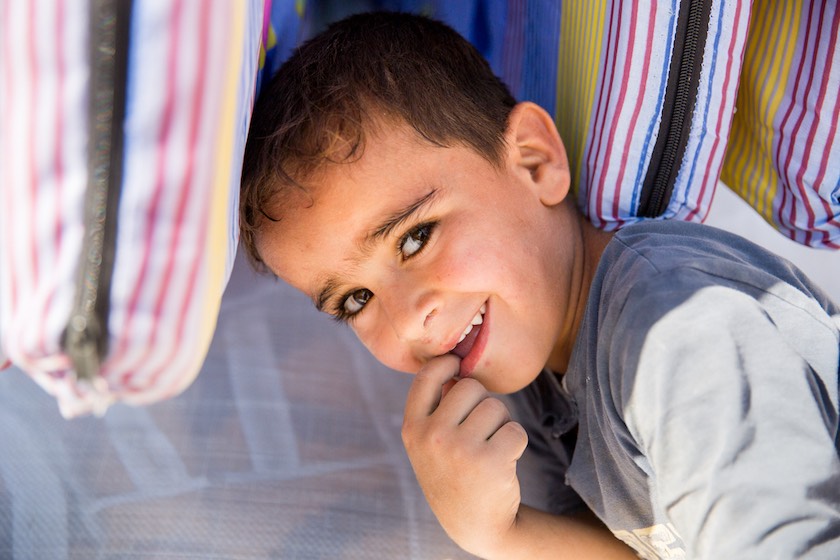 Thank you for hearing and responding to them.

Thank you for serving hard working, hopeful communities like this one. Thank you for donating and for loving in the hard places, where others won’t go.

To many, the people of this camp are too lazy, too dangerous, or just too far out of reach.

But not to you. You’re there, working alongside them, letting them know they are not forgotten or alone.