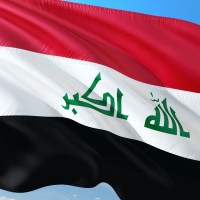 A few articles we’ve referenced this week in our efforts to understand and explain (some of) what is going on in Iraq with regard to the heightened sectarian rhetoric, the newly declared Islamic State, and the much discussed re-drawing of borders.

“The Promise of Allah”: Official Declaration of the Islamic Caliphate

If you’re wondering what’s meant by the declaration of an Islamic State, here’s the official statement (translated into English).

In case you don’t want to read the entire statement, this article hits the key points of the Caliphate’s declaration, including ISIS’ official name change.

This interactive map highlights how ISIS took over large portions of Syria and Iraq.

Sectarian genie is out of the bottle from Syria to Iraq, Samia Nakhoul

This article addresses the present implications of Iraqi sectarianism, along with some of the history behind it.

A historic call from Kurdish President Mahmoud Barzani for a vote on Kurdistan’s independence.