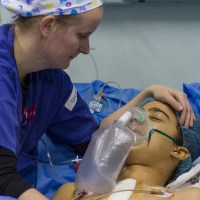 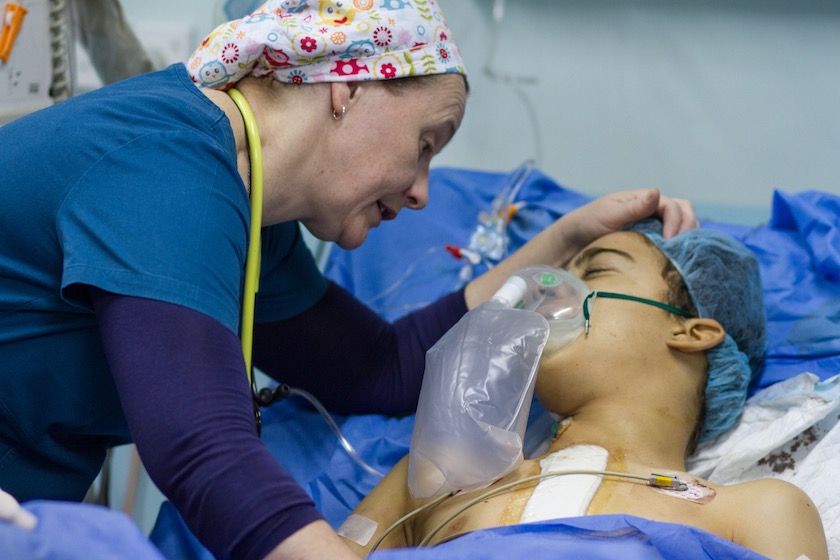 This week is Congenital Heart Defect Awareness Week. In addition to serving refugees on the front lines of conflict, you’ve helped provide lifesaving cardiac care for hundreds kids in Iraq, Libya, and other countries—kids who have no other way of getting the care they need. Recently, your love showed up in southern Iraq for kids like Falah.

When Falah closes his eyes, he sees himself high above the clouds, in the cockpit of a fighter jet. When he imagines his future self, he is a pilot who helps to defend his country from the forces which seek to destroy.

But the last time we met Falah, he was lying in a hospital bed, recovering from the surgery that saved his life.

Falah is a normal 16 year-old. He loves to watch war movies and play video games. His favorite soccer player is Christiano Ronaldo, and he has his favorite meals that his mom cooks. (Chicken or fish, please!)

In one important way, Falah was always different from his peers—he couldn’t play soccer. He was born with a heart defect that wouldn’t let him.

When he was very young, his heart defect was less of a problem. In fact, his family didn’t even know that he had one! But as he got older, his heart wasn’t able to keep up with his growing body. He was often tired. If he was out in the summer sun too long, he would pass out. Two years ago he was riding his bike home from school when he passed out on the side of the road. His family rushed him to the hospital. Falah complained to the doctor that his heart was racing and it hurt.

School became more difficult for Falah. His heart struggled harder to keep up. He was always so tired. Often he got dizzy, and couldn’t see the words in his textbooks. Sometimes he passed out in class. His tight-knit group of friends tried to help by raising up his legs to get more blood to his heart.

This year Falah was asked to leave school. He was too far behind his classmates.

Falah’s routine changed. Instead of the daily pattern of classes, he now had a weekly pattern of doctor appointments. In fact, it’s amazing that Falah is still alive at all—most children born with his type of heart defect don’t live this long without surgery.

His doctor told Falah’s family that he couldn’t get the surgery he needed here in Iraq—there simply wasn’t the necessary equipment or skilled doctors. They applied to the government to get surgery outside the country, but heard nothing after months of waiting. Falah’s mother and the rest of her family were crushed with a sense of depression, worried that her son wouldn’t live long enough to get the surgery that could save his life. 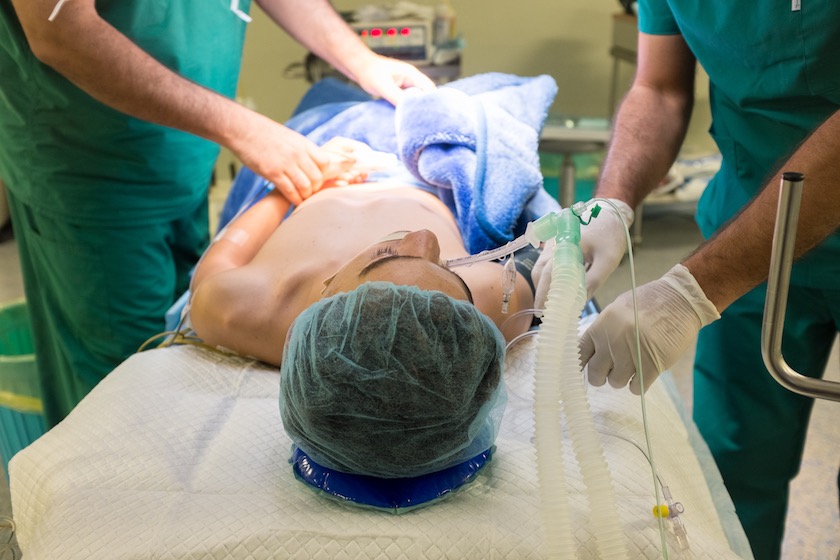 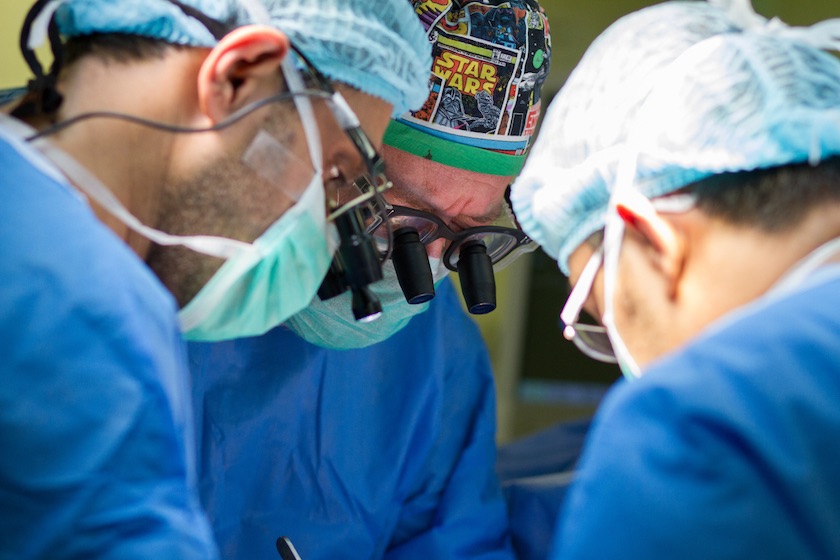 And then one day, at one of his weekly check-ups, Falah’s doctor told him there was an international team coming to perform the kind of surgery he needed—it was the team that you sent to Basra in southern Iraq.

Falah got the surgery he needed to live. He survived the waiting that led up to that day. And now he flashes a thumbs up when we ask how he is feeling.

Recovering in his bed, as wires and tubes are removed one by one, Falah and his mom are able to think about his future. He talks about returning to school. His mom hopes that Falah can have a successful life—that he will go to college, and simply be an ordinary boy. 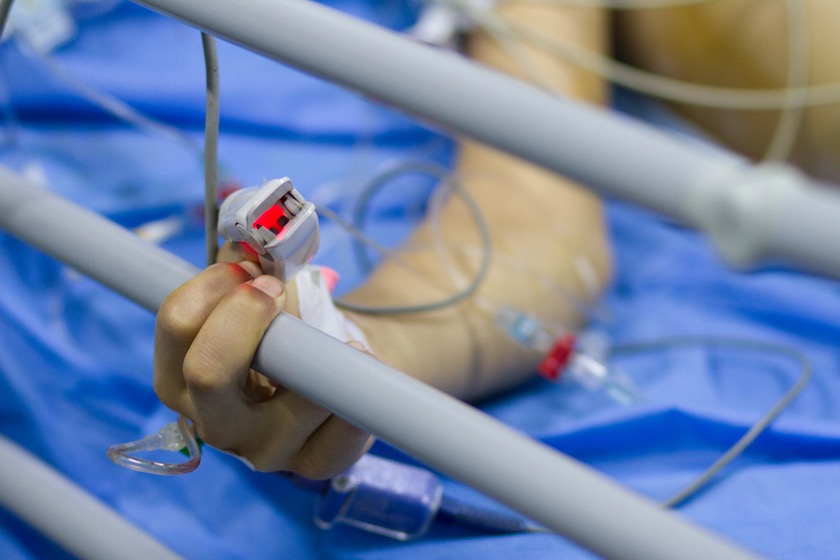 But the very first thing Falah planned to do after being released from the hospital? He wants to play soccer with his friends, the same friends who cared for him when he passed out in class. Falah might not become a fighter pilot, but now he can fly on the soccer field, as fast as his legs will carry him, just like his hero Ronaldo.

Keep leaning in for the children of Iraq and Lybia. Give today.