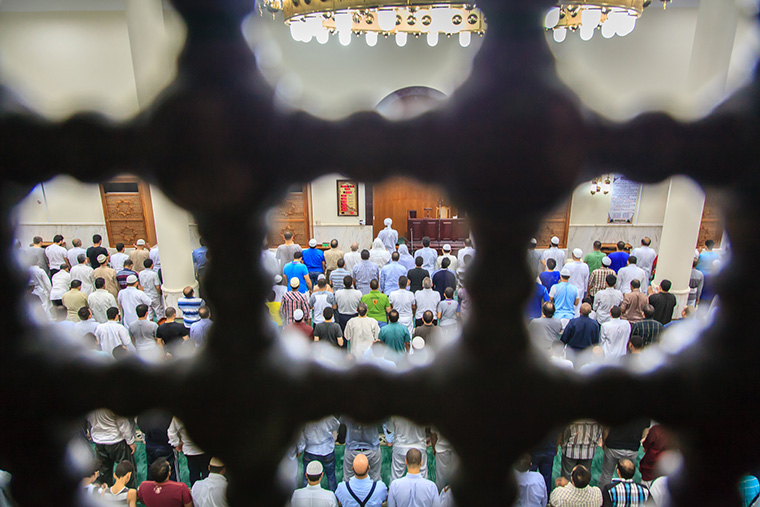 Our Muslim friends are observing the holy month of Ramadan. This year, Ramadan started on June 18th. It is a profoundly important time in the Islamic calendar and fairly misunderstood in much of the world. Thankfully, the Council on American-Islamic Relations produced a resource guide with answers to the questions that many people raise.

Below are questions and answers prepared by Muslims, speaking about Ramadan in their own words.

Q: How did the fast during Ramadan become obligatory for Muslims?

A: The revelations from God to the Prophet Muhammad that would eventually be compiled as the Quran began during Ramadan in the year 610, but the fast of Ramadan did not become a religious obligation for Muslims until the year 624. The obligation to fast is explained in the second chapter of the Quran:

“O ye who believe! Fasting is prescribed to you as it was prescribed to those before you, that ye may (learn) self-restraint…Ramadan is the (month) in which was sent down the Quran, as a guide to mankind, also clear (Signs) for guidance and judgment (between right and wrong). So every one of you who is present (at his home) during that month should spend it in fasting…” (Chapter 2, verses 183 and 185)

Q: What do Muslims believe they gain from fasting?

A: One of the main benefits of Ramadan is an increased compassion for those in need, a sense of self-purification, and reflection and a renewed focus on spirituality. Muslims also appreciate the feeling of togetherness shared by family and friends throughout the month. Perhaps the greatest practical benefit is the yearly lesson in self-restraint and discipline that can carry forward to other aspects of a Muslim’s life such as work and education.

Q: Why does Ramadan begin on a different day each year?

A: Because Ramadan is a lunar month, it begins about eleven days earlier each year. Throughout a Muslim’s lifetime, Ramadan will fall both during winter months, when the days are short, and summer months, when the days are long and the fast is more difficult. In this way, the difficulty of the fast is evenly distributed between Muslims living in the northern and southern hemispheres.

Q: What is Lailat ul-Qadr?

A: Lailat ul-Qadr (“Night of Power”) marks the anniversary of the night on which the Prophet Muhammad first began receiving revelations from God, through the angel Gabriel. An entire chapter in the Quran deals with this night: “We have indeed revealed this (Message) in the Night of Power: and what will explain to thee what the Night of Power is? The Night of Power is better than a thousand months. Therein come down the angels and the Spirit by God’s permission, on every errand. Peace! This until the rise of morn.” (Chapter 97) Muslims believe Lailat ul-Qadr is one of the last odd-numbered nights of Ramadan.

Q: How can co-workers of other faiths and friends help someone who is fasting?

A: Employers, coworkers and teachers can help by understanding the significance of Ramadan and by showing a willingness to make minor allowances for its physical demands. Special consideration can be given to such things as requests for vacation time, the need for flexible early morning or evening work schedules and lighter homework assignments.

It is also important that Muslim workers and students be given time to attend Eid prayers at the end of Ramadan. Eid is as important to Muslims as Christmas and Yom Kippur are to Christians and Jews. A small token such as a card (there are Eid cards available from Muslim bookstores) or baked goods given to a Muslim coworker during Eid al-Fitr might be appreciated.

Hospital workers should be aware that injections and oral medications might break the fast. Patients should be given the opportunity to decide whether or not their condition exempts them from fasting.