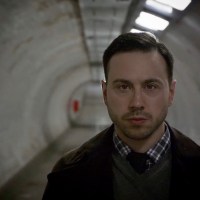 “I was completely fixated on the screen. And I watched people jumping out of those windows to avoid being burned alive. Not one moment did I think, These people have families—fathers, mothers, brothers, sisters. Not one moment.”

“It was payback. It was retribution. It was fair dues.”

Adam Deen speaks calmly of his reaction to seeing the Twin Towers burn on September 11, 2001. He wasn’t sad at all to see people die. Adam was an ordinary Londoner who fell under the spell of a radicalized Islamic teacher, and himself became a disciple of violence.

Adam “woke up” before ever participating in any violent acts himself. For him, it was meeting the relative of a 9/11 victim. That was the moment he realized the real impact of what he’d been taught: “The teaching would dehumanize non-Muslims.”

“What was painful for me was that whilst I was going around being an extremist and a hothead… people were getting on with their lives.”

But the words that linger, long after watching Adam’s  story, are the ones he uses to describe his teacher, the one who led him to the path of violence and hate:

“He could do no wrong. He was almost like a father figure. It felt amazing, actually. It felt like I had a purpose here, and someone had a plan for me.“

So many people who join violent groups express the same feeling, the same desire: the need to belong. And within these groups they find that sense of belonging that they could not find anywhere else.

The government can’t do that. But you and I… we can.

We’re grateful to the filmmakers at duckrabbit for allowing us to share Adam’s story. His story is part of a series of short films shared by Extreme Dialogue, a program to give young people a positive alternative to extremist material online.