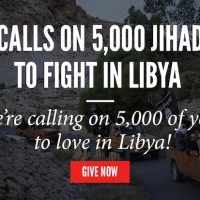 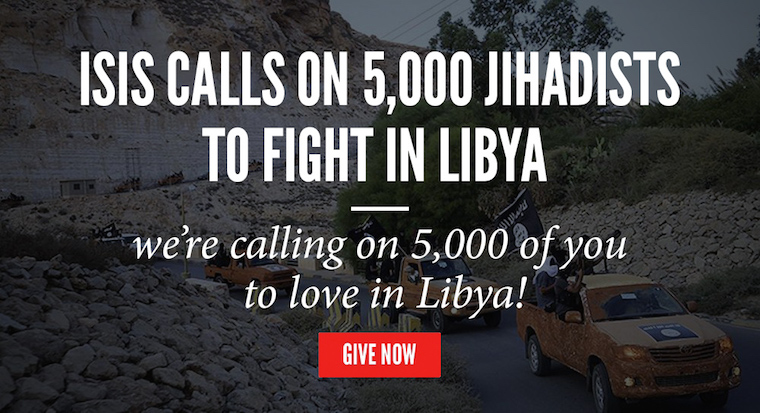 “Over 5,000 foreign fighters have flocked to Libya to join the ranks of radical Islamist groups such as the Islamic State…”

How do you respond when you read bad news like that?

It’s perfectly normal to close the computer or switch off the phone and to move on. It’s normal to assume we can’t do anything or that it won’t affect us.

But where have normal responses gotten us?

Where did normal responses get us in Syria and Iraq, where ISIS militants are now entrenched, reportedly training squads of child suicide bombers? The pattern is there: typical responses like ignoring the problem or trying to bomb away an idea just don’t work, and they may even make things worse.

But that doesn’t mean we can’t respond—we can! But our response can’t be normal.

Sending medical teams into Libya during a civil war as other aid organizations are pulling out is anything but normal. By investing in Libyan families.

You make life difficult for jihadist recruiters who want Libyans to believe they’ve been forgotten, that a fanatical, violent ideology is their only hope.

You put a different sort of boots on the ground—scrub-clad, sanitized “boots” set on saving lives and waging peace.

You make an investment in Libya’s infrastructure, strengthening hospitals and their ability to support families and resist groups like ISIS.

Thousands of fighters are entering Libya in a bid to expand their reign of terror. We’re calling on thousands like you to respond—will you?

Read more about Libya’s influx of jihadist fighters at Newsweek.com.