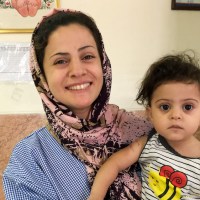 Early today, a dozen people in Iran were murdered by ISIS. Tragically gunned down and blown up at two of the country’s most symbolic locations. But you may not have heard about it. Partially because of our relentless 24-7 news cycle. And partly because, for those of us in the United States, Iran is our enemy.

This is the first time that ISIS, which claims to be Sunni Muslim, has targeted Iran—a mostly Shia country. According to the prevailing sectarian narrative, the two are natural adversaries. And both ISIS and Iran are our nation’s adversaries.

So why should we care if one of our enemies attacks another? How should we respond when a terror group attacks a country accused of funding terrorists? What’s the right answer when there’s no clear good guy?

Our countries may not have diplomatic relations, but that doesn’t mean that Iranians themselves are our enemies. And it should not keep us from mourning with them when their people are murdered by terrorists.

This is something we’ve learned as we’ve provided medical care for Iranian children—that Iran is not everything you’ve been told it is.

The people we’ve met in Iran don’t view Americans with the same fear or suspicion with which they’re often viewed. Regardless of how Americans are portrayed to them, many Iranians simply refuse to see us as enemies. They refuse to accept that we must be enemies simply because they’ve been told so.

And refusing to be enemies? That’s the very first baby step toward love. It’s an acknowledgment that the person who could—and maybe even should—be your enemy is fully human.

Hate feeds off dehumanizing others, but it’s difficult to hate someone if you take the time to really see them.

One of the moms we met on a recent medical mission said something we’ll never forget while she was waiting for her daughter to come out of surgery.

“What are your dreams for your daughter?” we asked.

Without hesitation, she answered, “That she would be brave and kind… fully human, of course.”

Violence is unmade when we see our enemies as fully human. When we defy those who try to tell us who we should hate or fear. When we grieve—even with our enemies—when tragedy strikes. When we refuse to be enemies and show the world what it looks like to love anyway.