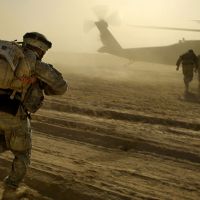 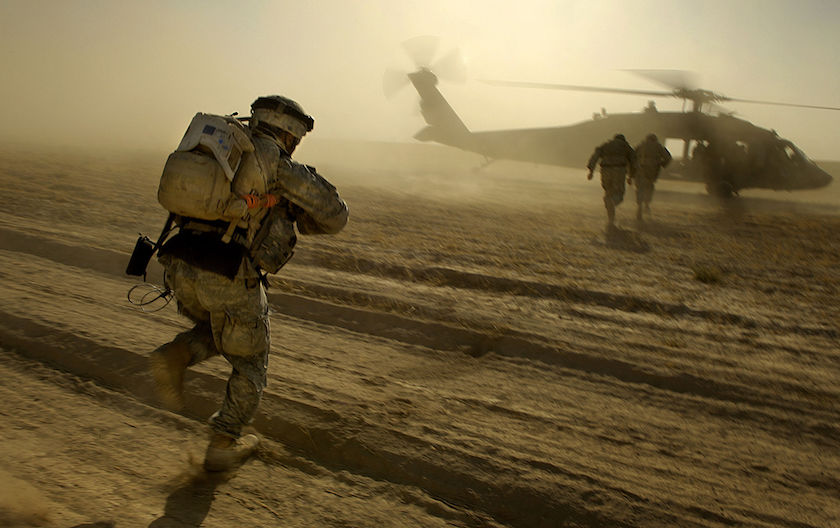 “Come in, come in, and take your shoes off.”

His green eyes sparkled as he whisked me into his home. My job as a peacemaker with Preemptive Love Coalition gives me a chance to connect with different people every week. The other day, I looked for a professor at the local university who speaks Arabic and could help with a quick translation. Dr. Sabah Alwan responded graciously to my email and invited me to his home.

His grey hair and quiet command are a sign of what he’s accomplished in his 30 years as a behavioral science professor.

“You look familiar,” his wife Caterina said. “You were at the Muslim student memorial service with your kids, right?” (The Muslim Student group on campus had invited the community to join them in mourning three Muslim students who were killed in their Indiana home.) She was too polite to mention that I was the one who interrupted the whole service by coming in late and whose kids who whisper-screamed their questions to me during the service.

My shoes were by the front door, I was seated on a comfy couch, and a cup of chai was in my hand when I asked Dr. Alwan where he learned Arabic. His eyes lit up as he spoke about his homeland.

“I grew up in a suburb of Baghdad. It’s so beautiful there, the lush green gardens, the fruit trees, watermelons. The Euphrates River and the Tigris.”

Sharing memories of Iraq’s beauty—Babylon and its Hanging Gardens, the incomparable watermelons and cantaloupes—it’s something I haven’t done with anyone in years. We reminisced about the side of Iraq the media neglects to show. Gardens, boyhood homes, melon season, familiar neighborhoods.

“How did you come to see my country?” he asked at last.

“I was deployed in 2003 as a medic in the Iraq War,” I said quietly, unsure how he felt about serving tea to someone whose presence in his country was connected to so much violence.

He barely nodded his head.

Memories tumbled back into my mind of the year I spent waging war in Dr. Alwan’s homeland. Barren deserts, too quiet for comfort. No birds chirping, no insects buzzing. Lush trees, the historic Euphrates and Tigris rivers, cutting through ancient lands. Iraqi hospitality, extended even to me as I entered someone’s home, armed as an occupier.

I waited nervously for him to say something. He simply pressed on with his story. “I always wanted to go back,” he said. “I never planned on staying in America after I got my education.”

Dr. Alwan left Iraq years ago, when he was 19, to pursue his education. Almost every time he tried to go back, something would happen—some act of violence that made it impossible to return.

“I did go back when my mother was sick with cancer,” he said, “so I went to take care of her.”

By that time, the U.S. had imposed strict sanctions on Saddam’s regime. Many Iraqi families struggled to find food.

Caterina, Dr. Alwan’s wife, recalled their time there. “I had just had our first baby—she was 6 weeks old—and I went to be with Sabah while his mother was sick. My mother said I was crazy to go. I lost 40 pounds in a month, because there wasn’t enough food.”

As Caterina searched the markets for food to buy, she learned a new expression from the shopkeepers: maccah, meaning “nothing.”

Dr. Alwan told me with pride about Iraq before it was engulfed in war. “At one time, Iraq graduated more Ph.Ds per year than any other country—and I mean women as well as men,” he said. As a father of two girls, he cares deeply about their value and wants them to have every educational opportunity that he enjoyed.

“We had one of the most state-of-the-art medical systems,” he said. “Western countries were looking at Iraq’s model of care.”

All that was before the first Gulf War in 1991.

“After that, we had nothing. Every building over four stories tall was bombed. Our hospitals were gone. My mother was given the wrong type of medicine for her cancer because that was all they had on left on the oncology ward. This made her sicker, and she suffered.”

He paused and looked away. “She suffered horribly. Cancer killed her without the relief of the right medicine.”

He shared some of the other devastating effects of war that he had witnessed. “The bombings destroyed our sewer system, so we were infected with disease. It took out our electricity.”

He stopped, then quietly stated, “These are crimes against humanity, Diana.”

I sat on Dr. Alwan’s couch, unsure how to respond. My mind caught a glimpse of the rubble. Pain is the most agile time traveler I have ever met.

There was nothing to say into the silence. I couldn’t help but feel he was right, that these weren’t strategic acts in response to Saddam’s invasion of Kuwait, but acts of violence that hurt 33 million dads, daughters, mothers, and sons. They hurt grownup sons watching from across the ocean, too, who saw their homeland unmade.

The pain these bombings caused was palpable right then in Dr. Alwan’s living room.

In that moment, we weren’t the Iraqi professor and the American soldier. We were just people, sitting with each other’s loss.

At last, his soft, fatherly eyes settled on me, and he asked, “How could they send a 23-year-old woman thousands of miles away to wage war in a country she knew nothing about?”

“I don’t know,” was all I could say. Because, to be honest, I still don’t understand it myself.

All those memories—the fear I felt as the plane touched down in Iraq, charging into the ink black desert night, distributing chemical warfare kits to my company of soldiers, a gas mask strapped to my thigh, prayers that I wouldn’t taste the gas in my mouth before everyone else had their antidotes, stumbling across a gleaming white skull in the desert, trying to avoid stepping on old landmines left in the sand, listening to who died each day as if it were the weather report, the “new normal” of being shot at every day—I couldn’t make any sense of it then. Thirteen years later, after sitting in Dr. Alwan’s house, I still can’t. I can’t point to a safer world as a result, one that was worth all the sacrifices—including veterans who’ve lost themselves to PTSD, addiction, homelessness, even suicide.

So instead, Dr. Alwan and I just sat with the weight of human pain between us.

What Dr. Alwan taught me is that you don’t have to demonize others in order to grieve your own pain. He showed me that he can mourn what happened in Iraq and still love his American neighbors.

Likewise, Americans can feel legitimate, justifiable fear in the wake of Paris, Brussels, and San Bernardino—yet still choose to love Muslims and refugees.

It cuts both ways. 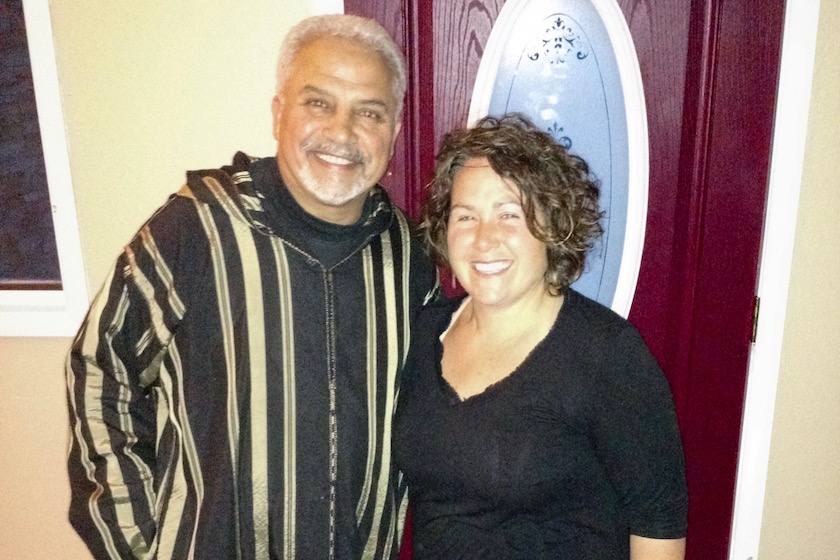 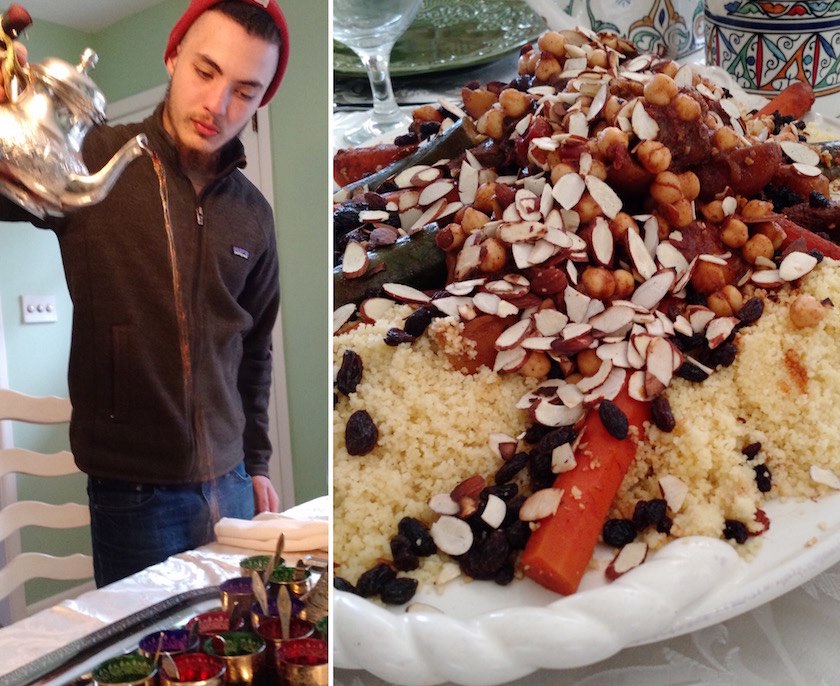 Dr. Alwan leaned in. He leaned forward first, because that’s what love does. He remade part of my unfinished soldier story… my unfinished human story.

He saw the impossible task my 23 year-old self had been sent to do. I saw his ongoing pain, a consequence of invasion, violence, and seemingly endless cycles of bombing.

Dr. Alwan saw me that day—not just the uniform I had worn, or the country I was from.

He saw my cuts, and he chose to bleed with me.