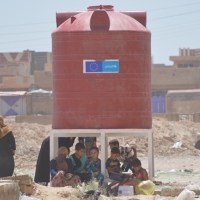 Militants are firing on civilians as they flee the ISIS-held town of Hawija in northern Iraq, according to a report last week from Al Jazeera.

Hawija has been under ISIS control for more than two years now. A campaign to liberate the town may begin soon, as government forces continue to press militants along the Mosul corridor, the most significant remaining ISIS stronghold in Iraq.

The people of this community have endured violence for years. During the Iraq War, Hawija was viewed as one of the most dangerous places in the country. Three years ago, dozens of civilians were killed here during clashes between protestors and government forces. 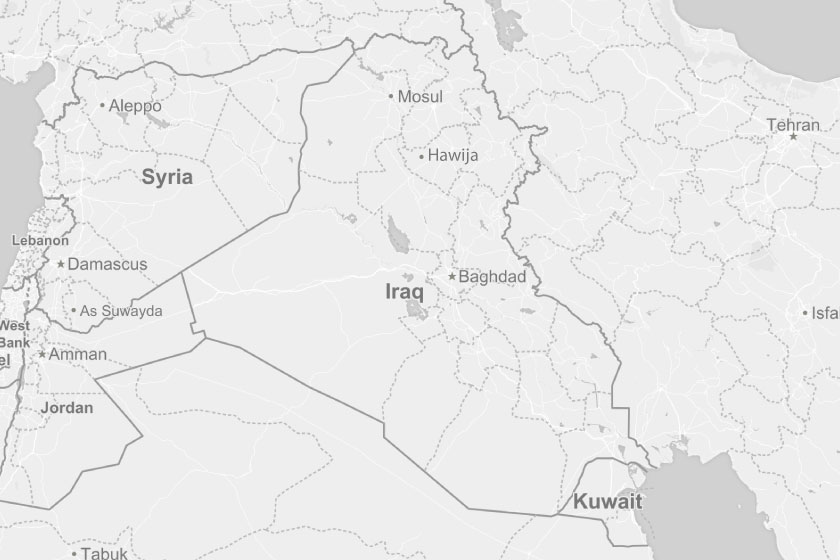 Now families are risking everything to escape ISIS. “We have been walking for 16 hours,” one displaced woman told Al Jazeera. The last few days, the high temperature here has hovered close to 120 degrees. “They are destroying us,” said another refugee.

In many ways, the crisis here in the Mosul corridor mirrors what we saw in Fallujah earlier this summer, where ISIS snipers fired on families as they escaped on foot or by swimming across the Euphrates River. Others were forced to flee through mine fields. “We struggled under a shower of bullets bombs, rockets, machine guns,” one grandmother told us as we delivered inside the active militarized zone around Fallujah.

It mirrors what we saw last week near Tirkit, too—about 90 miles north of Baghdad—where ISIS launched a mortar attack on a displacement camp, forcing families to flee yet again. You responded within hours of this attack, rushing medical aid to the scene.

“They are destroying us.”
– Mosul corridor refugee

The situation in Hawija mirrors the Fallujah crisis in yet another alarming way: refugees who finally reach their destination, only to find nothing. “No mattresses, no blankets, no water, and no ration,” a displaced woman lamented. “We are here left unattended.”

We’re on the ground, delivering thousands of pounds of food for families on the run from ISIS. We’re providing shelter, bathrooms, and a place to rest for those making their way in the searing desert heat.

Up to 3,000 people are fleeing ISIS every day. As the battle moves closer to Mosul—the second largest city in Iraq—that number will increase. As many as one million people could be displaced.

You are helping us respond as the fight against ISIS intensifies. We’re standing with families caught in the conflict—families who’ve risked everything to escape ISIS—and we will continue to do so.