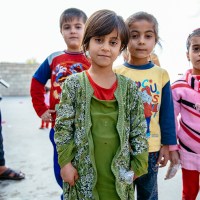 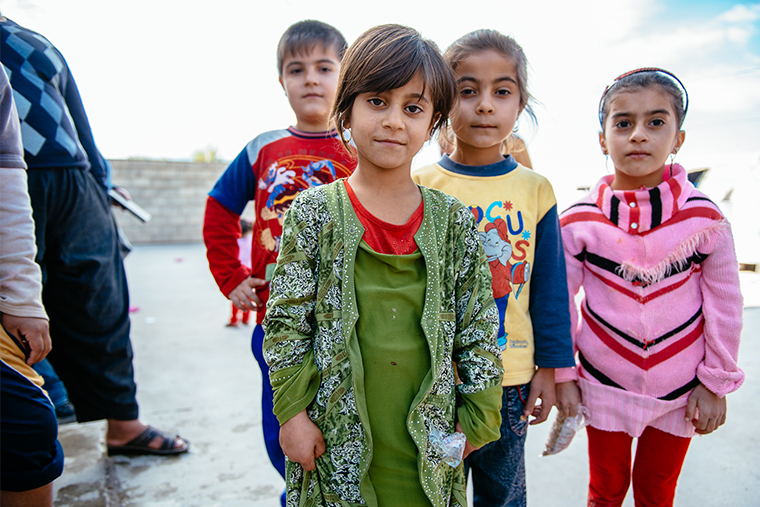 It was 2:30am on a hot August night when Isra’s family were woken by pounding on their front door.

The Peshmerga who had been defending their town against ISIS forces, were losing control and knew they couldn’t defend the town much longer. They quickly went door-to-door, to warn families that they would need to flee immediately.

Isra and her family were in their pyjamas. There was no time to pack a single bag. They simply ran, fear biting at their heels, until they couldn’t run anymore. Then they walked; for a day and a half, Isra traveled on foot on dusty roads. They traveled one more day by vehicle, and after a short rest at a community hall, were brought to a school by the local police.

When Isra and her family went to sleep that night, four days after leaving home, they laid down on a concrete floor in an empty classroom, in the same pyjamas they’d been wearing for days. They were disoriented, hungry, and exhausted. And they held onto the hope that someone would help them survive.

That school has been home to Isra’s family and 22 others. And while each refugee and internally displaced person (IDP) has their own story, the pattern remains the same for nearly 2 million people here: they were forced to leave home with nothing in order to survive. 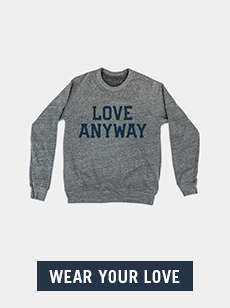 Some refugees and IDPs make their way to UN camps. But those camps can only alleviate a fraction of the need. Many families, like Isra’s, have to make it on their own, without UN support.

Our local partners have been making regular visits to the school. They’ve helped with food when there has been hunger, and with cooking pots when they discovered some families were using empty tin cans. They’ve supplied pressing and practical needs.

But autumn’s cold rains are a frequent reality now. Winter will soon be here, and with it, freezing temperatures. These families, who fled with nothing but the clothes on their backs in the summer heat, have needs that our local partner can’t supply on their own.

Together, we have already delivered supplies that will help Isra and her community survive the winter: heaters and blankets, winter coats and boots, carpet and sleeping mats.

But there are so many more families waiting.

Together we’ll give them the means to stay warm and healthy, and to know they aren’t forgotten. 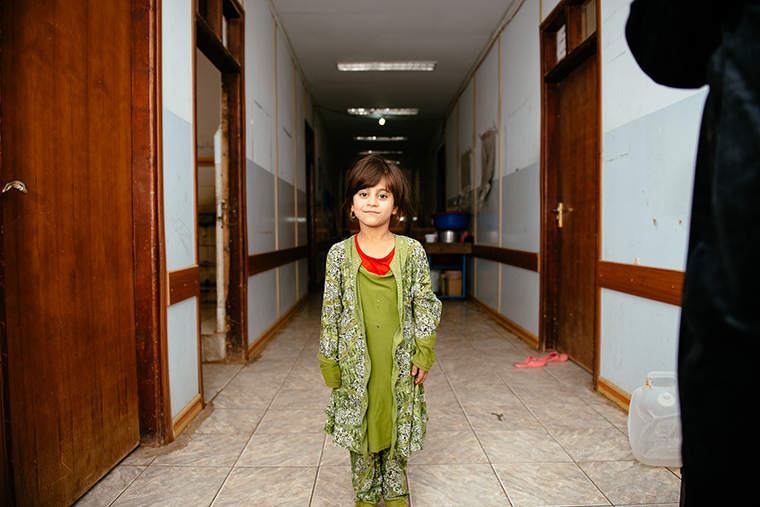