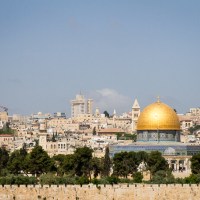 Israel & Palestine: What Will it Take to Stop the Violence?

The conflict between Israel and Palestine is not a clash between two equal sides. It is an exercise of phenomenal power by one side against the other. Here’s why that matters.

Even on the best days, you can feel tension in the air in Palestine and Israel. Quiet in this place is often a thin veneer.

And in recent days, the veneer has shattered altogether.

What’s happening in Israel and Palestine?

Late last week, a convergence of events pushed a region already on edge to the breaking point. Palestinians and Israelis waited anxiously for a Supreme Court ruling on whether Palestinian families could be forcibly removed from their homes in the Sheikh Jarrah neighborhood of East Jerusalem, where they have lived for decades. (The hearing was eventually postponed.)

This came as the city’s Muslim community prepared for Laylat al-Qadr, one of the holiest nights of Islam’s holiest month of Ramadan—and as the majority Jewish community was getting ready for Jerusalem Day, a national holiday marking the reunification of Jerusalem under Israeli control.

Israeli police, anticipating violence over the annual Jerusalem Day flag march, increased their presence around the al-Aqsa Mosque, the third holiest site in Islam. Some local Muslims met the heavy police presence with stones thrown and fires lit in the streets. In the early hours of May 9, Israeli police responded by storming the mosque. They used stun grenades, tear gas, and rubber bullets on worshipers praying inside. (Imagine the outcry if US police stormed an American church while congregants worshipped inside. If we would view that as an assault on religious liberty, why should we view the storming of the al-Aqsa Mosque any differently?)

The upheaval in Jerusalem triggered further violence between Arab and Jewish communities in Israel. One Arab Israeli was shot to death in the city of Lod, while elsewhere an Arab civilian was brutally beaten on live television. At least one Jewish Israeli has been critically injured as well, in the northern Israeli city of Acre.

Fifty miles from Jerusalem in the Gaza Strip—a 25-mile-long stretch of land where roughly two million Palestinians are confined to what is essentially an open-air prison—the extreme militant group Hamas began launching homemade rockets across the border at Israel, killing seven people so far. The Israeli military has retaliated by pounding Gaza with airstrikes, killing 83 Palestinians, including 17 children, as of Thursday morning. Among the sites targeted by Israel: a nine-story residential apartment building leveled on Tuesday.

As of Thursday morning, reports suggest an Israeli ground invasion of Gaza is imminent. The death toll from the last such assault on Gaza in 2014 was in the thousands. The toll this time would likely be no less catastrophic.

When power catches up to fear

When you live in a perpetual state of fear—when you believe you could be annihilated at any moment—you can rationalize violence that would otherwise be unthinkable. Consider the US after 9/11. We talked ourselves into waging a preemptive war against a country that didn’t have a thing to do with the attacks.

Sometimes the fear is real. Sometimes it’s rooted in actual, terrible things that have been done to you, to your community, to your people. The 75% of Israelis who are Jewish do not have to wonder what it’s like to be the target of a genocide. They know. Their ancestors knew, well before the Holocaust. For centuries, Jewish people were one of the most persecuted groups on the planet.  To this day, they are regularly targets of racist attacks by white supremacists in the US and Europe.

Sometimes fear is matched with vulnerability. You’re afraid because the threat is real, and you do not have the power to protect yourself from it. That has long been the experience of many who came to live in what is now the state of Israel.

But what happens when you do develop the means to protect yourself—but you cannot let go of that existential fear? What happens when you amass one of the most powerful militaries on earth, as Israel has? When you surround your territory with one of the strongest defensive systems ever devised—but still you are governed by fear?

That is the situation we find today, where a vastly more powerful entity, Israel, is attacking with disproportionate force a much weaker entity, Palestine, that it nonetheless characterizes as an existential threat.

To be clear: every rocket fired from Gaza into Israel is a deplorable act of violence. In recent days, a few rockets found their targets, killing six Israeli civilians and one soldier to date. Their deaths are something we should all lament and condemn.

It is also true that Israel’s missile defense system successfully downs the vast majority of homemade rockets launched from Gaza. Israel’s military possesses exponentially greater firepower. When they strike, the devastation is almost always bigger. The death toll is almost always higher—as it has been this week. Because this is in no way a fair fight between two evenly matched protagonists.

The violence of militants in Gaza is wrong, period. But we will not let that deter us from holding the vastly more powerful party, Israel, to a higher standard.

What is happening right now is not a clash between two equal sides, as it is sometimes framed in news reports. It is an exercise of phenomenal power by a strong, well-financed military striking out at an impoverished, stateless people—many of whom have lived their whole lives displaced, and some who are being driven from their homes right now.

With that kind of strength comes immense moral responsibility. With it comes the burden of restraint. It does not mean you cannot protect yourself—but the response must not be disproportionate to the actual threat.

With that kind of strength comes the burden of de-escalation. Precisely because you have the biggest guns, you have less to lose by making the first move toward peace.

The moral obligation to stop the spread of violence rests first and foremost on the shoulders of those with the greatest power to cause violence. We cannot bomb our way to peace.

What do we do with our power?

So where does that leave the rest of us? What can those of us who aspire to be peacemakers do with our power?

We can’t turn away. We are all intimately connected to what is happening in Israel and Gaza right now—because for many of us, particularly citizens of the US and EU, the violence we are witnessing is paid for in part by our own tax dollars. We fund this, to the tune of nearly $4 billion a year from the US alone.

As a community of peacemakers, we need to think about the part we play in violence happening half a world away. We need to have hard conversations with each other about how we can support people we love, Palestinians and Jews—without fueling violence.

We need to look closer to home, and ask what we can do in our own countries to make sure that indigenous and marginalized communities everywhere have the space and resources they need to thrive. Because this is not an “over there” problem. It belongs to all of us.

None of us should expect to solve a 73-year conflict overnight. But we can start planting seeds of change, right where we are, that might open up new possibilities for peace—possibilities that could extend around the world:

We stand with the Palestinian people. We support their right to live freely, and without fear—to keep their homes and have agency over their future.

We stand with Jewish people in and outside of Israel. We support their right to live freely, and without fear as well.

But for that to happen, someone has to take the first step. It’s the shot not fired. The retaliation not taken. And in the case of the Israeli-Palestinian conflict, where the fight is anything but fair, it seems clear which side should take the first step toward de-escalation, toward peace: the one with the greatest power.