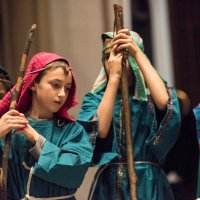 There are hushed whispers, the rustle of programmes and candy cane wrappers. Parents and grandparents angle for a good view to snap a photo of a young loved one dressed in a tea towel headscarf. The manger scene is perfectly sweet. (Though you can’t help wondering how they’re going to get all that straw out of the carpet!)

After tiny versions of Mary and Joseph and a plastic baby Jesus make their appearance onstage, along with an innkeeper and shepherds (there must be shepherds), the whole gathering is invited to sing together:

How still we see thee lie

Above thy deep and dreamless sleep

The silent stars go by…

And even in that stuffy hall decorated for a Christmas concert, we can imagine it so well—Bethlehem at night, bright stars pricking the inky black sky. Bethlehem has been part of our collective imagination for two thousand years.

Our sense of ownership

Many in the West feel a sense of ownership toward Bethlehem, toward the places where the Christian faith began—especially this time of year.

We sing carols and have Christmas pageants to watch little ones in bathrobes play Joseph or, for those with extra fancy bathrobes, perhaps one of the three kings. This is part of our heritage, our lore.

Each year we enter into the manger of our imaginations. We are right there with baby Jesus, ready to give Mary a little break and comfort his newborn cries.

It’s somehow much harder for us to imagine the babies born in Bethlehem today. The very real, very vulnerable tiny humans born in this Palestinian city, to Muslim and Christian families.

Jewish families, they feel a sense of ownership toward this land, too. The majority displaced from their homes by a succession of occupying forces over thousands of years—they never stopped yearning for the land of their ancestors, the hills and desert that rise up from the southeastern edge of the Mediterranean Sea.

The Jewish diaspora faced endless oppression, culminating in Hitler’s Holocaust. After World War II, the world community came together to make a way for Jewish families to finally return to their traditional land, a place we now know as Israel. A large portion of the land was set apart so that Jewish families could return, leaving a portion for the Christian and Muslim families who had lived there in the intervening years.

Jewish families came–and continue to come–from all over the world to establish a place to call home, a place safe from persecution, a place where they can control the political landscape and thrive without fear.

Now, those who continued to live on the land—Muslims and Christians who lived in the land of their forefathers from before the time of the Jewish displacement until the creation of the state of Israel—they experienced their world turned upside down. The majority were displaced to camps inside their country or forced to become refugees outside the country, unable to return to this day.

They feel an ownership over this place, too. In the process of making space for Jewish settlers to form a nation of their own, many Palestinian families were exiled from their homes. When a massive influx of people settle in a land already filled with a vibrant population, it’s hardly surprising—though no less tragic—when conflict follows.

In the modern nation-state of Israel, despite proximity, none of us—neither Jews, Muslims, nor Christians—know the sleepy Bethlehem of our imaginations.

Occupation and the divided city of Jerusalem

Just a little north of Bethlehem is the city of Jerusalem. The battles and politics of past and present Israel are embodied in this city. 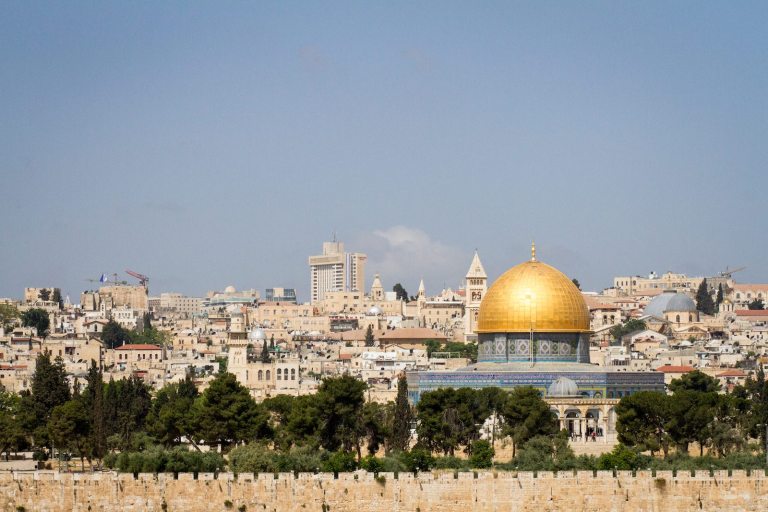 One of the most famous landmarks in Jerusalem is the Temple Mount. This is the place believed to be where God asked Abraham to sacrifice his son. Jewish, Christian, and Muslim tradition all link back to this man and this event.

For Jewish and Christian families, this is also the land of the tribe of Benjamin, the land of King David, the place of Solomon’s Temple. For Muslim families, it is the third holiest site on earth, the place where the Prophet Mohammed ascended to heaven. The mosque built to mark the site of his ascent still stands, its gold dome gleaming, one of the oldest Islamic structures in the world. 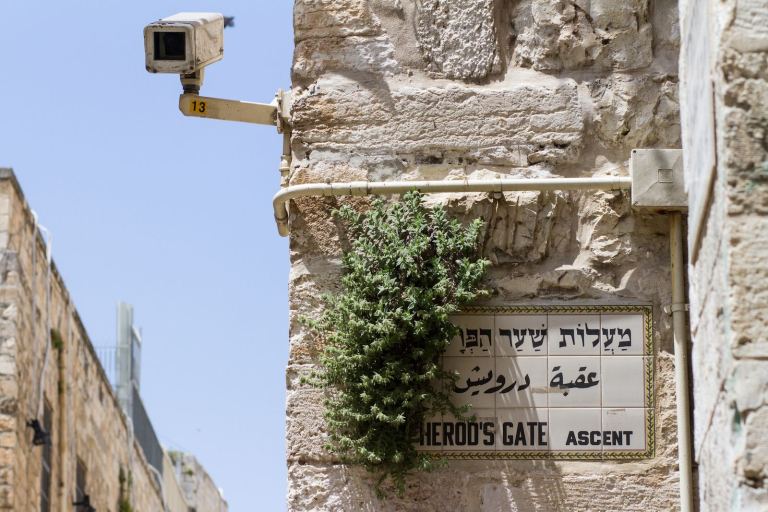 Pilgrims from all over the world have traveled to this place for centuries. Divided into quarters—Muslim, Jewish, Christian and Armenian—the city is constantly awash in the hopes, dreams, and imaginations of the devoted.

Jewish families relocated from all of the world to Israel in the following two decades. Minority Jewish communities in places like Iraq, where local politics often made them a target, moved out en masse for Israel.

While the Jewish population set about creating a nation, they couldn’t shake the fear that comes with thousands of years of persecution. They pressed farther and farther at the edges of their territory, determined to create a large enough buffer to guarantee their safety.

In 1967, Israel launched the Six Days War, and in less than a week entirely changed the power dynamics, both internally and between Israel and neighbouring countries. One of the actions of this war was the Israeli annexation of the eastern part of Jerusalem.

Culturally, Jerusalem is still a multi-religious, multi-ethnic city. But functionally it is firmly in the hands of Israel.

While Israel pursues its goal of creating a safe state for its families, there are consequences. Palestinian families are suffering. They enjoy very few rights. Palestinian families are not content with their suffering and not content with living in conditions that, in some ways, resemble Indian reservations, to put it into North American terms. Tragically, this pain and frustration sometimes erupts into violence.

Palestinian families have not relinquished their claim to the eastern part of Jerusalem. The vast majority of the international community, through the UN, recognizes the rights of the Palestinian people in Jerusalem. 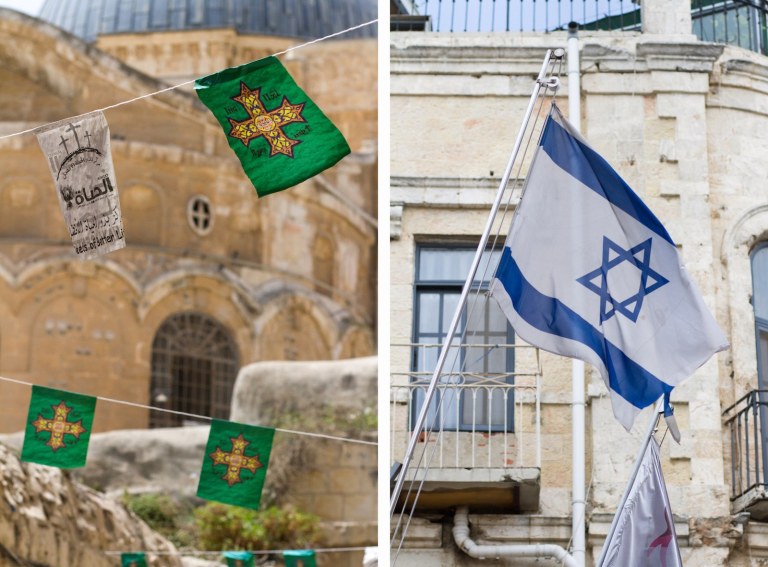 Recently, President Donald Trump recognized Jerusalem as the capital of Israel, and announced that the US would move its embassy there.

Why is it a big deal? President Trump is by no means the first president to declare Jerusalem the capital of Israel. Presidents Clinton, Bush, and Obama all made similar declarations while campaigning for office.

But the promise to move the US embassy goes against the wish of the international community, which collectively decided not to base embassies in Jerusalem until Israel’s internal conflict is resolved. In aligning so clearly with one side in the conflict, the United States has diminished its ability to play a good-faith role in future peace negotiations.

The message it sends to the world that our sense of ownership, our Little Town of Bethlehem, our imagination of this place is more important than that of its residents. The announcement affirmed the actions of those Israelis working for a particular kind of Jewish homeland, regardless of the impact on Palestinians. It affirms to the Palestinian people, pushed out of their homes, that they have no claim to a place they’ve called home for centuries. And all of this was done with no skin in the game—the embassy move was announced, but at the same time its construction was put on hold. America declared its intentions without risking any of its resources, and none of its bodies. 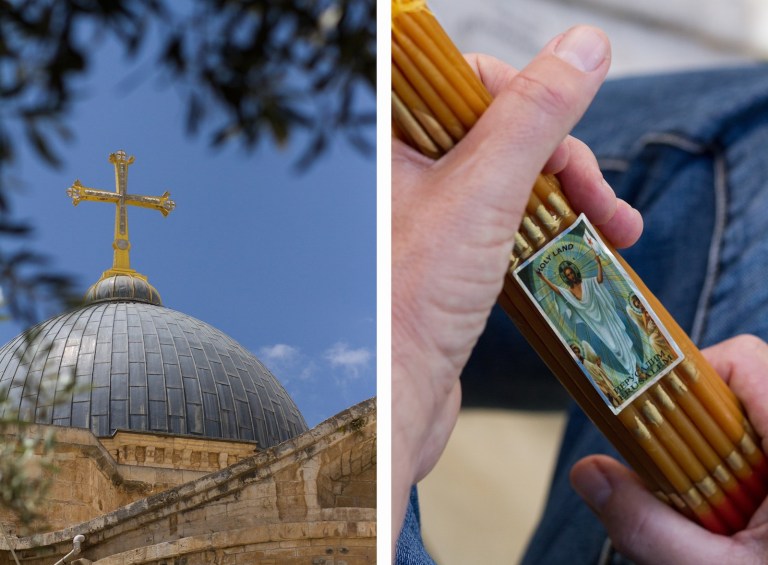 This is why it was so important to us to support the Jewish and Muslim women making Peace Dolls together—people who have come to love and trust each other, making decisions that make room for both. It will be local residents invested in that place, who live on that land, who will create solutions for themselves and their neighbours.

If we content ourselves with the Israel, Jerusalem, or Bethlehem of our imaginations, we all lose. We lose out on knowing the people who live there today, the real people raising families and trying to make a future. We settle for a caricature—bathrobe shepherds in a story we know by heart, rather than entering into the lives of actual Palestinian shepherds and Jewish families looking for safety, whose lives and stories are entirely uncertain.

But if we can look beyond our imagination, beyond the “us or them” nature of this conflict and so many like it, then perhaps we’ll find something more beautiful, more hopeful: the hard, quiet work of everyday people, dedicated to the kind of peace that unmakes violence.