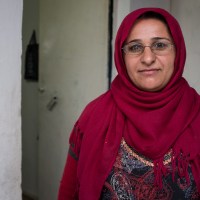 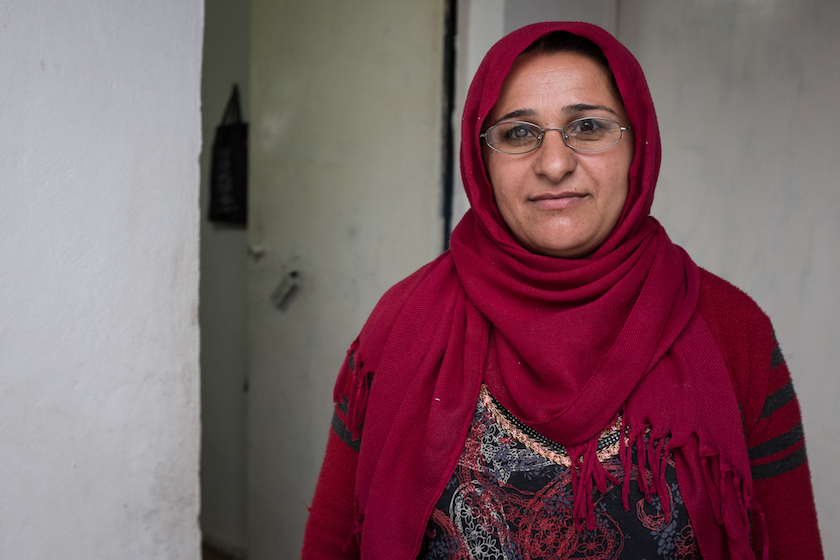 “What do you dream about for your future, Khadija?”

“To live in peace with my children.”

Peace, safety, security—things so many of us take for granted, are lofty goals for Khadija, a mom who fled Syria to save her family.

She had a nice, secure life once. Khadija’s husband always had steady work as a laborer. She looked after their home and children. They had family nearby, and her husband’s income provided everything they needed.

When the tension in Syria began ratcheting up, Khadija and her husband sent their oldest son–in his late teens at the time–to Iraq in an effort to protect him. They were terrified that he would be killed in Syria’s civil war, caught in the crossfire between government forces, rebel groups, and ISIS.

Khadija had every reason to worry. War arrived at their front door in the form of ISIS fighters and fire. When ISIS came to their village, the militants burned every house to the ground, including Khadija’s. Everything her family had worked for, everything they had saved for a rainy day, everything they had poured their dreams into was gone.

Their son insisted his family join him in Iraq. He had managed to find some work as a day laborer. At least they could all be together.

“When Syria is safe again, we will go back. Syria is our home. Even though our house is destroyed, we can rebuild…because we are all safe.”

Khadija and her family have been in Iraq for two years now. They worked hard and saved every cent her husband earned to replace their first home (a tent) with a little, concrete block house in the refugee camp–a solid, temporary home-base.

They are physically safe, but emotionally, their situation is as perilous as ever.

“Thinking is killing me.” Khadija misses her family back in Syria, and without their company, she has too much time alone with her thoughts. She worries about them constantly. She also worries about how she and her husband will feed their children, as his work as a day laborer is unreliable.

She wants to protect her kids from the gnawing fear she feels, so she lives her life behind a mask—pretending for her children’s sake that all is well.

You showed up in Khadija’s life in the most practical way imaginable—in the form of a sewing machine. 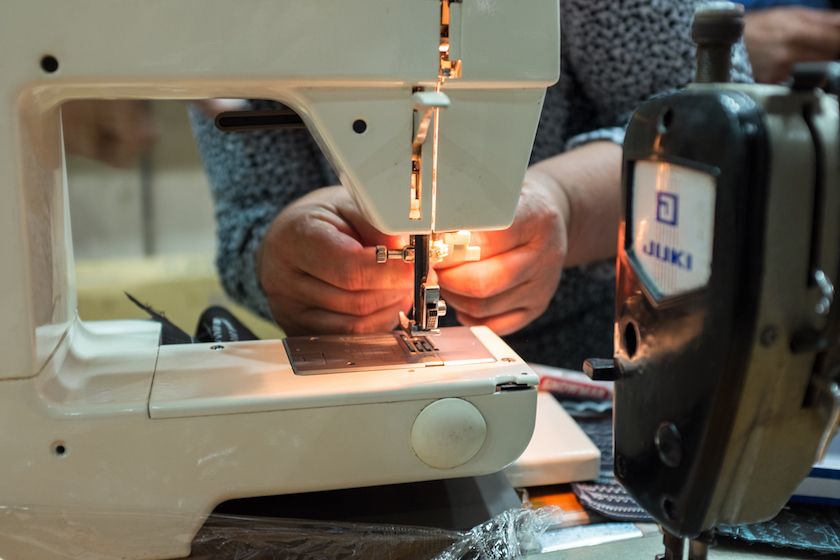 You gave Khadija a tangible way to earn money for her family, but just as importantly, you provided a way to ease her mind.

When Khadija sits down at her sewing machine, she can focus on the speed of the needle, and the straightness of each seam. She can shut off her worries for a while, and focus on the pure act of creating items to help her family.

Your investment provided Khadija with a business, but you also provided her with peace—a part of her dream that she can make real,  one garment at a time.

Shop now to support our empowerment programs and provide more women like Khadija with the means to create peace and stability for themselves and their families despite displacement.