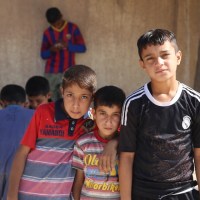 Mosul wasn’t a perfect city when ISIS seized control more than two years ago. Like many urban centers, Mosul had issues—a crumbling infrastructure, racial and religious divisions, a municipal government that was seen to be corrupt, and a federal government seen as unfair, and unresponsive to its people. But this “Pearl of the North” was certainly a vibrant city, and a beloved home to millions.

Today, at the outset of a war to recapture Mosul from ISIS, the city is a mere shadow of its former self.

Mosul has been largely cut off from the world since ISIS took over. Few people have any idea what life has been like for the people of Mosul these last two years. Here’s a glimpse…

When ISIS Came to Town: The Short-Lived “Good” Days

For years the national government in Baghdad had neglected Mosul, as it had so much of Iraq. Services were inadequate. The economy was dormant. And for years—since the U.S.-led occupation began—men in the city, particularly Sunni Muslims, had been abused by security forces. They were routinely accused of being insurgents for no reason. Her brother and her cousins were jailed and beaten. Some men never returned.

At first ISIS took civic responsibilities seriously. They quickly began to improve city infrastructure in order to win over residents. After all, what city dweller doesn’t appreciate paved roads over potholes?

But the “good days” under ISIS were short lived.

Almost immediately, minority groups were forced to flee the city to stay alive. Shia Muslims, Yazidis, Turkmen, and Shabak were under immediate threat of death. Christians were initially given a choice between conversion, paying a tax, leaving, or being killed. But soon their options were reduced to two: leaving or death.

Soon after the full brutality of ISIS ideology became known throughout the city. Violence grew widespread. Public beheadings and amputations became common for the accusation of even small crimes. Satellite dishes, internet and phone service were banned to eliminate outside influences, and to allow ISIS to be the sole curator of information. Only a small number of residents have managed some cell service, and at great risk.

Men and women were compelled to obey strict morality codes. Men had to grow their beards long and wear their pants short, as in the days of the Prophet Mohammad. Women could only leave the house if dressed from head to toe in loose, black coverings, and only if accompanied by a male relative. Enforcers were positioned around the city to administer strict punishments for any code violations.

Another wrinkle came when the price of oil plunged in early 2015. ISIS was reliant on high oil revenues from stolen fields to finance their operations. But as  oil prices dropped, it became more and more difficult for the militants to extract revenue from their territory, and their ability to manage the city withered.

Health services disappeared as doctors were killed for refusing to treat ISIS militants. The blood bank was drained of reserves, so anyone needing care and fortunate enough to find a doctor had to bring their own blood donor.

For some time after ISIS rule, the central government in Baghdad continued to send salaries to civil servants living in Mosul. But after much criticism that government funds were ending up in ISIS’s hands, salaries were stopped. There is no work inside the city, and no money. ISIS imposed as series of steep taxes and fines as a means to raise revenue, but most residents have no way to pay.

For many families in Mosul, life is one of poverty and hyper-vigilance. Food is scarce, as is medication, water, and electricity. 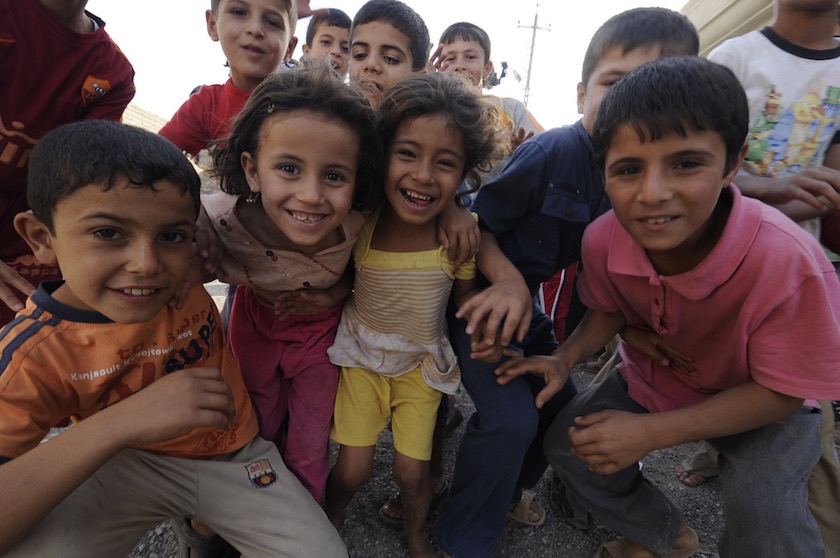 ISIS militants started to move into residential areas to try to reduce the number of coalition airstrikes. Neighborhoods are now a warren of concrete walls, blast barriers, and sand berms—both to slow forces wanting to retake the city and to discourage any residents thinking of fleeing.

“The kids have been going crazy because the US jets bomb ISIS positions close to residential areas. The noise is horrible, windows get broken, the whole house shakes, and people are hysterical,” Abu Ammar, 47, told the Guardian recently, after he fled the city with his family.

As the Mosul Offensive drew near, ISIS began to force young men to fight alongside them. Children were taken and trained to act as spies within their own neighborhoods, reporting on the daily activity of those closest to them. In response, families tried to hide their children inside their homes so wouldn’t be taken to fight. 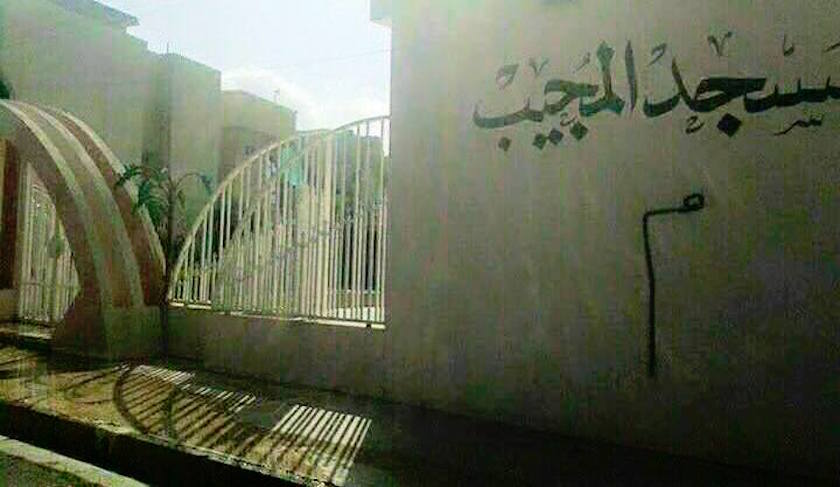 Anything that resembles resistance, or even something less than full devotion to the cause, is being crushed by ISIS. The number of deaths meted out in public has risen in recent weeks. Even so, resistance remains a constant presence in the city. There was recently a coup within ISIS itself put down, as some of their own forces tried to turn the city over to government forces.

What Is Life Like for Families in Mosul Now?

Residents are essentially prisoners in their homes. Leaflets dropped on the city by Iraqi government forces asked families to “stay away from certain parts of the city, avoid ISIS positions, remain in your homes and seal your windows and doors.” They’ve been advised to keep wet cloths on hand to treat potential burns. “Don’t scream too much. Try to keep the children calm.”

Residents were asked to put white flags on their homes, or to tape messages on their windows—which, of course, would make them immediate targets for ISIS.

“Don’t scream too much. Try to keep the children calm.”
– Instructions on leaflets dropped on Mosul

Oil-filled trenches and piles of tires have been lit on fire, creating thick blankets of grey smoke across the city—in an attempt to hinder coalition bombing raids.

Above all, families are terrified. They are afraid of the war itself—of being killed by bombs, of suffering a slow death from chemical weapons, and of the starvation that would come quickly in a siege.

But they’re also afraid of what will happen after the war—of being labeled and punished as ISIS sympathizers. ISIS itself will cause as much destruction as they are able before they’re finally pushed out. And the vast number of armies and militias participating in the liberation of Mosul, each with their own agenda, are seeking to establish swift justice and order. And if recent battles in Fallujah and Tikrit are any indication, the liberation of Mosul also brings the risk of revenge killings, destruction of property, and other acts of sectarian reprisal.

Many families in Mosul have been waiting and praying for this day to come—they long for liberation! Other families are terrified to face what is to come. One thing is clear: the future of Mosul (and much of Iraq) hinges on how all families freed from Mosul are received.

Stand with the families of Mosul. Every $65 you give can provide a month’s supply of food for a family on the run from ISIS.