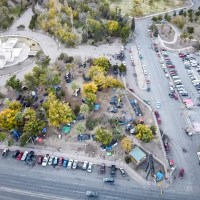 You clear the pine oak and fir trees so you can plant the avocados trees, painstakingly hand grafted from Hass trees and native varieties with strong roots. Once a month, you grab a long pole to select each piece of fruit individually, making sure it never touches the ground. At times, it is back-breaking work, but the yields are bountiful, and you have enough money to take care of your family.

You start to prosper from your crop of “green gold,” which is noticed. Men with big weapons, the kind the US military uses, watch you farm your fields, watch your son play soccer, watch your daughter, almost as tall as her mother, help your wife hang laundry. They watch; you wait, knowing it’s only a matter of time.

First it’s ten, then twenty, then fifty thousand pesos. When you say no, they take your son. It costs you seventy-five to get him back. Now, you’re in debt, which grows each day. A rival group eyes your land, its fertile fields, its proximity to drug trafficking routes, your daughter.

You go to the police. The next week, one of your fields is burned. Your neighbor’s too. A group of farmers bands together; this is DYI self-defense because everyone has lost confidence in the local police, many of whom are corrupt. The self-defense forces fight the criminal gangs, and soon every village house is riddled with bullet holes.

You get the call. They’re coming for you. It’s run, baby, run! You leave with what you can carry. In the panic and terror, you forget to pack the children’s identification papers.

You meet other families. Sometimes, you travel in packs. You hear stories of asylum, so you head for the northern border. There are some tents but very few shelters. For your first couple of nights, you, your wife, and kids sleep on the street, huddled together under a blanket for warmth. COVID-19 is all around you.

The local media call you desplazados, the other migrants. You swim in an alphabet soup of international humanitarian aid logos, but since you haven’t crossed a border, your suffering drowns. International humanitarian aid organizations operate in murky waters because the United Nations High Commissioner for Refugees (UNHCR) holds host governments responsible for helping their internally displaced citizens. You laugh when you hear this because the boundary between state and crime is fuzzy.

You close your eyes. On the underside of your eyelids, you see a five-digit number. It’s your spot in the immigration line as you wait your turn to present yourself at the border. If you are accepted, you will be taken into the US for a preliminary hearing to prove you need asylum. If you are believed, you will be sent back to Mexico to wait for your next hearing. If your hearing goes in your favor, you will wait for months in US detention until you are eligible for parole. You are paroled if you find a sponsor to pay your bond.

Your life balances on the precipice of “if.” 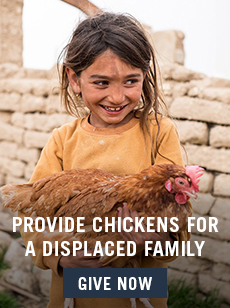 You will need to help yourself. You look for work, but you’re a farmer in an urban landscape. You want to get an apartment, but the city is crowded, unsafe, and expensive. There is nowhere to set down roots and grow. Your kids should be back in school, but without their documents, they can’t enroll. Your daughter thinks why bother? They have already missed so many months, they are forever behind. In the single room you share at the shelter, your son cries in his sleep, the trauma of having been taken. Your eyes leak too; grateful to have gotten him back and scared there’ll be a next time.

As of December 31, 2020, the total number of internally displaced people (IDP) in Mexico was 456,000. Ninety-nine thousand were displaced by disasters, and 357,000 were displaced by conflict and violence. Because gangs are non-state actors, groups which are not directed by or funded through the national government, they are not recognized by the international humanitarian aid community, which functions on the authority of nation states. As a result, Mexican IDPs have far less access to humanitarian relief than refugees who cross borders.

Meanwhile, violence intensifies as armed groups splinter and fight one another, vigilante groups, and corrupt officials with military-grade weapons smuggled in from the US. As of 2019, there were one hundred and ninety-eight active crime groups in Mexico fighting over the drug trade and legal businesses such as avocado farming and mining.

Almost half of displaced Mexicans are minors, with one-third of the vulnerable under the age of ten. Seventy percent list insecurity and violence as the primary reason for leaving their homes. They end up at the US-Mexico border, waiting to request asylum through a six-step process that takes months upon months. Sixty percent of families wait in tents, twenty-six percent sleep outdoors, and seven percent sleep in shelters while COVID-19 infection and death rates soar, and most families lack access to basic health care.

As a community of peacemakers, we are helping our friends displaced by violence with food bags, hygiene kits, and baby products brought to local shelters. We’ve bought and installed a water filter system, so our friends do not have to leave the safety of the shelter to have clean drinking water. We’re providing tech training with our mobile school bus and job coaching, so our displaced friends can start livelihoods and not put additional strain on their host communities. But the crisis is unfolding as more and more people are forced to flee their communities and livelihoods. Although the government response is slow, we are ready to help. And you can join us.