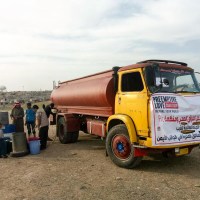 This week, you met another urgent need in west Mosul—providing clean water to thousands of desperate families trapped in the ongoing battle to take back the city from ISIS.

Our response in Mosul is growing and shifting as the battle progresses. We continue to deliver food packs and hygiene kits in newly liberated neighborhoods. We’re supporting medical clinics on both the eastern and western sides of the city. But water is another critical need in west Mosul right now.

Many of the water mains have been destroyed in the conflict, leaving nearly half the population of west Mosul without access to water for drinking, cooking, and washing. Out of desperation, some families have resorted to using water from self-dug wells. The water from these wells is often contaminated and unsafe—even after boiling—leading to widespread illness, especially among children. 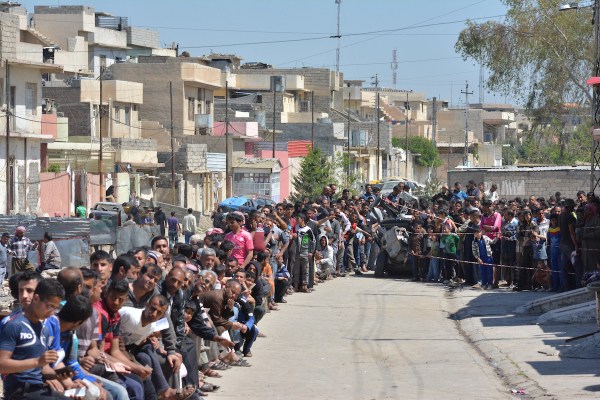 We can’t afford to wait until the entire city is cleared of ISIS before we respond. Families need us to show up now.

That’s why this week, we started trucking water into west Mosul neighborhoods. In the last few days, you’ve helped provide 70,000 liters of clean water for up to 10,000 people. 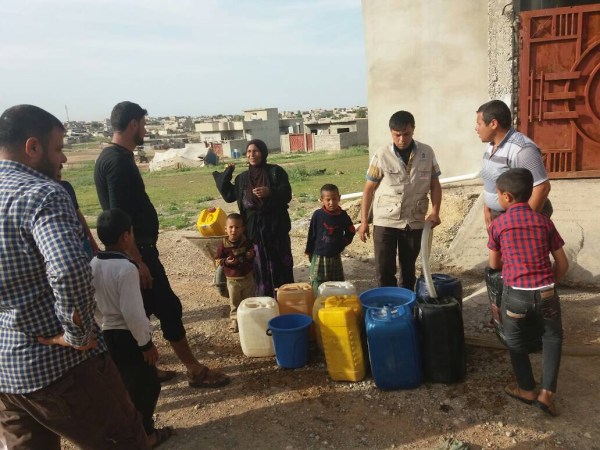 And we aren’t done with this delivery. More water went out today and plans are in place to continue delivering water to these areas for the next couple of months. After that, we hope to start repairing the water system itself, so we can restore citywide access to clean water like we’ve been doing in east Mosul.

West Mosul is too volatile to rebuild infrastructure; ISIS still controls much of the city on this side of the Tigris River. So for right now, we will continue to meet urgent needs here, so families can hold on and hold out—so they won’t have to flee their homes in order to survive. If families are able to stay in their homes without being displaced or getting sick from contaminated water, then their road to recovery will be shorter once the battle is done.

Thanks to you, and especially to our monthly sponsors, we’ll be here to walk that road with them too. We’ll stay and help communities like Mosul rebuild after ISIS.

Thank you for showing up and meeting emergency needs in west Mosul, while keeping long-term solutions in view.

Be the first in and the last to leave in west Mosul. Become a monthly sponsor.

Ben Irwin contributed to this story.