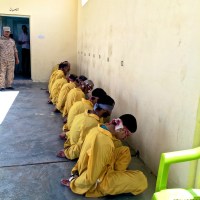 Sadiq crouched low, holding a bottle of cold water to the man’s lips. We were astonished by what he said, there in a crowded detainee compound in the middle of the desert outside Fallujah, where hundreds of suspected ISIS militants are held.

On this mission, we set out to feed our enemies and clothe captives with dignity.

This two-word provocation—how far does it go? It’s taken us to Libya, to save the lives of dying children. It’s prompted you to feed starving families in the Fallujah desert. It’s helped Iraqi widows rebuild lives torn apart by American bombs.

It’s also led to fatwas and death threats against us. We’ve seen friends murdered, martyred, and kidnapped. We’ve wept beside mass graves and watched ISIS chemical rockets slam into communities. Members of our team have been bombed and held at gunpoint—because love means going to the hard places.

But what does it look like to “love anyway” when you’re standing face to face with your enemy?

Every time Iraqi forces wrested another piece of Fallujah from ISIS, more innocent people poured out of the city. As they did, fathers were separated from their families and sent to detainment camps for interrogation.

The surface-level explanation is sensible enough: Iraqi forces need to know who was part of ISIS and who wasn’t.

It’s not hard to appreciate their dilemma. If you walked the streets of Fallujah after it was liberated, you would have seen clumps of facial hair lying on the ground, where ISIS fighters hastily shaved their beards so they could blend in with the fleeing crowds.

But go beyond the surface-level reasoning, and it gets more complicated. What does it actually mean to be part of ISIS?

If a man joined at gunpoint or because ISIS threatened his family, is he guilty? What if he never fired a bullet or lifted a knife? What if he only fought because his family was starving and there was no other way to put food on the table? What about the 7-year-old boy who was brainwashed into fighting or the teenager whose father volunteered him for a suicide mission? Are they guilty?

What about those convicted of fighting for ISIS, like the prisoner sitting with his back against the wall, facing Sadiq? What then? Is this man no longer worthy of love? Do we no longer say, “Love anyway“?

For most of us, ISIS is a faceless horde, spreading across the Middle East and beyond.

For our friend Sadiq, ISIS is a bound, blindfolded prisoner with water dribbling down the front of his yellow jumpsuit. Sadiq recognized the man sitting in front of him. He had seen him before, in an ISIS propaganda video.

In that video, this man stood in a line of tribal sheikhs who were loyal to ISIS and read a speech calling for an attack on the army. Days later, in response to the sheikhs’ video, ISIS members did launch an attack and fifteen military officers were killed.

All of those officers were from Sadiq’s hometown. And one of those men, a dear friend, had replaced Sadiq on the battlefield just the night before.

As the crisis in Fallujah unfolded—as we brought food and water to thousands of displaced families—we knew that preemptive love meant going to the detainment compounds, too.

There are a few things you should know about these compounds. Conditions are miserable, the facilities overcrowded. In one compound we visited, a space meant to hold 40 contained over 600 men.

Disease is rife in the detainment centers. Most detainees had scabies or some other skin condition. Some were suffering seizures.

There is not enough food or water. Almost all the men were still wearing the clothes they were arrested in. Basic hygiene—a toothbrush and maybe some toothpaste—is an unthinkable luxury.

Many of these detainees have been held in a state of limbo—they haven’t been definitively connected to ISIS, but they haven’t been cleared of suspicion, either. A handful, like the man in the yellow jumpsuit, are confirmed ISIS murderers. Their guilt is not in doubt.

When we proposed this distribution to Iraqi leaders, some were astonished. “How did you even think to do this?” one asked. “We haven’t heard this idea from anyone else.”

“They’re getting what they had coming to them.”

But we believe only light can drive out darkness. Love is the only real answer to hate. So we went anyway—and gave food, water, and clothing to hundreds of high-risk detainees in the compounds outside Fallujah.

After some of the detainees received their aid packets, a member of our team—an Iraqi—stood up and said:

Brothers, we are all Iraqi! Why did you give up on Iraq? We live in one country—we shouldn’t give up on this place. We are brothers. We can’t change what happened in the past, but we can change what will happen—and rebuild as brothers again.

Many of the detainees were visibly shaken, some openly weeping. Many asked about their families. One said, “I have a wife and three kids, and I don’t know where they are… I need to call them.”

One of the officers in charge of the compound walked out of our delivery in protest. “If I had my way, none of you would get anything!” he shouted.

And then there was Sadiq. 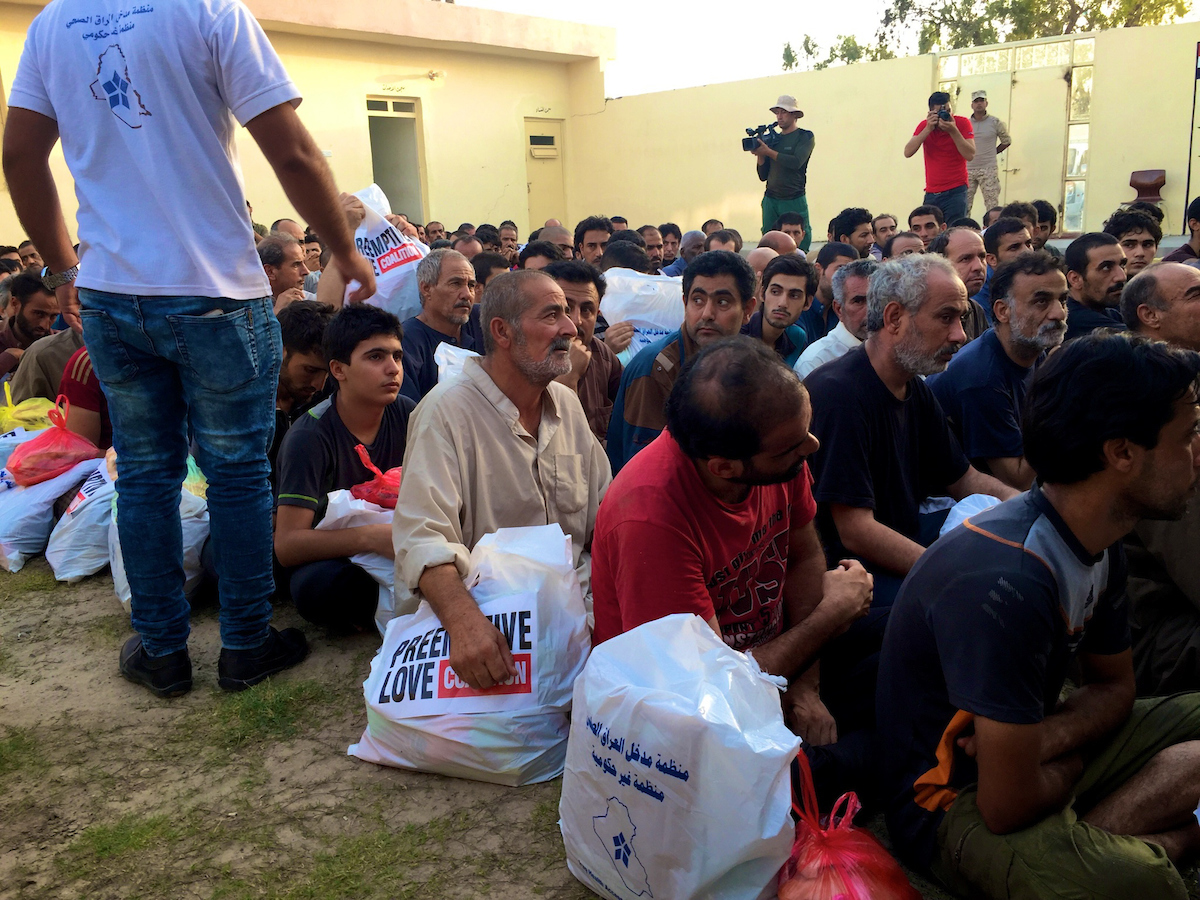 ISIS beheads and burns its enemies. That’s why we must feed and clothe ours.

ISIS distorts faith to justify killing. That’s why we must seek the best of faith to preserve life and overcome corrupted religion.

ISIS treats its enemies as monsters or animals—which is precisely why we must not, why we must say no to torture and starvation. No to enhanced interrogation. No to collective punishment and the presumption of guilt.

Arrest, investigate, try, convict, and, if guilty, imprison—yes. But never sink to your enemy’s level. Always treat them with respect. We are only as good as how we treat our worst enemy.

It’s a path we’re still learning to walk. But whenever we’re tempted to choose an easier way—to choose fear over love—we think of our friend Sadiq.

None of this is hypothetical for him. Nor is it just about what happened to his murdered friend. Because there’s one more part of this story we haven’t told you yet…

Sadiq is the man who led our delivery team the night an ISIS convoy stormed across the desert outside Fallujah. He was nearly captured by ISIS that night. He and his colleagues hid themselves in the dirt when 80 enemy vehicles stopped close enough to be heard calling other ISIS members on their cell phones.

Sadiq knows what it feels like to stare death in the face, to know your next breath could be your last, to contemplate dying at the hands of ISIS. He knows what it’s like to be hiding in fear, praying for a miracle that the enemy will move on before they spot you.

Even after his terrifying brush with ISIS, Sadiq said, “This incident won’t change my principles. It’s what I do. It’s what I will keep doing. Our moral obligation is to keep serving.”

Despite everything he’s been through, Sadiq went into the desert to feed his friend’s murderer. And he isn’t stopping.

He loves anyway. And so will we.