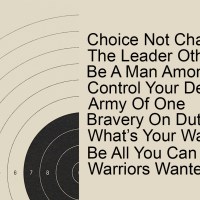 The Uvalde mass shooting, just days after the Buffalo mass shooting and quickly followed by the Tulsa mass shooting, was a wake-up call to the amount of gun violence faced daily in the United States. We all want to believe we can keep our families and communities safe. We want to know that we can rely on ourselves in times of danger. So how did our schools, hospitals, and local grocery stores become battlefields? Why is there so much gun violence?

Military culture is seen as masculine, emphasizing toughness and self-reliance. Two of the most popular military guns are the Glock semi-automatic pistol and the Colt  M-16 lightweight rifle. The Glock semi-automatic pistol is used by national armed forces, security agencies, and police in 48 countries. The Colt M-16, originally known as Armalite Corporation’s AR-15, became the military’s standard service rifle in 1969. When Colt realized that the military market was saturated, it adapted the M-16 for civilian use, calling the rifle by its original name, the AR-15, to drive sales.

Gun executives noticed the popularity of military weapons and redirected advertising away from hunting to promote military-style weapons in the wake of 9/11. Based on the military pedigree of the AR-15, advertising focused on a gun or rifle’s “tactical coolness factor” to appeal to first-time young, white, male gun buyers, using militaristic language and images. For example, Remington, the manufacturer of the Bushmaster AR-15 rifle used in the Sandy Hook mass shooting, used taglines steeped in military culture and ideals such as “Bravery on Duty,” “Versatility on the Range or During Patrol,” “React with Proven Confidence,” “The Leaders Others Follow” and “Control Your Destiny” to woo men with gear that made them feel powerful, like the images we carry of soldiers or the police. By 2019, hunting-related ads in Guns magazine had fallen to 10% whereas from the 1960s to the late 1990s, they were the majority of gun advertising.

The FBI defines an active shooter as an “individual actively engaged in killing or attempting to kill people in a confined or populated area.” In 2021, active shooter incidents increased by more than 50%, and of the 61 active shooting incidents, 60 were carried out by males, ranging in age from 12 to 67. Between 2011 and 2022, AR-15 style rifles were used in the following mass shootings in the US:
•Boulder
•Parkland
•Las Vegas
•Aurora
•Newtown
•Nashville
•San Bernardino
•Midland/Odessa
•Poway
•Sutherland Springs
•Pittsburgh
•Washington DC
•Buffalo
•Uvalde
•Tulsa

The US has 4.4% of the world’s population but its people own 42% of the world’s guns. Research carried out by Dr. Adam Lankford at the University of Alabama found that a country’s rate of gun ownership corresponds to its number of mass shootings. The higher the rate of gun ownership, the more mass shootings. Conversely, gun control legislation reduced gun murders in a recent analysis of 130 studies across 10 countries.

Dr. Lankford controlled for homicide rates in his study, which suggests people’s access to guns drives mass shootings rather than one nationality being more violent than others. He also found that mental health did not correlate to mass shootings nor did crime.

Crimes committed in the US are more lethal because perpetrators usually have guns. For example, London and New York have roughly the same number of robberies and burglaries every year, yet those who commit robberies and burglaries kill 54 victims in New York City for every one victim in London. Dr. Lankford’s research showed that more gun ownership leads to more gun murders among developed countries, US states, US cities, and US towns when controlling for crime rates.

Weapons as US Economic Driver

The firearm and ammunition industry significantly impacts the US economy. Since the 2008 recession, it has created 375,000 new jobs and generated $70.52 billion in economic activity.

Over 1,900 military firearms were lost or stolen in the US during the 2010s. Pistols, machine guns, and automatic assault rifles were taken from armories, supply warehouses, warships, and firing ranges. Some of these firearms have been used in violent crimes.

The majority of gun owners buy weapons because they want to keep their communities and families safe. Gun manufacturers want to maximize their profits by using advertising steeped and grounded in military culture to sell guns. Segments of the US population want unregulated gun ownership despite people dying in mass shootings. Just as the military’s rules of engagement allow for civilian casualties in drone strikes, the gun manufacturers seem to have accepted the deaths of innocent people as a tradeoff for selling as many weapons as possible.

As the world around us becomes more chaotic, we long for control and a feeling of safety. Self-reliance is a cornerstone of the American cultural character, and responsible gun ownership allows us to defend ourselves. But we also need relationships, especially with those who hold opinions different from our own. Listening and allowing ourselves to be moved by what we hear is the only way to end gun violence.

Could you guess which of the slogans in the graphic above are US Army recruitment slogans and which are gun manufacturer advertising tag lines?