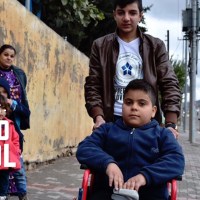 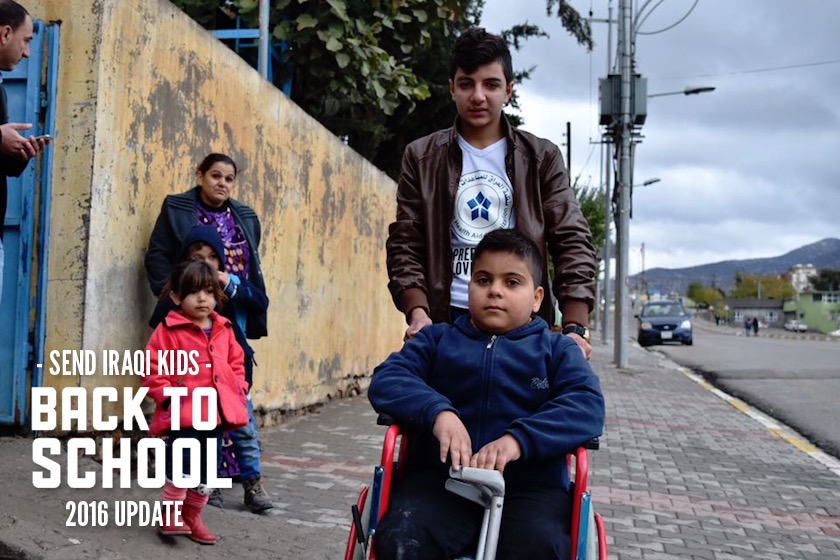 Last summer we introduced you to some of the children displaced by the war with ISIS—thousands who were no longer able to go to school. You showed up! This school year, you helped to put more than 20,000 children back into the classroom full-time. Amid all the updates, I couldn’t help noticing one particular boy’s face. This is his incredible story.

Mouamin was at school the day you provided uniforms and shoes—clothes that would keep him warm, boost his confidence, and set him up to succeed.

He was at school the day you provided hygiene kits for students and their families.

There he was again, the day you provided a heater for his family.

Mouamin is at school almost every day—which, given his story, is a remarkable feat.

He might just be the most determined sixth grader you’ll ever meet. 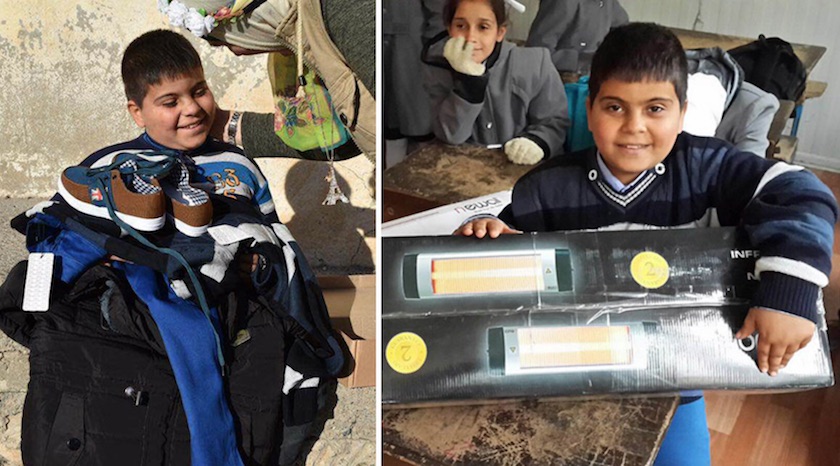 Mouamin’s legs didn’t form correctly before he was born, and he didn’t get the medical intervention he needed as a small child. Today, he cannot walk without grit, lots of effort, and help.

Ever since his family fled Mosul—they were among the lucky ones who were able to leave before ISIS militants locked down the city—he’s had to figure out new ways to get around. His condition became worse after leaving home. All the supports he developed over his young life are gone now.

Since the day his school opened—something you made possible—Mouamin has insisted on being there. He would use his crutches to make the slow, arduous trip from home to school. Sometimes others helped him, carrying him to class. After school, he often fell in the street, exhausted from the long day. Kind people would stop, pick him up, and take him home.

He doesn’t care what is easy. He just wants to learn.

During a home visit, one of the teachers, Ms. Tagreed, quickly saw how much better Mouamin’s life would be if he had a wheelchair. And in short order, you came through, providing a wheelchair for Mouamin, along with uniforms, shoes, hygiene kits, and heaters for him and his classmates.

Mouamin was stunned when his Ms. Tagreed and her son Omar showed up to deliver the wheelchair. He could not believe this bright red, life-changing gift was for him!

He was so thrilled, he refused to accept a car ride back home. He told everyone that he wanted to “walk in the street.” After falling in the same streets so many times, he wanted to travel these same paths under his own power—and he wanted to share the experience with the kind people who had helped him home so many times.

The Back to School campaign has had such an impact because you gave us the ability to care for students as people—people who happen to be displaced.

Tagged: back to school Kurdistan Mosul