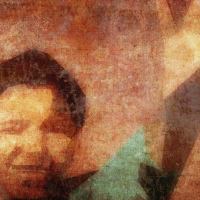 International Day of Peace—seems like the annual reminder couldn’t come at a more needed time.

In Syria, an aid convoy was bombed by airstrikes, killing aid workers and crushing a fragile cease fire. The attack prompted the UN to suspend all aid deliveries into Syria.

In Iraq, the army and militias are moving toward Mosul, the largest ISIS stronghold left in Iraq, retaking villages as they push north. But hundreds of thousands of remaining residents live in fear—both of ISIS and the aftermath of their liberation.

And in Libya, three separate governments continue to battle for power, control, and precious oil resources. Basic services in large cities like Tripoli can be hard to come by, with regular water shortages and daily electrical outages that last more than 6 hours at a time.

This week, Libyans have taken to Twitter, using the hashtag #PeaceInMyLibya to tell the world what peace means for them in the midst of ongoing conflict. And the world needs to listen.

Their messages to the world largely fall into two themes: how they will know peace has been achieved, and what it’s going to take to get there…

#PeaceInMyLibya means job opportunities, means freedom of expression and creativity .. a Libya we always dreams of

#PeaceInMyLibya means I don’t have to lie about my tribal origin at every checkpoint, means taking the shorter route to work without fear

#PeaceInMyLibya would be a normal boring day without the worry of war , kidnapping or bloodshed .

The clear (and longed for) signs of peace are striking for just how ordinary they are. So many Libyans dream of absolutely normal things we take for granted: stable electricity, cash in the banks and banking services, access to health care, good schools, job opportunities, and the chance to have a normal, boring day.

Boring can be a luxury.

Messages also listed the freedom from things we can’t imagine being part of ordinary life: kidnapping, bloodshed, and war.

#PeaceInMyLibya means to be free to disagree without fear .

#PeaceInMyLibya means not to personalize arguments. If i don’t agree on what you say, that doesn’t mean i have a problem with you

#PeaceInMyLibya means to put down weapons, pick up shovels. Work from dusk to dawn to rebuild our #Libya

#PeaceInMyLibya is to understand one another and work together for the greater good & betterment of #Libya https://t.co/SHemSZ1KXV

Libyans were clear, too, on what they had do to create peace: learn to disagree well, stop making arguments personal, put down their weapons and pick up tools to rebuild, work for the greater good, and nurture understanding, tolerance, respect, diversity and forgiveness.

It seems what Libya needs to create peace is what we all need. The messages sent from Libya remind us that peace is not ethereal, soft, or unachievable.

Peace is active, not passive.

Peace is the presence of justice, not the absence of conflict.

Peace is hard… but peace IS possible.