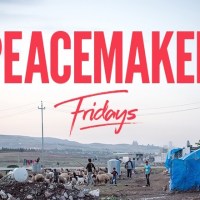 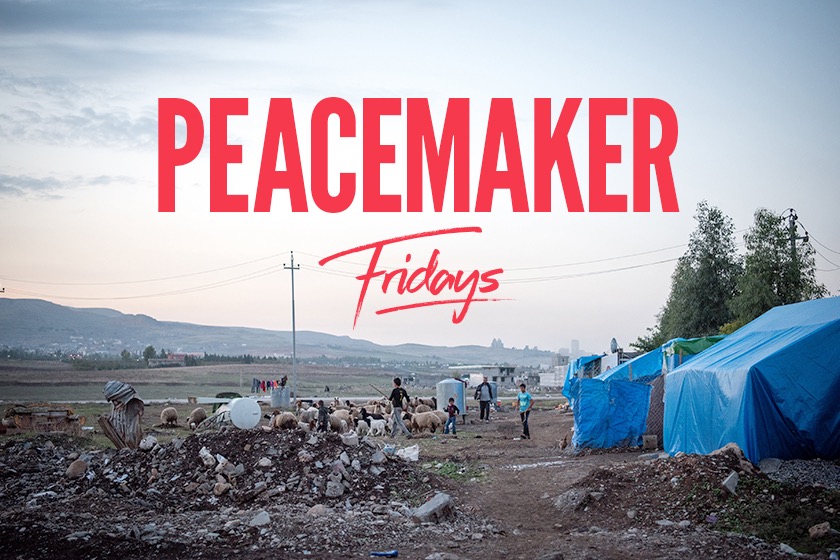 Israeli and Palestinian chefs serve up hummus and peace

Oz Ben David and Jalil Dabit do more than make delicious hummus at Kanaan—their popular Middle Eastern fusion restaurant in Berlin. Ben David, who grew up Jewish in Israel, and Dabit, an Arab Christian from Palestine, use their food to wage peace. Through a series of remarkable events, both men found themselves in Germany with similar goals: to serve great food and broaden the perspectives of others.

In Germany, the refugee population has risen sharply, and tensions are high. Ben David and Dabit see this as an untapped opportunity. “Are we going to miss the opportunity and see a crisis,” Dabit asks, “or use the opportunity to make us stronger?”

When starting their eatery, the pair took a cue from Dabit’s family restaurant in Palestine, which has employed Arabs, Christians, and Jews side by side. Similarly, Kanaan employs refugees and immigrants from all over the world, giving them a tangible skill while earning a living and learning German. Dabit and Ben David also pull from the culinary traditions of their host country, combining German foods with traditional Middle Eastern recipes.

The result? High praise and the potential for expansion. “Here, next to the table, is a peace zone,” says Ben David. “Our message,” says Dabit, “is that when we combine things together, it’s always better.” Read more…

“Our message is that when we combine things together, it’s always better.”
– Jalil Dabit

Amr Arafa, who came to the US more than a decade ago, understands the challenges of starting over in a new country. Now that he is settled, he wants to make “vulnerable newcomers to the country feel at home.”

Recently, Arafa, originally from Egypt, began offering his studio apartment to refugees and survivors of domestic violence for free. The experience prompted him to launch a website, EmergencyBnB, to help others do the same. His site is growing, and local refugee agencies are expressing interest in using it to help families find places to stay.

Afra himself has had incredible success hosting in his own apartment to those in need, including a woman escaping an abusive relationship and a Syrian couple seeking asylum. “It completely changes your mood, knowing that you’re capable of giving,” says Afra. “I know that there are refugees here today, and you have to make them feel welcome here.” Read more…

A massive earthquake hit the town of Pescara del Tronto last month, causing widespread death and destruction. When a group of African refugees living in Italy saw the devastation, they reached out to the Italian charity Human Solidarity Group, who helped organize a trip to the area. “It was their idea. They wanted to do something, so we helped make it happen,” said Letizia Dellabarba.

Despite strong anti-refugee sentiments across Europe, the group felt a sense of commitment to their host country. “We’ve [also] seen people losing their lives [in Africa]… we feel bad and want to help,” said Abdullah, a refugee from Benin. “We feel the need to help them,” he continued, “to show respect to them and their dignity.” Watch more…