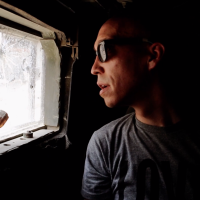 President Trump has announced what he calls a “major breakthrough” in northern Syria, declaring the ceasefire between Turkey and the Kurds to be “permanent.”

“Countless lives are now being saved,” he said, “without spilling one drop of American blood.”

The Turkish offensive, the hundreds of lives lost, the ~300,000 displaced—all of this, according to the White House, was nothing more than a “short-term outburst.”

We at Preemptive Love have teams on the ground in northeastern Syria right now—taking sniper fire, serving those who’ve been displaced. The crisis here is anything but a “short-term outburst.” And it is anything but over.

The one at risk of being ignored right now is a massive humanitarian crisis of the United States and Turkey’s own making.

The United States has effectively embraced the annexation of Syrian Kurdish territory by Turkey. The president has reiterated the talking points of the Turkish government, depicting this 281-mile long, 20-mile deep stretch of land as a “safe zone.”

But it’s no longer safe for the millions of Kurdish families who live here. Or for the hundreds of thousands who’ve fled in recent days.

It does not matter if the displacement of Kurdish forces and families is “just a few miles in a slightly different direction,” as the president said. When you’re forced to leave the only home you and your family have known for generations, you lose more than a building. The social fabric of your life is ripped apart. You lose your livelihood, your heritage, your sense of belonging.

In many parts of Syria (and the world), being displaced a “few miles in a slightly different direction” means ending up somewhere you’re an ethnic or religious minority vulnerable to persecution, or surrounded by people who speak an entirely different language.

Displacement is displacement, whether it’s a few miles down the road or across the sea.

Even if the bombings stop today (which is unlikely), most of these families will not be able to go home anytime soon, if ever. Their communities are now indefinitely occupied by the Turkish military. The same military that has destroyed Kurdish villages and executed Kurdish civilians in the past.

The day before President Trump’s announcement, his top envoy for Syria testified that Turkish-backed forces have committed “several” war crimes during this offensive.

This “safe zone” is anything but safe for the Kurdish families who call this area home.

President Trump’s desire to disentangle America from “endless wars“ is understandable, even laudable. Too many people have paid too high a price for misguided military intervention—from civilians whose lives are forever disrupted by the invasion and occupation of their lands, to US soldiers and their families who sacrifice so much to these interventions.

But once a country intervenes militarily, it owes a debt of responsibility to those whose lives are impacted. It has an obligation to recognize how its years of interventions contribute to upheaval.

In his address, President Trump said, “Turkey, Syria, and all forms of the Kurds have been fighting for centuries.”

This line of thinking ignores the fact that Western powers after World War I promised the Kurds their own country—and reneged on that promise. Allies of the Kurds have used the implied or explicit promise of a homeland to win their support more than once over the years, including when the US urged the Kurds and other Iraqis to rise up against Saddam Hussein after the first Gulf War.

They’re not. The polarization of American society over the last few years should be enough to bear this out. Some countries may be more prone to export their violence, while for others without this capacity, violence plays out internally. But much of the conflict we see in the Middle East today is a consequence, in part, of decades of outside intervention.

We should not repeat the mistakes of the past. But we shouldn’t leave innocent people to suffer the results of those mistakes, as if we had nothing to do with them.

We should not leave our Kurdish friends, who sacrificed their lives to the fight against ISIS, to be driven from their land by an opposing force.

Most of all, we must not wash our hands of the humanitarian crisis we helped create. The decisions made in Washington and Ankara and Sochi the last couple weeks will have generational effects for people on the ground in Syria.

Hundreds of thousands of families are still displaced. Still sheltering in empty schools and abandoned buildings. Still hungry and desperate for medical care. Still without a home as winter approaches.

There is no breakthrough for them yet. And we’re not going anywhere until they are safe.