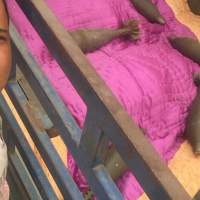 Along this stretch of land from Fallujah in central Iraq, all the way up to Mosul—this is where you’ll find the greatest need in Iraq right now. And it’s exactly where you’re working.

When we say you’re serving in the places others dare not go, this is what we mean. Millions of dollars in aid for Iraq—food, water, medicine, hygiene kits— going to the people who need it most. Your money, your prayers, your attention, and your compassion are serving hard-to-reach families along the road to Mosul, the last ISIS stronghold in Iraq.

You are chasing the need—you’re on the heels of military convoys and minesweepers. You’re at the headwaters of the global refugee crisis. Every time ISIS loses ground, every time the front line is pushed further north, thousands more are displaced and forced to run.

And together, we’re there for them.

As they reach the checkpoints on the edge of ISIS’s shrinking empire, we greet them with water, food, medical care, and other essentials.

You’re on the heels of military convoys and minesweepers. You’re at the headwaters of the global refugee crisis. Every time ISIS loses ground, thousands more are displaced… and together, we’re there for them.

On our latest deliveries in just-liberated towns, our convoy was near several roadside bombs and recovered unexploded rockets and shells.

In a beautiful moment of celebration, we cheered as one of our volunteers was reunited with his family after two years of separation. He was out of town when ISIS captured his home with his family inside. Now they’re together again.

Soldiers danced and fired their rifles in celebration after the liberation of yet another town from ISIS—the so-called caliphate is shrinking.

Their days are numbered—and we’ll be here to serve those who’ve suffered most at their hands.

We’re with you, with them.