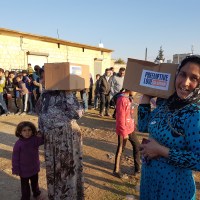 A year ago, we stood near the border separating Syria from Iraq. Behind us, ruined cities and mass graves—scars left by ISIS on the Iraqi landscape. In front of us, one of the most brutal conflicts of our lifetime.

The Syrian civil war reached the six-year mark today. Nearly half a million people are dead or missing. More than half the entire population has been uprooted by war.

As bloodied children have been pulled from the rubble of airstrikes, as entire neighborhoods in eastern Aleppo have been pounded beyond recognition, the world has alternated between rapt attention, a sinking feeling of helplessness, and forgetful indifference. 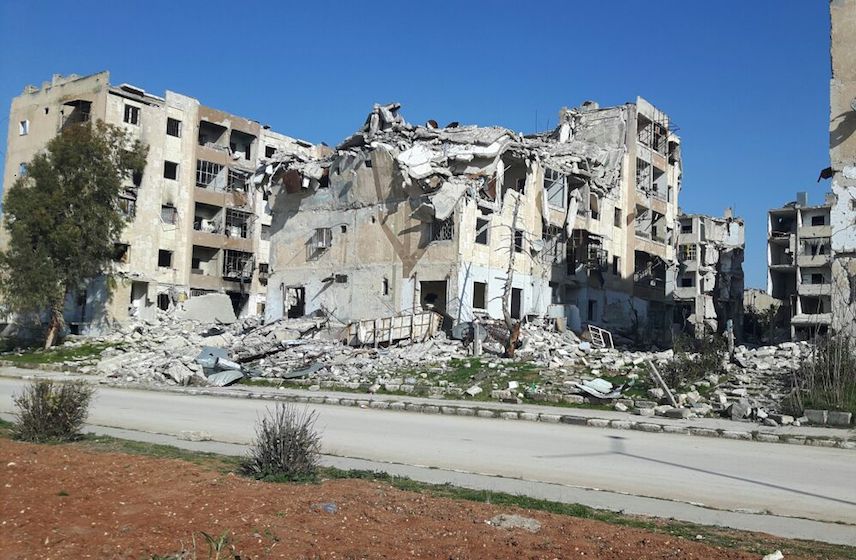 The sixth anniversary of the conflict might briefly bring Syria back into the spotlight. But even when most of the world looks away again, as it did after the final battle for eastern Aleppo last December, it’s all still here. It’s still happening. The bombs are still falling.

And you’re still here, too, serving Syrian families on both sides of the border.

You’ve fed hot meals to more than 40,000 displaced and vulnerable people per day in the Aleppo countryside, including those who went for days without eating until you showed up. 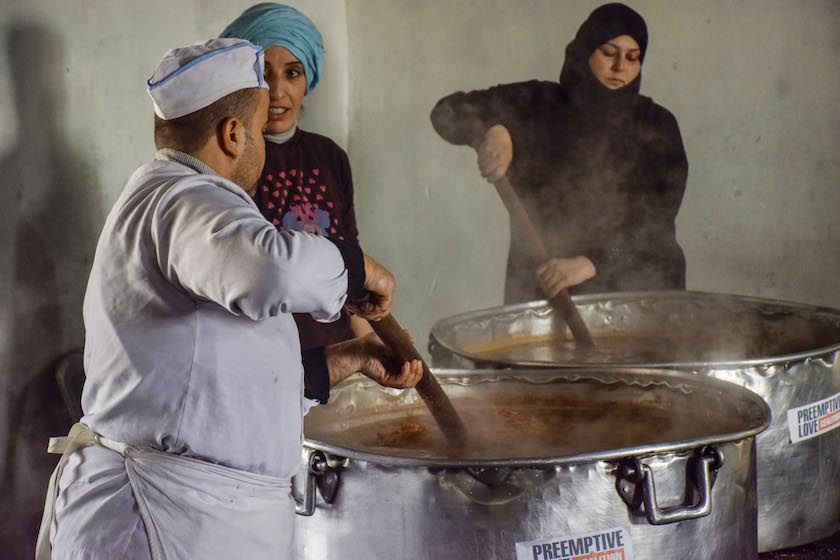 You’re distributing ready-to-eat food packages to families on the frontlines of conflict.

When five villages were liberated from ISIS in Syria last week, you were there within hours—with food, hygiene supplies, and sleeping bags. You served 7,000 people who had lost everything.

You’re in Aleppo standing with those returning home as they start the long, difficult work of rebuilding.

When Syrian families fled across the border to Iraq, seeking shelter in faraway refugee camps, you were here too. You showed up for women like Sameeha, who once owned a thriving business in Damascus. Now, even as a refugee, she’s started a new business, with the help of an empowerment grant from you. Her dream is to employ other displaced women like her—so they can lift each other up.

Many of the kids in these Syrian refugee camps have known nothing but war and displacement. This is the only “normal” they’ve ever experienced. But you are here for them, too. 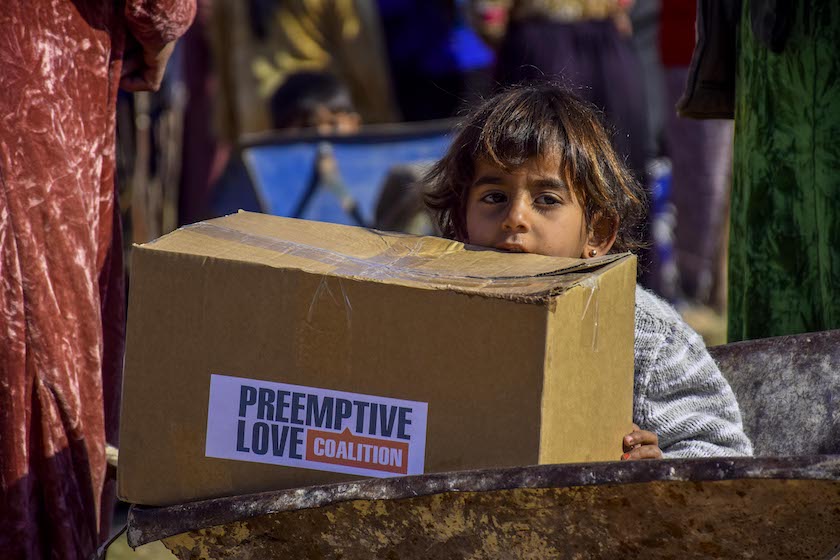 In a few days, they’ll celebrate Nowruz, the Persian new year and the beginning of spring.

It’s hard to look at Syria right now and believe that things could ever get better, that a new beginning could be around the corner. But one family at a time, one hot meal at a time, one empowered refugee at a time—you are unmaking violence.

It may seem small. And there’s a long way to go—Syria’s civil war shows no sign of letting up as it crosses the six-year mark. In the weeks ahead, hundreds of thousands more could be displaced as the battle for Raqqa, ISIS’s self-proclaimed capital, begins.

But you are here. You keep showing up.

Your love keeps crossing borders to stand with those whose lives are unmade by violence. Thank you for defying hopelessness and staying with these families when so many others have moved on. Thank you for being first in, last to leave.

Send help to Syrian families who are still trapped by civil war.