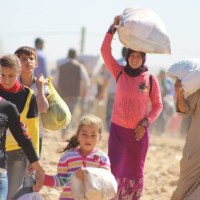 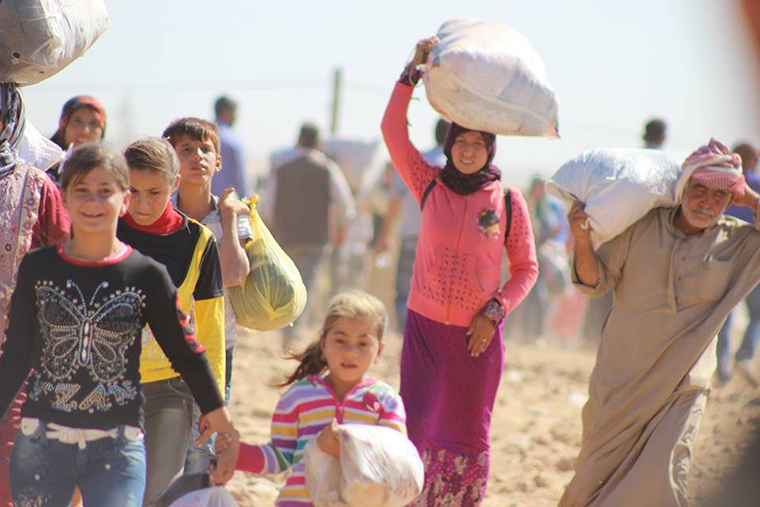 Add in a major military conflict, and the complication increases further. Posts like this, giving a brief overview of ISIS, help explain some of the layers of complication. We hope to make the news a little more accessible, and to give a wider glimpse into the people we serve.

Who is ISIS? ISIS stands for ‘Islamic State in Iraq and Syria’. It is an extremist Islamic group operating in Iraq and Syria. ISIS is seen by many in the west as a terrorist group formed of jihadists*, but others believe them to be a well-organized, well-funded political group that commits acts of terrorism and violence. ISIS are Sunni* Muslims, and have very conservative ideas about how Islam is to be practiced. They only acknowledge other Muslims who practice the same way. They have been around for 10 years, originally operating within al-Qaeda. But differences in ideology, and ISIS’ much more violent approach caused a split in 2012. (Dive deeper here and here)

What is their purpose? ISIS desires to unite all Muslims under a 7th Century-style Islamic state or caliphate*. They want to rule over religion, government and most aspects of life through the use of Sharia law*. Their current goals include establishing their rule in Iraq and Syria, but in time plan to expand into a larger territory that includes the entire Middle East, Spain, northern Africa, and south-eastern Asia. (Dive deeper here and here)

How are they funded? For their early history they were funded primarily by wealthy individuals in the Middle East. But now, they are believed to be largely self-funded. In all areas where they have seized control, they have been thorough in extracting as many resources as possible. They have looted banks, taken over oil refineries, and sold oil, established an elaborate system of taxation, extorted payments through kidnappings, trafficked young girls and women, and even looted and sold archaeological antiquities. It  all adds up to millions daily. (Dive deeper here)

What impact has ISIS had on Iraq’s children waiting for life-saving heart surgeries? Everyone living in Iraq, Syria, and neighbouring countries have been impacted in some way by ISIS. Within Iraq, more than a million people have been forced to flee their homes to find safety. That includes families with very sick children. Medical services, stretched thin before the conflict, have become harder for families to access, as doctors have been re-directed in their efforts to cope with the fall-out of war and influx of hundreds of thousands of refugees. It means that our near-decade-long effort to eradicate The Backlog has become more difficult. And it means that we’re ever more grateful for your support.

Jihadist—The word Jihadist as used in current events refers to a Muslim waging a “holy war” for Islam. Traditionally, a jihadist is one who struggles to live out the Islamic faith as well as possible. It describes an internal wrestling to become a good believer. While military jihad could be used as a last resort to protect the faith, the concept has always been much more broad. (Dive deeper here and here)

Caliphate—A Islamic state. Transnational, political and religious. The caliphate declared by ISIS leader Abu Bakr al-Baghdadi seeks to unite all of the world’s Sunni Muslims under his leadership as caliph. In Islamic tradition, the caliph is considered a successor of the Prophet Muhammad, one who carries the authority of God, and as such has absolute power and authority. Creation of a caliphate (or re-creation, really) seeks to return Islam to it’s 7th Century roots. (Dive deeper here and here)

Sunni/Shia—Two branches of Islam. While the comparison isn’t perfect, there are parallels to Catholicism and Protestantism in the Christian faith. ISIS is an extremely fundamentalist Sunni group. The majority of the world’s Muslim followers are Sunni, while Shias are the minority, primarily located in the Arab Gulf, Iraq, and Iran. (Dive deeper here and here)

Sharia law—an legal framework based on interpretations of the Qur’an, Shria is an ethical code that gives Muslims direction in how to live daily life. It literally means “the clear, well-trodden path to water”. There is, in fact, no single Sharia law. There are 5 different schools which study issues and hand down rulings. Each differs in the way they interpret texts. (Dive deeper here and here)