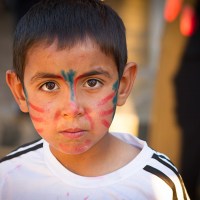 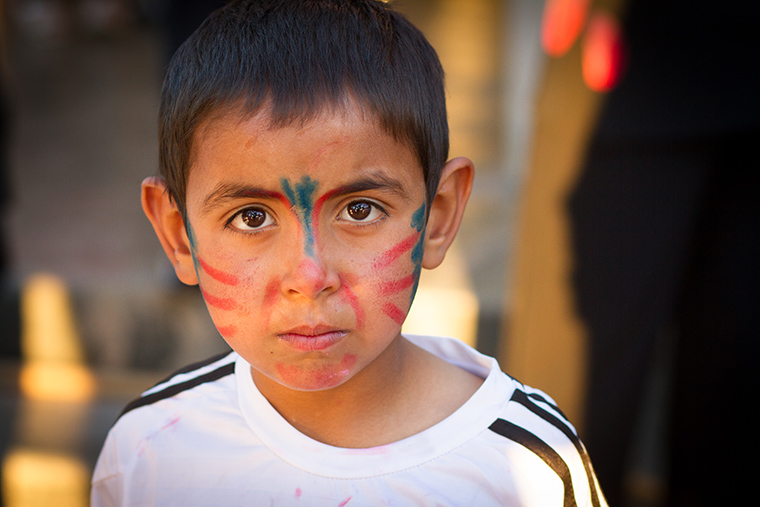 As we entered the hall, we could feel the energy crackle. Throngs of children and their parents packed out a hall decorated with shiny streamers and balloons. Music pumped through speakers, and thickly costumed teenagers dressed as Mickey and Tigger defied the heat and danced with the children all afternoon. Face painters applied animal motifs or colourful flags to young faces, showing off the backgrounds of Arabs, Kurds and Turkmen.

It was everything a kid could hope for in a party: coloured eggs, silly string, confetti cannons and cotton candy. 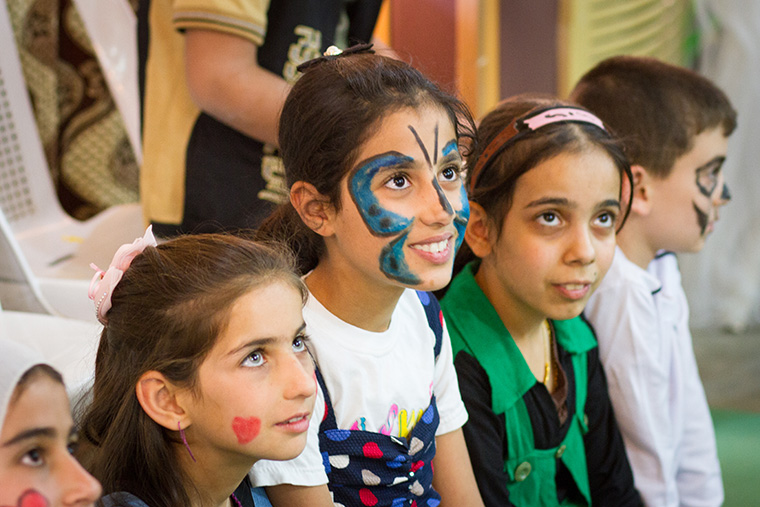 There was purpose in the fun though. This Easter party, hosted by a local Assyrian church, was held for displaced children. The kids are from a wide variety of backgrounds and faiths, but they all have something in common—violence, grief, and the need to deal with the loss of their earlier lives. Woven into the party fun were activities designed to bring healing.

Children knelt in circles on purple carpet, ready to play a game.  Balls of string were tossed to each in the circle. The child who held the ball had the turn to speak, telling something of themselves before the ball was tossed to another child. 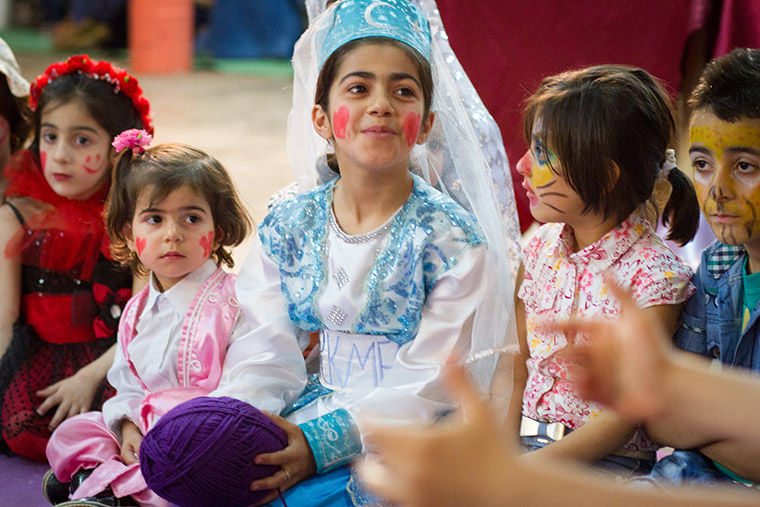 Questions started out fun and lighthearted—each child described what kind of animal they would like to be. In time the questions became more serious—they were asked to describe their biggest fears. In this safe space, surrounded by family and caring adults, each child in turn gave voice to the things most troubling. They talked about fears common to young ones, but they also talked about violence and ISIS. By the end of the “game” a network of string was made, which connected the kids in the circle.

The string game was a perfect metaphor for the wider connections represented at the party. There was a much larger circle of impact that you helped to create. 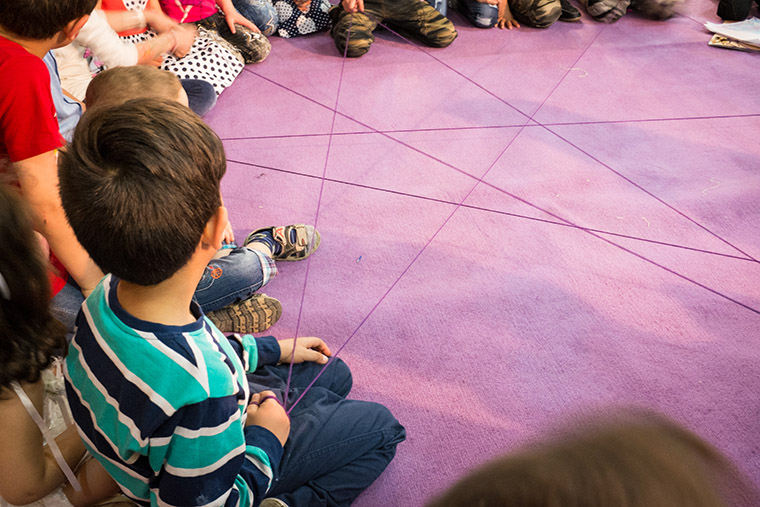 The young adults who painted faces, handed out colouring books, and drew out children’s stories with a ball of string were themselves displaced. In giving children a safe space to play and process, they were giving themselves the same.

The women who baked pastries called kelecha, sent home with party-goers, recently started a bakery with funds that you provided. The party was a great opportunity to give them a large, encouraging order early in their business.

One of the girls who attended the party, her face painted brightly, recently received a wheelchair because of you. This was the very first party she was able to attend as a mobile person. She was danced through clouds of confetti in her chair, this time not missing out on a single beat.

As we looked around the room we recognized the faces of other new business owners and their families. There were smiles and waves as our eyes met. The room wasn’t only packed with party supplies, it was packed full of hope! 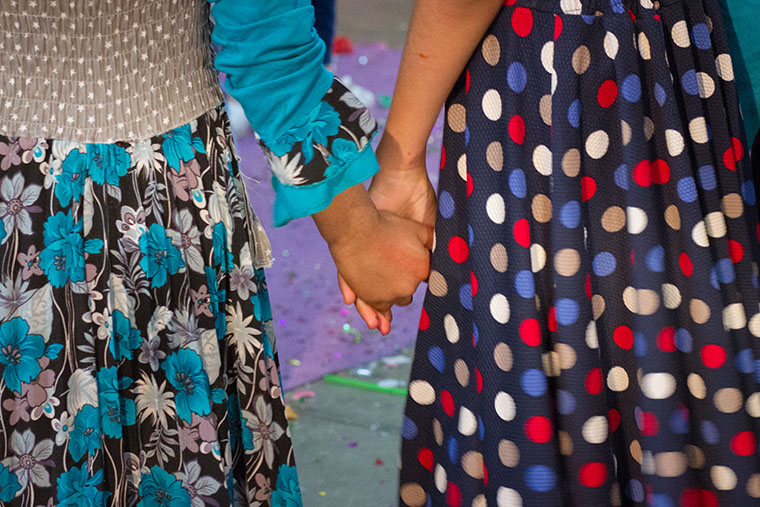 The day was crazy, and it was beautiful, and it was messy—just like life. The fun, the processing of past traumatic experiences, and the long-term outworking of it all is messy business. But it’s essential, and we’re excited and grateful to be part of the process.

You do something remarkable when you give funds to support this community. Thank you! 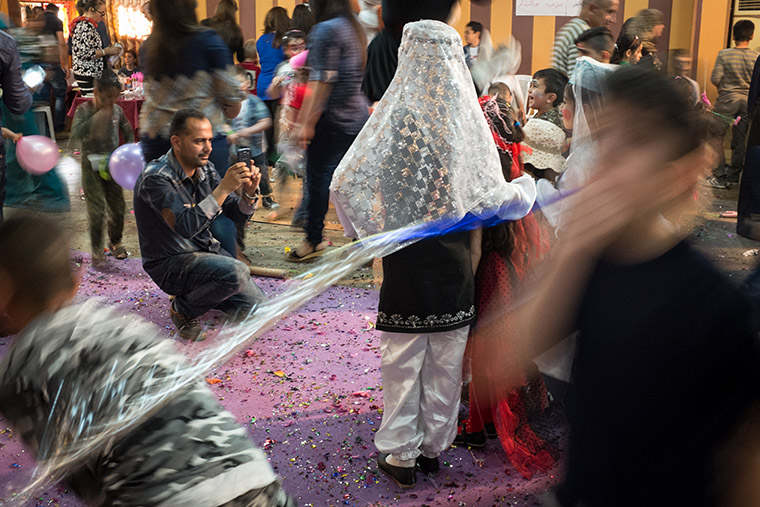