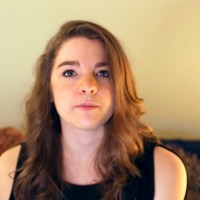 “It only took two-and-a-half months for our fear to make us forget.”

That’s what prompted Summer Downs to do something we think is, well, pretty amazing.

Last September, the world was moved to compassion for refugees who were fleeing violence in places like Syria and Iraq. But as the year drew to a close, it seemed as if compassion had given way to fear. Fear of attack. Fear of those who are different from us. Fear that the crises of our world might overwhelm us.

Summer Downs, you should know, is not the type of person to let fear get in the way of her compassion.

Instead, she chose to start a fundraiser calling people back to their compassion, calling them back to what they felt last September. “We must refuse to give up on people,” she said. “They are our family.”

Summer set a goal of raising $5,000 by tomorrow, January 15, “to liberate women who’ve been kidnapped and sexually exploited by ISIS.” Taking it a big step further, she promised to shave her head at the completion of her fundraising campaign:

In the name of people who have been forced to give up everything, I am choosing to sacrifice something very precious to me as a woman: my hair. It may be small compared to their loss, but I believe that I must risk something in order to love.

You should know that Summer has already surpassed her fundraising goal. (If you know anything about her, this will not come as a surprise.) Tomorrow, she will shave her head in solidarity with those extraordinary women who have lost everything they have to violence.

It’s not that you should give in order to push Summer’s campaign over the top. She’s already there. But there is an even better reason to do so.

When you give, you prove that “love is stronger than terror,” as Summer puts it. When you help those who have been brutalized by violence, “you see their humanity, and they see yours.”

After all, as Summer asks, “Aren’t our brothers and sisters worth everything?”

Let’s show them they are. Let’s show that our fear has not made us forget, that our compassion is strong. As we do so, let’s cheer Summer across the finish line of her campaign.

To learn more about ways you can confront fear with preemptive love, click here.