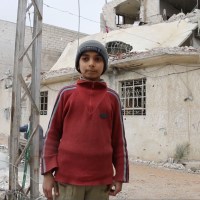 I cannot shake Omar’s words from my head.

Yesterday was one of the deadliest 24-hour periods in Syria since the war began—dozens killed in airstrikes. Even hospitals weren’t spared.

Food is running out in besieged and bombarded communities across Syria. Many families have only one meal a day. Some are eating paper, leaves, mice, even dirt—just to survive.

Somehow, against the odds, Omar has managed to keep 12 kids alive and cared for during the siege. But every day gets harder. Every day, something in him breaks.

Omar’s house was bombed the day before this video was made. His family made it out alive… but they have nothing left. Bombs keep falling. Families across Syria keep wondering when it will finally be safe, when they will be able to rest, even for just a moment. 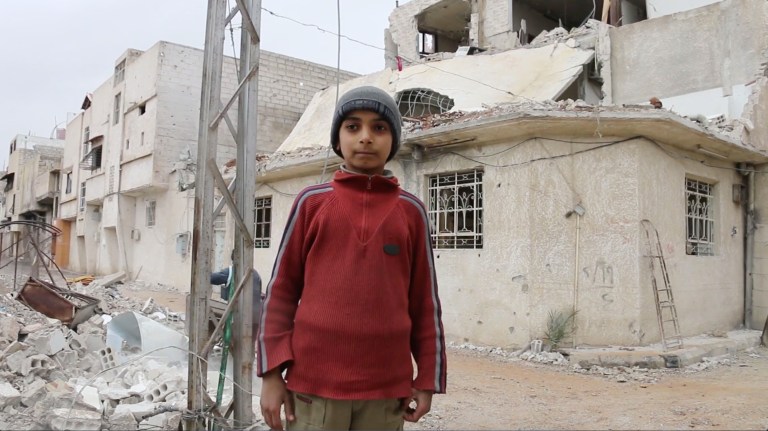 “We’ve forgotten what it’s like to sleep,” Omar says.

It feels like the whole world has given up on Syria.

The nearly 7-year-long war barely makes the news in America anymore, but make no mistake: there are still refugees washing up dead on the beach. There are still children being pulled from the rubble. Mortars and missiles and chemical weapons are still falling on communities like Omar’s.

Families on all sides of this conflict are suffering. They’re caught in the middle of a war they didn’t ask for and do not want.

They don’t have enough food, no fuel to cook with, no electricity. They’re forced to drink water contaminated with raw sewage. Their hospitals have been destroyed.

Thousands are living in makeshift shelters and tents, with no protection from the cold. They’re burning furniture and toys for fuel and selling their cars in return for something to eat.

The going rate in one Syrian city right now: one car for a 10-pound bag of rice.

The world has given up on Syria. Which is why we can’t.

We’ve been responding in the worst-hit parts of Syria for over a year. In besieged and bombarded cities, in communities devastated by airstrikes and chemical attacks. Your impact has been amazing—and now they need us to show up again.

When friends like Omar wonder how much more they can endure, how much longer they can hold onto hope—that’s when you show up.

Help Syria families know they are not alone or forgotten.

Please give today—and provide emergency food, medical care, winter survival packs, and other lifesaving essentials for those trapped on the frontlines.