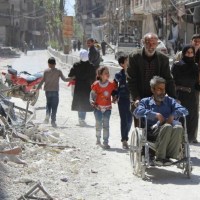 Over the last week, thousands of you have watched the crisis in Syria unfold. In the wake of chemical attacks, retaliatory strikes, and families fleeing for their lives, you refused to be paralyzed. You refused to look away.

You are showing up for the people of Syria. You’re fueling our team’s response on the frontlines.

Early Saturday morning local time, the US, British, and French militaries launched a coordinated strike in response for the April 7 chemical attack. One of the targets was approximately 8-10 miles from our team’s position. Our Syria staff and colleagues are safe and accounted for.

In Damascus, many Syrians took the streets today, protesting the strikes and celebrating what they view as a Syrian victory over the US and its allies. Opposing sides have offered dueling narratives about the strikes and their impact. US officials claim that most or all of the missiles hit their intended targets. Syrian officials, who deny responsibility for the attack in Douma, claim to have intercepted most of the missiles and that little damage was done. 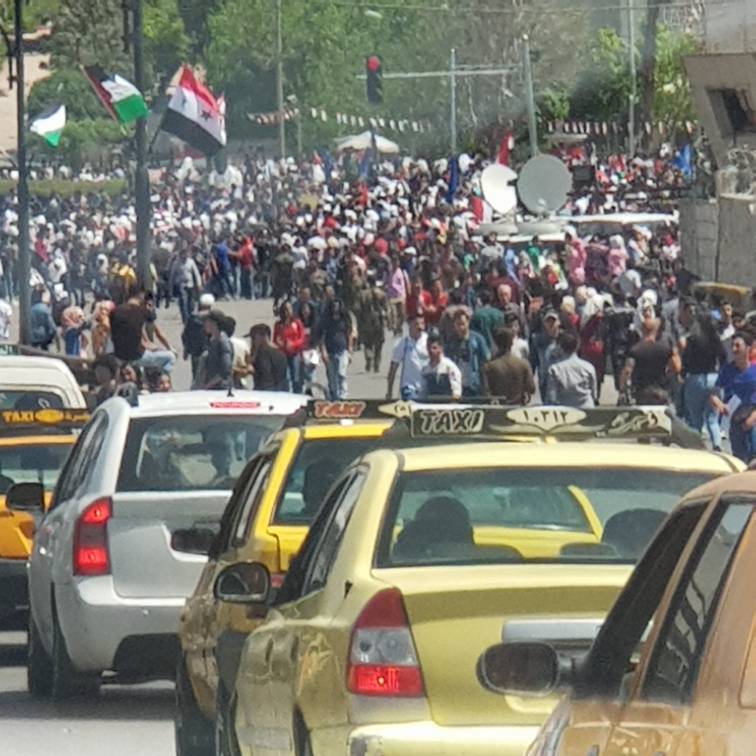 Meanwhile, many Syrians on all sides of this conflict are weary of a war that never seems to end. We continue to serve without regard for which “side” people are on. We are on the side of bombed-out, driven-out desperate children, women, and men who’ve lost everything.

You’re making it possible to provide another 30 days for 3,500 families. You’re providing cooking fuel, water, and electricity for an emergency kitchen serving hot cooked meals to those who were forced to flee. Many of these families endured unimaginable hunger, surviving for months on just one meal a day. You are sustaining them.

You’re making it possible to provide thousands more emergency hygiene items including soap, sanitary pads, and diapers for families who fled with nothing.

You’re sending two additional mobile medical teams to provide urgent care for the injured and ill. The teams include a generalist, obstetrician, midwife, pediatrician, nurses, drivers, and others. The clinics will operate inside eastern Ghouta, where many families have gone years without adequate medical care. You’re also continuing to provide care for displaced families in the shelters just outside Ghouta. These families are not allowed to leave without special permissions from authorities—so it is critical that we meet them where they were with what they need.

You are making that possible. You are helping us reach thousands more families whose lives have been unmade by war.

Today our team tried to enter Douma, site of the recent chemical attack. To the best of our knowledge, no outside aid has reached here yet. Unfortunately our team’s permission to enter was delayed while chemical weapons inspectors continue their own efforts to access Douma.

Our team plans to make a second attempt to access Douma tomorrow.

This is a dynamic, ongoing conflict. The situation can change at a moment’s notice, and we will continue to adjust our response to meet the most urgent, unmet needs. You are making that possible—thank you.