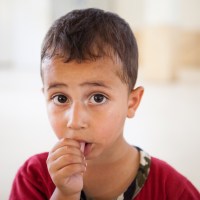 President Donald Trump’s decision to withdraw US troops from northeastern Syria raises all kinds of questions.

It’s easy to opt for predictable (and mostly partisan) responses: either praising the decision as another campaign promise kept or criticizing it for feeding uncertainty among America’s allies and partners.

But this is not a partisan issue. It’s not about who occupies the Oval Office. And if we rush to political posturing and point-making, we will miss the larger questions we need to ask.

1. Is this “Mission Accomplished”?

In his video announcement, the president declared, “We have won against ISIS… we’ve taken back the land.” That will come as a surprise to many in Syria and Iraq who still live daily under the threat of ISIS.

I can tell you, from our vantage point on the ground here in Syria and Iraq, ISIS is not defeated. The president’s statement conflicts with the assessment of his own military advisors and the evidence of our own eyes.

ISIS still controls territory along the Syrian-Iraqi border. They still command an estimated 20,000 to 30,000 fighters. They still terrorize communities in both countries.

US troops have helped degrade ISIS as a major military threat. They have substantially reduced the amount of territory held by ISIS. But it seems premature to say “we’ve won,” especially when you consider the recurring cycle of American intervention and withdrawal in the Middle East, and the vacuum it creates for one terror group after another.

2. Should America have intervened in the first place? Once we have, what’s our obligation?

You can argue (especially if you support withdrawal) that the US should never have intervened in Syria to begin with. A similar thought weighed heavily on President Obama’s mind when he oversaw the withdrawal of US troops from Iraq in 2011, and later when he was confronted with the mounting crisis in Syria. After disasters in both Iraq and Libya, Obama was hesitant to commit the US to yet another military misadventure.

Maybe he should have listened to those hesitations. Arguably the greatest impact of outside intervention in Syria—from America, Russia, and a host of actors—has been simply to prolong an already brutal civil war, with both sides propped up by their allies just enough to keep fighting.

More lives lost. More communities destroyed. That is the legacy of outside intervention in Syria.

The US has not only helped weaken ISIS, our airstrikes have killed hundreds of civilians, particularly in the former ISIS stronghold of Raqqa, Syria. Russian intervention has also caused massive civilian suffering and death.

In 1991, after the US stopped short of deposing Saddam Hussein during the first Gulf War, President George H. W. Bush urged Iraqis to take matters into their own hands. This led many Shia in the south and Kurds in the north to believe that if they rose up, America would come to their aid.

They rose up. But no such help came. Many were killed and many more displaced until the US imposed a no-fly zone.

After the 2003 invasion, the US disbanded Iraq’s entire government and military. Thousands of soldiers and government workers were cast aside—deposed, disillusioned—creating a vacuum that fueled an insurgency killing Iraqi civilians and American troops by the thousands.

Then in 2011, Obama presided over the withdrawal of US troops (after negotiations with the Iraqi government failed). This created the vacuum into which ISIS marched and quickly spread across a third of Iraq and deep into Syria.

America and its allies have intervened and abandoned the Middle East so many times.

Every time we do so—every time we displace or depose existing governments—we leave behind a power and security vacuum that is easily exploited by extremist groups or regional powers.

Intervention-then-withdrawal creates a breeding ground for every kind of extremism we set out to destroy.

This is what makes predictable partisan responses so unsatisfying.

Yes, withdrawal at this point could have disastrous consequences—creating the very conditions that allow ISIS to reconstitute, reclaim territory, and plan new international attacks against civilians.

And yes, intervention has had disastrous consequences for so many in Iraq and Syria. Arguably, much of the last 15 years would not have happened if the US had not invaded Iraq in 2003.

Military intervention and withdrawal are both perilous options. So now what?

3. Is isolation the only alternative to intervention?

Months before President Trump announced the withdrawal of US troops, the US government canceled $230 million it had committed for rebuilding war-torn Syria.

This isn’t just a military withdrawal. We are abandoning the people of Syria, leaving them isolated, precisely when they need us most.

We’re deserting persecuted religious and ethnic minorities who have endured enormous suffering. When ISIS rose to power, Christians were forced from their homes. Yazidis were driven up the side of a mountain, kidnapped, and slaughtered en masse.

Isolation means forsaking them to the same fate all over again. We will have no excuse when the next genocide targets people we claim to care about, or when the next attack hits a marginalized community.

But isolation is not the only alternative to intervention.

We can engage with diplomacy where diplomatic solutions are possible. We can invest in reconstruction and the rehabilitation of broken communities. We can create opportunities for families where jobs and income are scarce—and take away one of the most potent recruiting tools that extremist groups have.

Right now, the US government is on an isolation course regarding Syria. It may be the politically expedient thing to do for now. But it will not serve our Syrian friends well—and in the end, it likely will not serve America well either.

3. Are governments and militaries the only ones who can fix this?

Decisions in Washington have been made. Troops are pulling out. The government is scaling back—or abandoning altogether—its commitment to rebuild war-torn communities in Syria.

But just because they give up before the work is done—before families are safe and secure in their own homes again—doesn’t mean we have to.

It might seem overwhelming, given all that’s lost. After all, if governments and militaries have given up on Syria, what can we really do?

More than you think.

It can start with windows and doors, restoring bombed-out houses in Aleppo neighborhoods.

It can start with seeds planted deep into the Syrian soil, growing into crops that grow into income for a family driven to poverty by war.

It can start with medical care in war-torn neighborhoods, reaching the families who can’t flee so they have what they need to be well, right where they are.

Others may come and go, intervene and then withdraw, leaving a trail of broken lives in their wake. We can stay and pick up the pieces—and help our friends rebuild.

This is what can happen—what is happening in Syria.

Our commitment to Syria in the year ahead is stronger than ever. But we need you to come with us.

Join our monthly giving community today—and stand with the people of Syria as they rebuild in the year ahead.